Frontex, the European Border and Coastguard Agency, is under fire for not preventing illegal “pushbacks” to move the boats out of European waters. A new report by the Euro-Mediterranean Human Rights Monitor details actions it claims Frontex has been involved in or failed to stop.

Dr Tanya Newbury-Smith, a British trustee of the group, said: “This report clearly articulates ongoing violations of the European law by Frontex. The practice of pushbacks, called ‘Greek water polo’ in the Aegean, is not only illegal under human rights and international maritime laws but endangers the lives of vulnerable men, women, and children who continue to cross in over-crowded and unsuitable boats or dinghies.

“It is only compounded by reports that before being pushed back into non-EU waters, some of the vessels have been intentionally disabled by removal of their engines or fuel. I would urge the UK Government to not turn a blind eye to these abuses, in adherence to its mandate to international maritime and UN Conventions.”

The human rights body expects Frontex’s spending to hit €11 billion over the 2021-27 period. 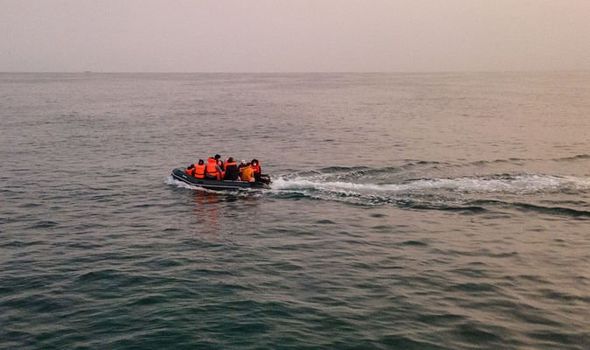 The report follows the announcement that the EU’s anti-fraud watchdog, Olaf, has launched an investigation into Frontex. It is understood investigators are looking at incidents of migrant pushbacks as well as harassment and misconduct.

It is claimed that in October Swedish sailors who were part of a Frontex crew witnessed a boat full of migrants being pushed into Turkish territorial waters by a Greek vessel. It is alleged the Swedish crew were advised not to report this.

Ahmed Alnaouq, a spokesman for Euro-Med Monitor said: “If Frontex cannot or will not abide by basic international maritime law and human rights legislation then the UK Government must make clear to the EU that they will withdraw cooperation from the coastguard and border force… At a minimum, the Government must put pressure on the EU to increase transparency around these operations and introduce independent monitoring and complaint handling.”

Tags: autoplay_video, frontex, immigra
You may also like
Recent News: