They had navigated winding mountain roads, clogged with mudslide debris and checkpoints guarded by soldiers, to pay homage at the statue of a doctor with an outstretched hand. Many had traveled by foot because of widespread gasoline shortages.

Deivis Vásquez arrived, presented his only son to the doctor’s statue and wept, overcome with emotion that his boy was well enough to show his gratitude in person.

Months earlier, Mr. Vásquez had come to this very spot, deep in the foothills of the Andes, when his 14-year-old son, Deivi Rafael, lay in a coma on life-support in the pediatric intensive care unit of a government hospital.

A motorcycle crash had caused severe head trauma, and the boy’s medical team did not expect him to survive. If he defied the odds and lived, he faced a 95 percent probability of permanent brain damage.

“There was practically nothing I could do,” said his neurosurgeon, Dr. Edgar Altuve. “If I would have operated, it would have killed him.”

Terrified that his son would die, Mr. Vásquez drove his pickup truck to the tiny town of Isnotú to pray before the large white marble statue of Dr. José Gregorio Hernández, known nationwide as Venezuela’s “Doctor of the Poor.” 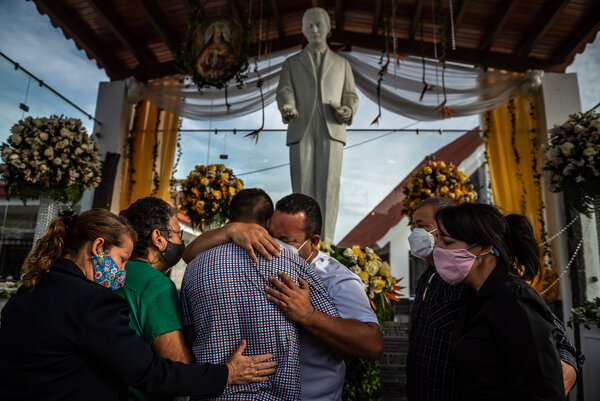 For decades, Venezuelans like him have flocked to Isnotú to beseech Dr. Hernández to heal them or their loved ones. 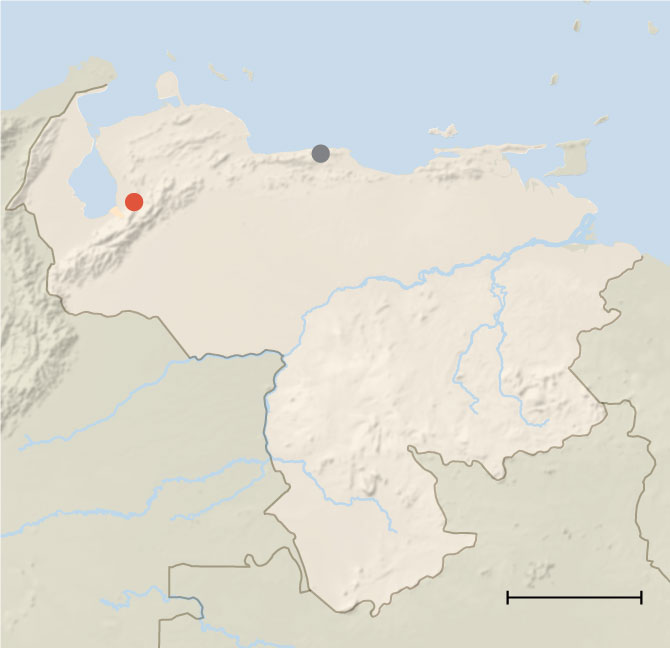 By The New York Times

When devotees believe a cure is attributed to the doctor’s intervention, they present his statue with metal plaques to show their thanks. A few thousand such plaques — inscribed with messages describing successful operations and miracles — have been presented to the sanctuary since it was founded in 1960. There is now little room for more.

Born in Isnotú in 1864, Dr. Hernández studied medicine in Paris. Later, the Venezuelan government asked him to help modernize the country’s health care as both a teacher and researcher.

His reputation for donating medication and treating the most vulnerable patients in Caracas, the capital, for free immortalized him in Venezuelan folklore.

He died in 1919 during the Spanish Flu Pandemic, fatally struck by a car while crossing the street. He had just left a pharmacy to take medicine to an elderly woman.

The image of Dr. Hernández — a mustachioed man in a black suit, white lab coat and bowler hat — is iconic in Venezuelan culture, and appeals across the political spectrum.

Venezuelans who have lost faith in both the Maduro administration and the political opposition can agree that Dr. Hernández can provide for their central need: health care, said Daniel Esparza, a doctoral fellow at Columbia University who specializes in the role of religion in contemporary Venezuela.

“He’s a civilian that actually served other civilians, and that seems to be an ideal that is shared by both parties,” Mr. Esparza said. “We’re orphans when it comes to role models — that’s when José Gregorio jumps in.”

Local Catholic leaders began petitioning the Vatican in 1949 to put Dr. Hernández on the path to sainthood. During the decades-long wait for the Vatican to beatify the doctor, many Venezuelans were lighting candles in his name and placing images of him on their personal altars. To them, he was already a saint.

The widespread reverence for the doctor is evident in Caracas, where red cinder-block shanties line the hills that surround the Dr. José Gregorio Hernández General Hospital of the West, in Catia, a working-class area.

In the midst of the pandemic, and the eighth year of a crippling humanitarian and economic crisis characterized by collapsed public hospitals and widespread medicine shortages, the hospital’s patients regularly pray to the doctor.

So do many of its health care workers.

“It is very difficult, because sometimes you have to do more than is humanly possible,” said Dr. Laura de La Rosa, who treats Covid-19 patients at the hospital. “There comes a point when you say, ‘Listen José Gregorio, this is as far as us earthly doctors can give — you help us from above and we’ll see how much more we can continue to give this patient together.”

In the pediatric ward, Gabriel Tomoche, 11, had been waiting for weeks to get a scan doctors needed to diagnose a mass growing on his liver. Family members placed wet washcloths on his forehead and stomach, trying to break his high fever. They then helped him shuffle to an altar, adorned with notes in children’s handwriting addressed to Dr. Hernández.

In the José Gregorio Hernández Barrio in Cotiza, another Caracas neighborhood, young men playing basketball rolled up their sleeves and pant legs to show off tattoos of the doctor.

Greymer Ricaurte, 32, a graphic designer and rap musician, tattooed Dr. Hernandez’s face on his leg, and said he prayed to him after being shot six times when he was the victim of a robbery. One of the bullets punctured his lung and he nearly died. He still regularly lights candles for Dr. Hernández, saying the doctor helped him survive.

Lucy Monasterios, 61, lives in the barrio, and works as a nurse at a state-run women’s clinic. She said that 38 years ago, after a month of ineffective treatment for a severe case of peritonitis, a doctor resembling Dr. José Gregorio Hernández entered her hospital room and said, “‘Be calm — you will feel better tomorrow.’” He touched her forehead and stomach, she said, and then left.

The hospital said none of its doctors had visited her at the time. But she is convinced Dr. Hernández did.

Soon after, Ms. Monasterios’ said her health began to improve.

In 1986, the Vatican declared Dr. Hernández “venerable,” a necessary step on the path toward sainthood.

A decade after that, exasperated Venezuelans presented Pope John Paul II with a petition signed by five million people, urging him to hurry along the process of beatification. But it wasn’t until last summer, a century after his death, that Pope Francis finally declared Dr. Hernández qualified.

The miracle that the Vatican accepted for beatification was the recovery of Yaxury Solórzano Ortega, a 10-year-old girl who was shot in the head and defied medical odds when she made a full recovery after her mother prayed to Dr. Hernández.

Pope Francis did not attend but sent a video message describing Dr. Hernández as “a model of holiness committed to the defense of life.”

The pope — an Argentine and the first pope from Latin America — said he had never met a Venezuelan “who, halfway through the conversation, did not finally say to me: ‘When will Gregorio be beatified?’ They carried this in their souls.”

The pope added: “I pray to Blessed José Gregorio Hernández for all of you.”

While the Vatican has not classified the recovery of Deivi Rafael as a miracle, the Vásquez family and priests in Isnotú believe it was one.

He emerged from his coma and several weeks of rehabilitation with his cognitive and motor skills as sound as before. His doctors were astounded.

“He gave me back my life,” Deivi Rafael said solemnly of Dr. Hernández. “We must be grateful to him because as he healed me, he has healed many. And he will continue healing.”