MEXICO CITY (Reuters) – An ex-chief executive of Petroleos Mexicanos accused former presidents, ministers, lawmakers, political aides and a journalist of corruption in testimony leaked on Wednesday that is aimed at proving he is innocent of graft charges. 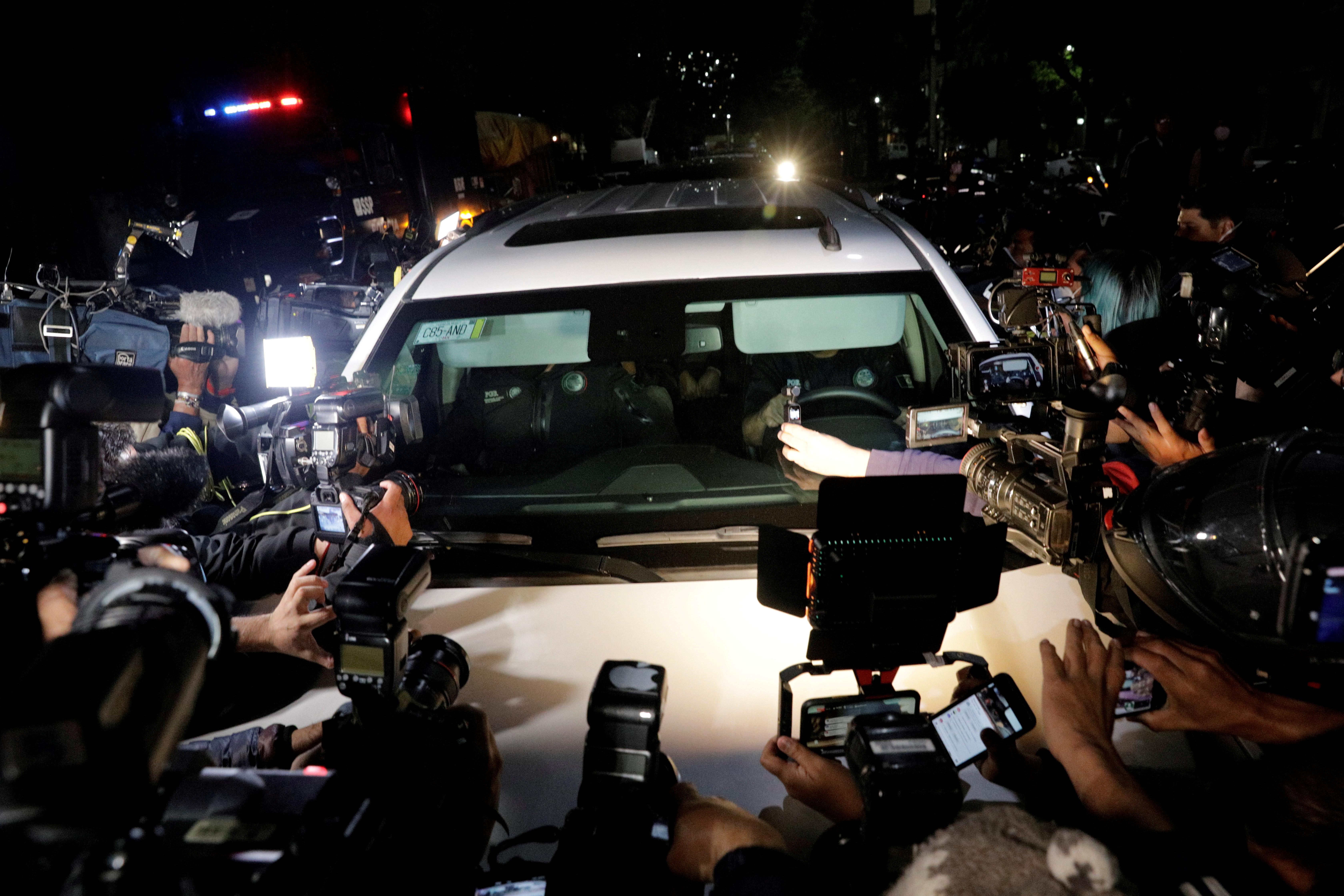 Emilio Lozoya, one-time boss of the state-run oil company known as Pemex, has become the centerpiece of President Andres Manuel Lopez Obrador’s drive to expose corruption he says was rampant in past governments before he took office in 2018.

Lozoya, who was extradited from Spain last month to face trial for taking bribes and money laundering, has sought to deflect blame by accusing former president Enrique Pena Nieto and his ex-finance minister, Luis Videgaray, of instructing him to pay bribes for electoral ends and buy votes in Congress.

Set out in a written statement by Lozoya, those accusations were relayed by Attorney General Alejandro Gertz last week.

A photocopy of Lozoya’s statement began circulating widely among the media in Mexico on Wednesday, prompting the attorney general’s office to say it had not leaked what it described as “the copy of his denunciation”.

In a statement, Lozoya’s lawyers said they took no responsibility for the document attributed to him. Barred from leaving Mexico, Lozoya is awaiting trial at an undisclosed location under the auspices of authorities.

In the 63-page declaration, which was seen by Reuters, Lozoya denounced former presidents Felipe Calderon and Carlos Salinas for “acts possibly constituting crimes” alongside Pena Nieto, Videgaray and more than a dozen others.

With varying degrees of detail, Lozoya alleged officials and lawmakers had taken bribes, received illicit payments and otherwise engaged in corruption over several years, some of which were before he took the reins at Pemex in 2012.

Many have already publicly rejected the accusations.

Those he accused include ex-senators, two of whom are now serving as state governors, three more former finance ministers, and congressional aides.

Calderon, Lozoya said, oversaw corruption in his 2006-2012 administration, pointing to an ethane supply deal struck between Pemex and a consortium led by Brazilian firm Braskem that Lopez Obrador has condemned as a rip-off for the state.

Braskem has denied any wrongdoing.

Salinas, who was president from 1988 to 1994, had engaged in lobbying to get lucrative business for his son, Lozoya alleged.

Among the ex-finance ministers was Jose Antonio Gonzalez Anaya, who in 2016 initially succeeded Lozoya at Pemex.

Gonzalez on Twitter rejected the accusations, calling them a bid for vengeance against him because he had in 2017 denounced irregularities at Pemex under Lozoya’s stewardship.

Lourdes Mendoza, a journalist whom Lozoya accused of belonging to a corrupt section of the press providing favorable coverage for the last government in exchange for payments, also denounced his claims and said on Twitter she would sue him.

Neither Pena Nieto or Videgaray has commented publicly on the allegations but previously they denied any wrongdoing. Calderon has dismissed the claims and challenged Lozoya to produce evidence.

Tags: CORRUPTION, Crime, MEXICO, US
You may also like
Recent News:
This website uses cookies to improve your user experience and to provide you with advertisements that are relevant to your interests. By continuing to browse the site you are agreeing to our use of cookies.Ok