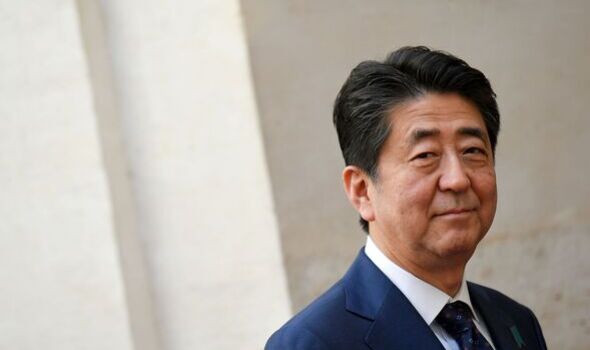 The former Japanese prime minister, 67, died in hospital after being shot in the neck as he gave a campaign speech in the southern city of Nara.

A number of makeshift weapons were said to have been discovered at the home of Tetsuya Yamagami, 41, who was arrested after the attack.

The navy veteran was thought to have had improvised devices, including the one used in Friday’s killing, by taping steel pipes together.

Police said the suspected killer believed Mr Abe was linked to a religious group, which he blamed for his mother’s financial ruin.

She reportedly made a “huge donation” to the organisation, which left her bankrupt.

The assassination has shaken Japan – a country where political violence is rare and gun ownership tightly controlled.

Mr Abe was speaking during an event for his former party, the Liberal Democrats, ahead of upper house elections.

Security was heightened as voters went to the polls yesterday and party leaders avoided mingling with crowds during their final hours of campaigning. 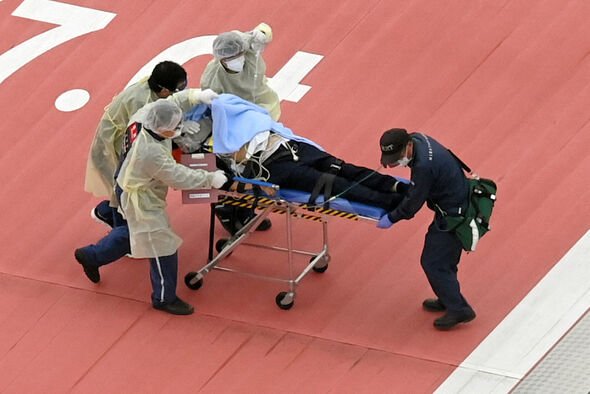 Exit polls showed Mr Abe’s party appeared certain to win a major victory, possibly propelled by what was seen as a wave of sympathy following his murder.

During his final rally in the northern city of Niigata on Saturday, the Japanese Prime Minister Fumio Kishida declared: “We absolutely refuse to let violence shut out free speech. We must demonstrate our democracy and election will not back down on violence.”

Meanwhile, Mr Abe’s body was returned to his home in the capital Tokyo as mourners gathered outside to pay respects.

Flowers were also laid beside a photo of the popular ex-premier near the scene of the attack.

Police have acknowledged flaws in the security arrangements for Mr Abe’s visit.

Nara police chief Tomoaki Onizuka told a news conference he felt “a grave sense of responsibility” and could not deny there had been problems, “given how things ended”.

Dignitaries in Japan often travel with modest security details, rather than heavily armed personnel as seen in places such as the US.

Japanese broadcaster NHK also reported Yamagami had visited other sites on Mr Abe’s tour and may have waited for the right opportunity to get close to him for some time.

Sources close to the investigation reportedly said the alleged attacker planned to kill Mr Abe in Okayama the day before but had feared giving away his identity.