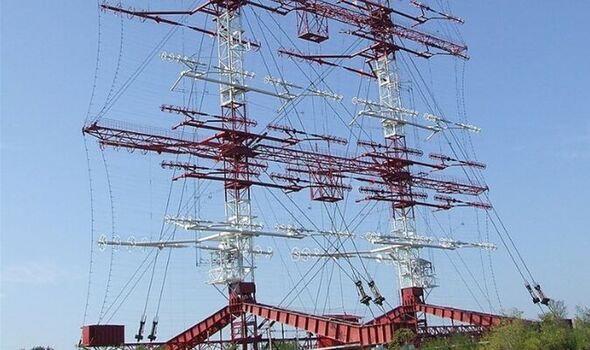 The interior ministry of the Moldovan breakaway region reported that the antennas were out of operation after two separate blasts.

The ministry said in a statement: “In the early morning of April 26, two explosions occurred in the village of Maiac, Grigoriopol district: the first at 6:40 and the second at 7:05.”

This comes after the attack on the region’s city of Tiraspol on Monday evening, around 6pm local time.

The attack damaged the state security building of the self-proclaimed Transdniestria region, with smoke “billowing out” of broken windows.

Transdniestria is home to less than half a million people, wedged between Moldova and Ukraine.

It has been controlled by separatist forces since a war in 1992, and Russia has around 1,500 soldiers stationed there.

Concerns have been growing that Transdniestria could be the site from which Russia launches another assault on Ukraine, after a senior Russian official alluded to the potential involvement of Transdniestria in the Ukraine war.