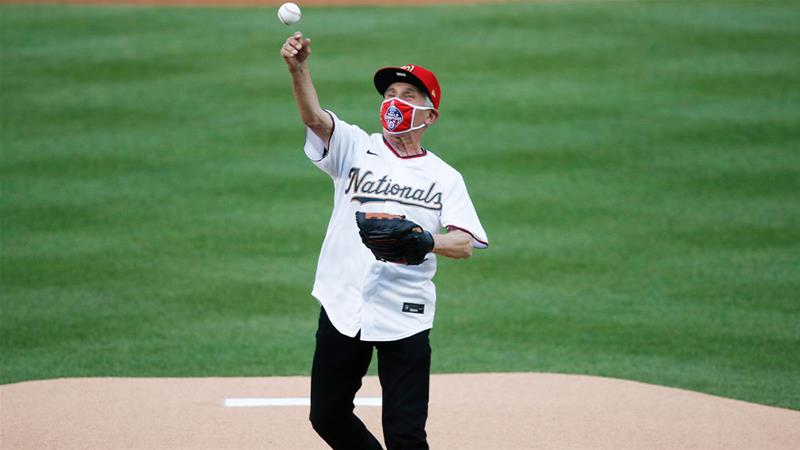 A die-hard Washington Nationals fan, Dr Fauci, 79, threw the ball short of 60 feet, and left of home plate. The ball was chased down by Nationals relief Pitcher Sean Doolittle.

The ceremonial event begins a shortened baseball season that will start without fans in attendance because of the COVID-19 outbreak. Fauci’s selection to throw out the first pitch for the season opener is a measure of his popularity as a symbolic hero among Americans suffering through the pandemic.

Thursday night’s game pits the World Series champion Washington Nationals against the New York Yankees, one of baseball’s all-time most-winning teams who jumped out to a 2-1 lead in the first inning. Opening day of the baseball season is a major event in the US. Some have advocated making it a national holiday.

“Dr Fauci has been a true champion for our country during the COVID-19 pandemic and throughout his distinguished career, so it is only fitting that we honour him as we kick off the 2020 season,” the Nationals said in a statement.

Fauci is the director of the National Institute of Allergy and Infectious Diseases. For weeks, he was a prominent figure in President Donald Trump’s coronavirus task force briefings at the White House. 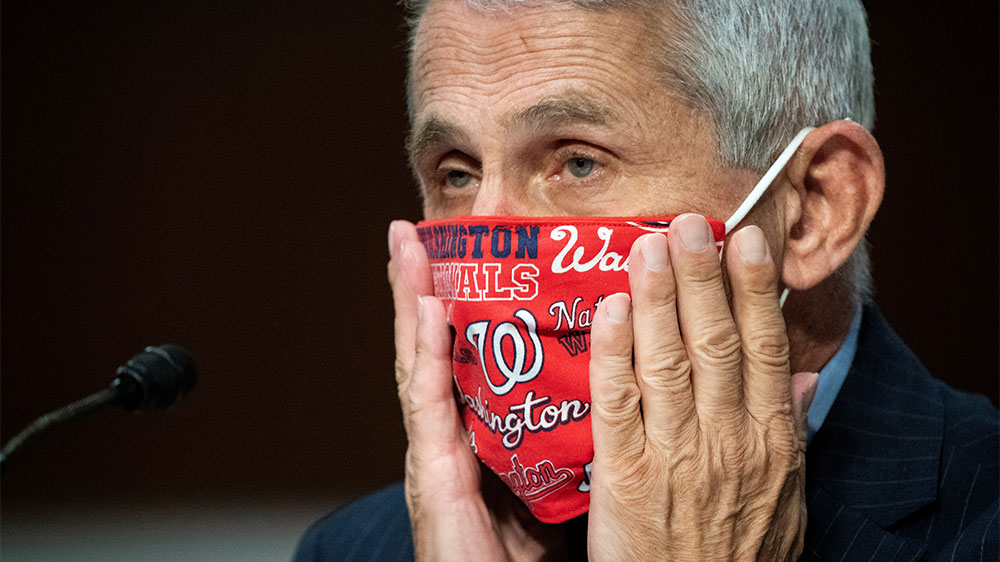 Fauci’s rise to prominence in the coronavirus pandemic has made him a new pop culture figure. He is a frequent meme on the internet and was portrayed by actor Brad Pitt in the comedy show Saturday Night Live.

Lately, as the number of coronavirus infections surged anew in the US, Fauci has called for authorities to step back from reopening the US economy while Trump pushes to keep government and businesses open. Fauci has been notably absent from White House virus briefings restarted this week by Trump.

Players in Thursday’s game will be met with an eerie silence from empty stands at ballparks due to the COVID-19 pandemic, but fans at home can expect to see a boisterous, virtual full house on their television screens.

Fox Sports said on Thursday that digitised “fans” would pack the stands on its broadcast of the games in an attempt to recreate the traditional atmosphere at ballparks, with thousands of avatars who cheer or boo at the push of a button.

Teams around the world have found creative ways to improve the viewers’ experience amid the pandemic, using cardboard cutouts, virtual screens or artificial crowd noise.

Fox will take it up a notch, using software called Pixatope, with the assistance of Silver Spoon Animation, which specialises in motion capture. The broadcaster will also have the ability to create a virtual wave.

“Thousands of virtual fans will attend Fox’s MLB games on Saturday – wearing their team’s colours,” the network said in a video posted on Twitter. “Yes, they’ll even be doing the wave.”

Indicative of how the pandemic is affecting teams, Washington Nationals star outfielder Juan Soto tested positive for COVID-19. He will miss the season opener.

The 21-year-old slugger was asymptomatic, and none of his teammates has been ruled ineligible for the game following contact tracing, general manager Mike Rizzo said, according to ESPN.

“We’ve got to make our plans to play without Juan for an extended period of time,” Rizzo said on a conference call. 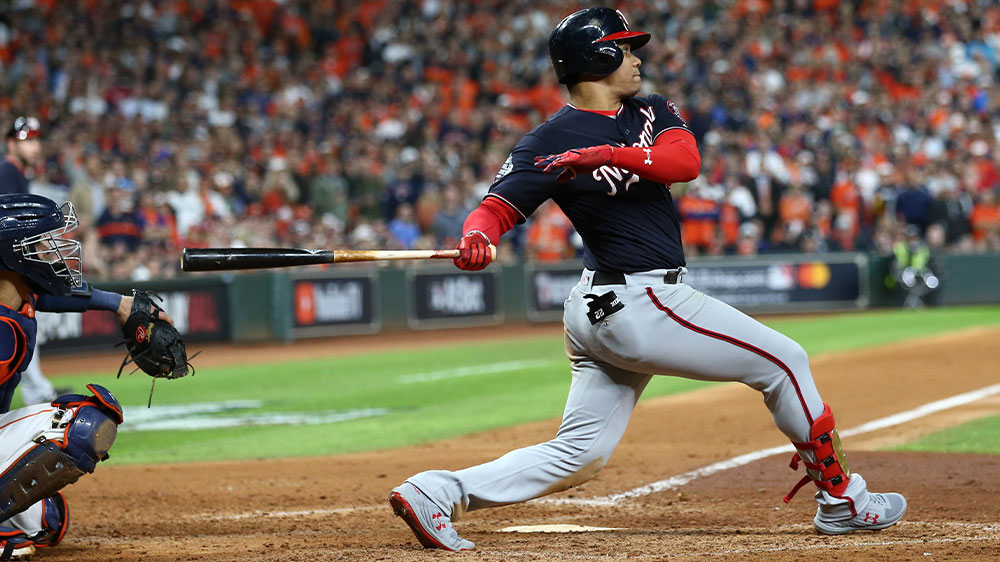 Fan favourite Soto was a key part of the Nationals’ championship run last season, smacking 34 home runs and driving in 110 runs during the regular season.

In 2017, the Washington Nationals invited newly elected President Trump to throw out the first pitch, but he declined, citing a scheduling conflict.

Baseball makes its return after having been forced to shut down in mid-March during spring training. The Los Angeles Dodgers will host the San Francisco Giants on Thursday. Other teams will begin their 60-game seasons on Friday.

In other pro sports, the WNBA is set to kick off its season on Saturday, and the NBA and NHL resume basketball and hockey games next week.

Tags: Fauci, first, pitch, ST, throws, TO
You may also like
Recent News:
This website uses cookies to improve your user experience and to provide you with advertisements that are relevant to your interests. By continuing to browse the site you are agreeing to our use of cookies.Ok