WUHAN, China (Reuters) – Authorities in Wuhan have tested over 3 million residents for the coronavirus in April and May and aim to test all of the rest, state media said, as the city at the epicentre of the original outbreak faces a threatened second wave of infections.

Priority will go to residents who have not been tested before, and people living in residential compounds with previous cases of infection, or old or densely populated estates, the official Xinhua News Agency reported late Thursday, citing a Wuhan government meeting.

Fears of second-round infections just as businesses and schools reopen flared at the weekend after Wuhan reported a cluster of cases, the first since a lockdown was lifted on April 8.

Those infections were previously asymptomatic – people who had the virus but showed no fever or other symptoms.

Authorities should have a clear indication of the number of asymptomatic cases once everyone in the city has been tested, Xinhua said, without giving a timeframe for that process.

Reuters, citing an internal document to district officials, reported on May 11 that the city planned to conduct the nucleic acid tests for the rest of its 11 million residents over just 10 days.

On Friday in open-air plazas, Wuhan residents waited patiently in long queues for their turn to take the test.

“I think it’s necessary because after all, a cluster of new infections appeared in a residential district a few days ago,” said Wuhan resident Tong Zheguang, 32.

“There’s a possibility of a recurrence of the epidemic.” 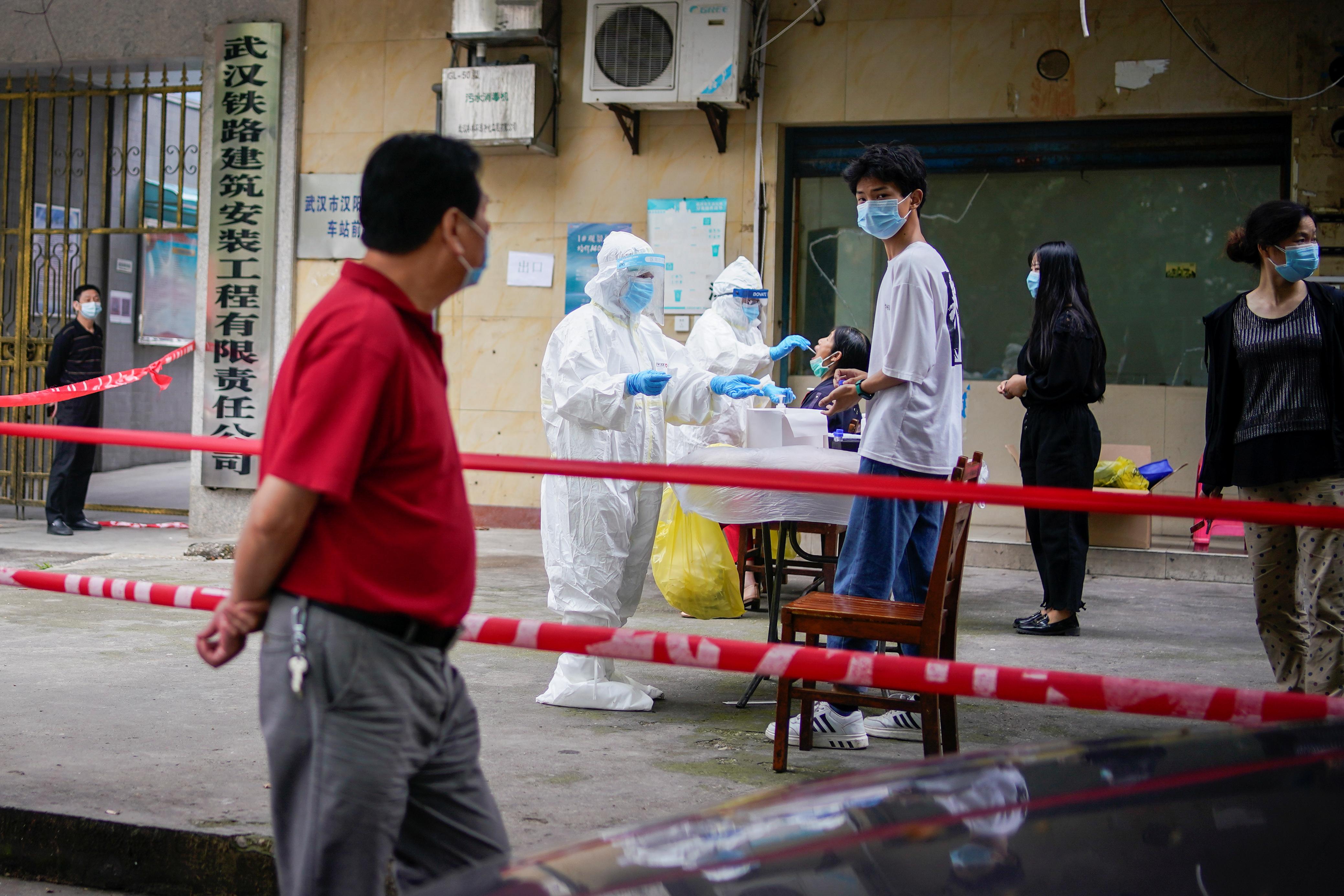 Wuhan has detected up to more than a dozen asymptomatic infections per day in recent days.

Some experts say the mass testing is unprecedented in scale, and shows the level of concern. Others warn on potential testing errors due to the sheer size of the sampling.

The city conducted 1.79 million coronavirus tests from April 1 to May 13, according to Reuters calculations based on daily reports published by the city’s health commission.

If Xinhua’s report that 3 million tests have been conducted since April also uses figures from the health commission, that would suggest up to 1.2 million tests were administered on May 14 alone.

The commission will publish the May 14 figures later on Friday.

Recent outbreaks in northeastern Heilongjiang province and Jilin city have contributed to fears of other secondary outbreaks in China.

On Friday, the mainland reported four new confirmed cases for May 14, up from three cases a day earlier, the National Health Commission (NHC) said in a statement on Friday. All of the new cases were locally transmitted.

“The epidemic situation is now fragmented domestically, but the task of preventing a rebound of the epidemic remains arduous,” said Zeng Yixin, a vice minister at the NHC, told a news conference on Friday.

“The epidemic situation abroad is still severe and complex, and the pressure to defend against the outside continues to increase,” Zeng added, referring to what China calls imported cases of citizens returning from abroad infected with the virus. 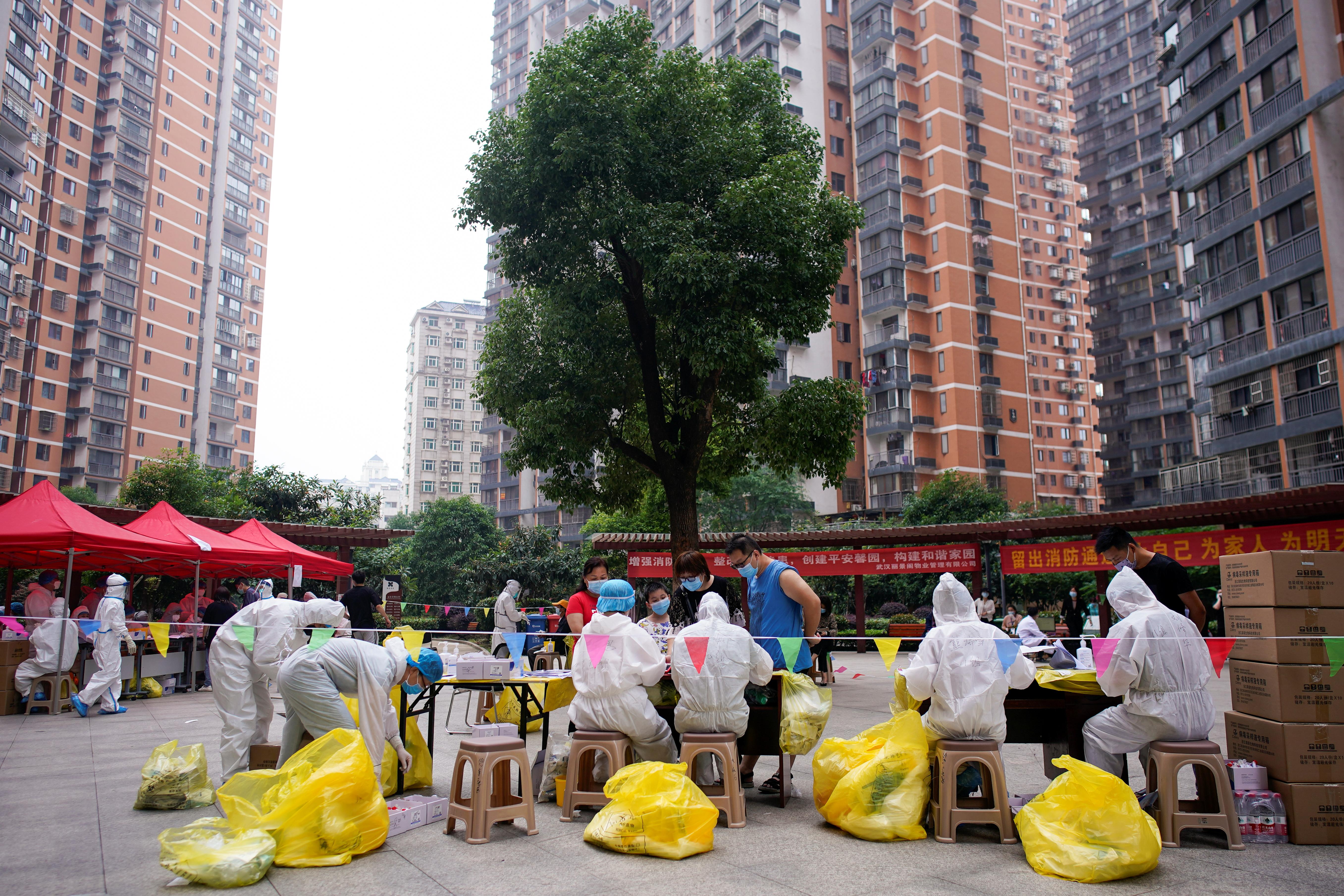 China has stopped foreigners entering the country as a precaution against imported infections.

Zeng also said some COVID-19 vaccines were set to complete their second-phase clinical trials in July.

Confirmed cases in mainland China stand at 82,933 and the death toll at 4,633. China does not include asymptomatic virus carriers in its tally. It also does not disclose the overall number of asymptomatic cases in the country.