Three police forces have now declared major incidents and Prime Minister Boris Johnson has chaired an emergency Cobra meeting. He said: “We want to make sure we are totally prepared in every part of the UK for flooding because it’s coming on top of the stress people are already under fighting COVID.”

There are 221 flood alerts, 124 flood warnings and two severe flood warnings in place – meaning action must be taken immediately as there is a risk to life.

Residents in these areas – up to 3,000 properties – are being told to evacuate and await help from emergency services.

Assistant Chief Constable of Greater Manchester Police, Nick Bailey, said: “Unfortunately – despite the best efforts of all agencies involved – we are now at the stage where evacuations are necessary in areas of Didsbury. 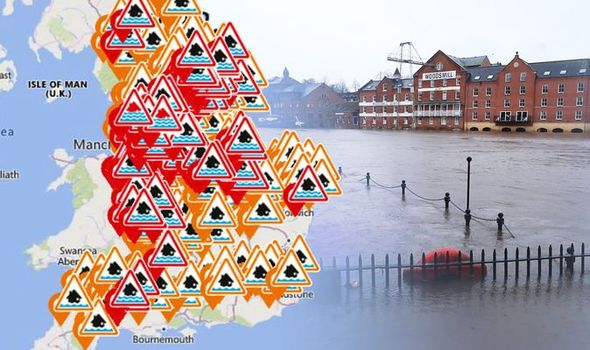 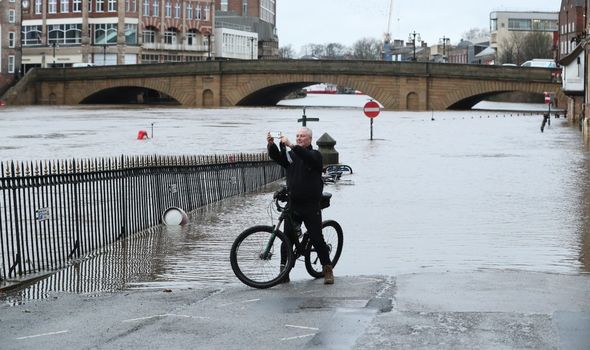 “We will be directly in touch with residents in those properties that have been identified as potentially being at risk and we have an evacuation plan in place to set up those who have been displaced in temporary accommodation.

“I think it’s important to stress that if you are contacted and advised to evacuate then we would strongly urge you to do so.”

The local council has advised: “If someone is asked to leave their home and need to stay with family or friends temporarily due to flooding, they will not be in breach of coronavirus laws, which allow for exceptions including to escape the risk of harm – and no legal action will be taken.”

Downing Street has said Covid-secure evacuation centres would be set up for those forced to flee their homes. 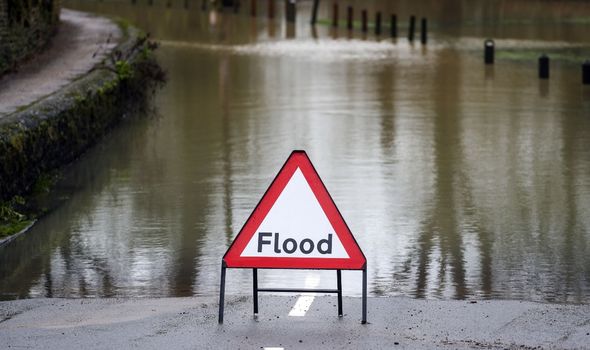 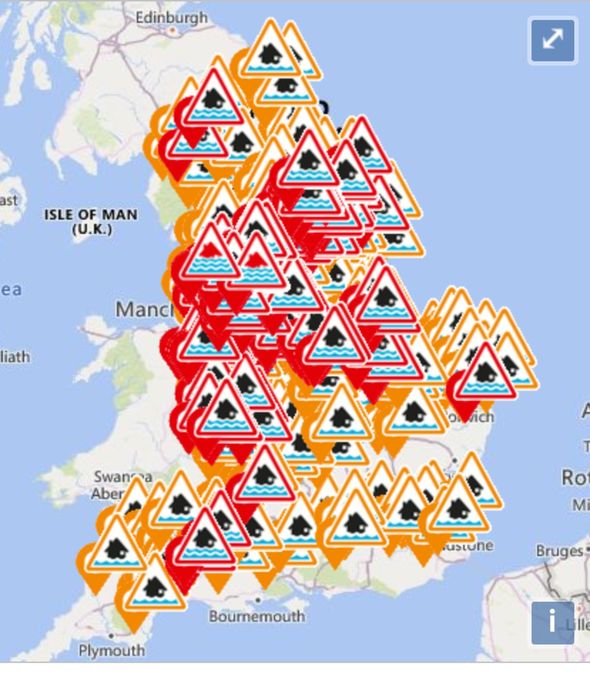 Where has it flooded near me?

So far, parts of York, Worcester, North Wales and Manchester have all seen floodwater.

More than 120mm of rain has already fallen in parts of the country, with 123.42mm having fallen at Capel Curig in North Wales in just 24 hours.

Major incidents have been declared in Greater Manchester and South Yorkshire so far, with the flooding expected to become more widespread overnight.

Express.co.uk will update this page when there is a clearer picture of where has flooded across the UK.

Some parts of the country could see double the average amount of monthly rainfall over the coming days, with weather warnings currently in place across almost all of the UK.

Wales and Northern Ireland are both consumed by yellow weather warnings – for rain and ice respectively. 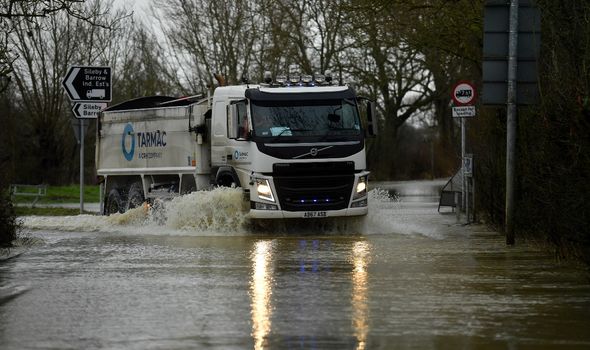 The Environment Agency described the combination of torrential rain and melting snow as a “volatile situation”.

Met Office forecaster Grahame Madge described Storm Christoph as “quite a slow-moving system” which is bringing “a variety of weather” to the UK.

The meteorologist said: “While rain remains the main hazard in the south, further north we’ve got snow and ice remaining a risk.

“The system will work its way through, we are expecting significant totals of rainfall and when you combine that with snowmelt it can lead to localised flooding across the affected regions.”

Scotland currently has yellow warnings out for snow.

Tags: autoplay_video, flood, headlines
You may also like
Recent News: