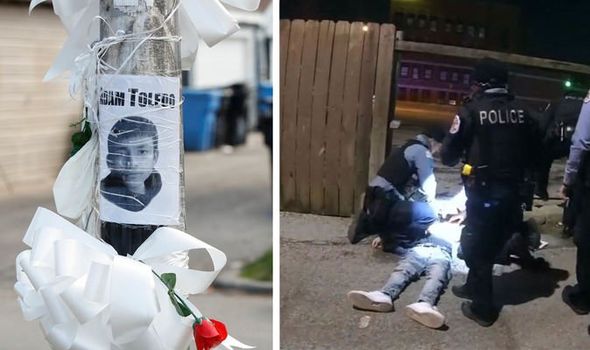 After the horror, the force said teenager Adam Toledo had a gun in his hand. It has since claimed there were “838 milliseconds between gun shown in hand and single shot”. The shocking nine-minute video shows officer Eric Stillman, 34, getting out of his squad car and chasing Adam down an alley at 2.30am on March 29. He is then heard yelling “stop” before catching up and ordering the teenager to show his hands. The boy appears to raise his hands just before Stillman fired one shot and then ran to the boy as he fell to the ground.

At five minutes and 30 seconds into the video, the officer shines a torch on a handgun feet from where officers frantically gave the youngster CPR.

The tragedy unfolded in Chicago’s West Side, after officers received reports of gunfire and chased Adam, right, and a 21-year-old man.

Stillman, who has been on the force for six years, has been placed on administrative duty.

Chicago mayor Lori Lightfoot said the footage was “excruciating” but urged the public to reserve judgment until an independent board can complete its investigation. 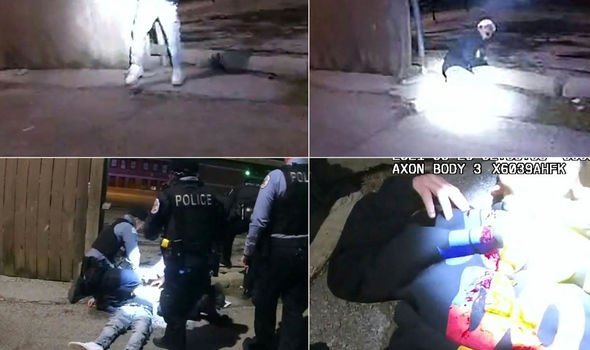 They were met by helmeted officers but there were no immediate reports of trouble.

Tensions are running high across the US. A former officer appeared in court in Minnesota this week, charged with manslaughter over the death of a black man during a traffic stop.

And the murder trial of former Minneapolis police officer Derek Chauvin, who is charged over the death of George Floyd, is also coming to an end.

Tags: headlines, sensitive, UploadExpr
You may also like
Recent News: