The daughter of Brazil football legend Pele has said her father is “recovering well” after he was readmitted to hospital – just days after leaving intensive care.

ESPN Brazil reported that he returned to the intensive care unit at Sao Paulo’s Albert Einstein Hospital after his health deteriorated once he left the facility earlier this week.

The three-time World Cup winner was taken back into the unit due to acid reflux, the news organisation said. 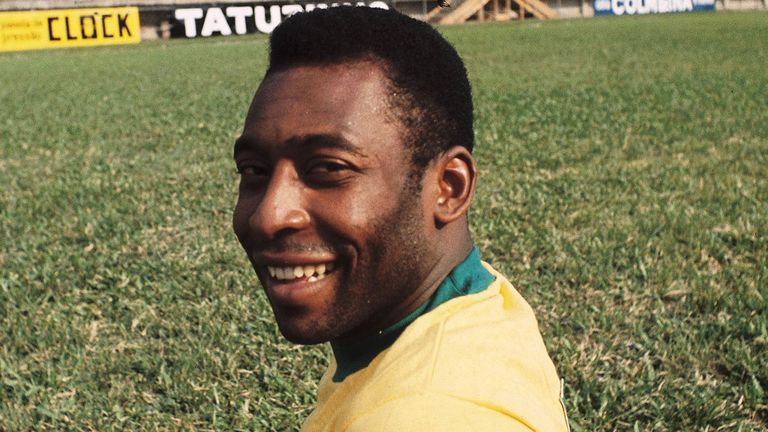 The 80-year-old had a colon tumour removed earlier this month and stayed in hospital for further monitoring.

After he was transferred out of the unit on Tuesday, Pele posted a picture on Instagram saying he was ready for “90 minutes plus extra time”.

On Friday, his daughter Kely Nascimento posted a photo “taken just now” on Instagram, showing the pair together – with Pele smiling in his hospital bed and wearing a jacket to keep warm.

She wrote with the post: “There’s already a lot of anxiety roaming the world these days and we don’t want to be the reason for more.

“This photo was taken just now. He is wearing a vest because he is Santista [a person from Santos] and the cold in SP [Sao Paulo] bothers him! 😉

“He is recovering well and within normal range. Promise!

“He doesn’t like it when I say this so please don’t tell him but he is an O’Keefe [kind or gentle] gentleman (😬). The normal recovery scenario for a man of his age, after an operation like this , is sometimes two steps forward and one step back.

“Yesterday he was tired and took a little step back. Today he took two forwards! 💃🏽💃🏽💃🏽

“I want to thank again, and always, the brilliant team here at Einstein and even more gratitude for all of the good energy that you are transmitting. 💚💙💛💚💙💛💚💙💛💚💙💛” Pele has also suffered from hip problems for years and is unable to walk unaided.

In 2014, he spent some time in the hospital due to a severe urinary tract infection.

He retired in 1977 and has been considered one of the greatest football players of all time.