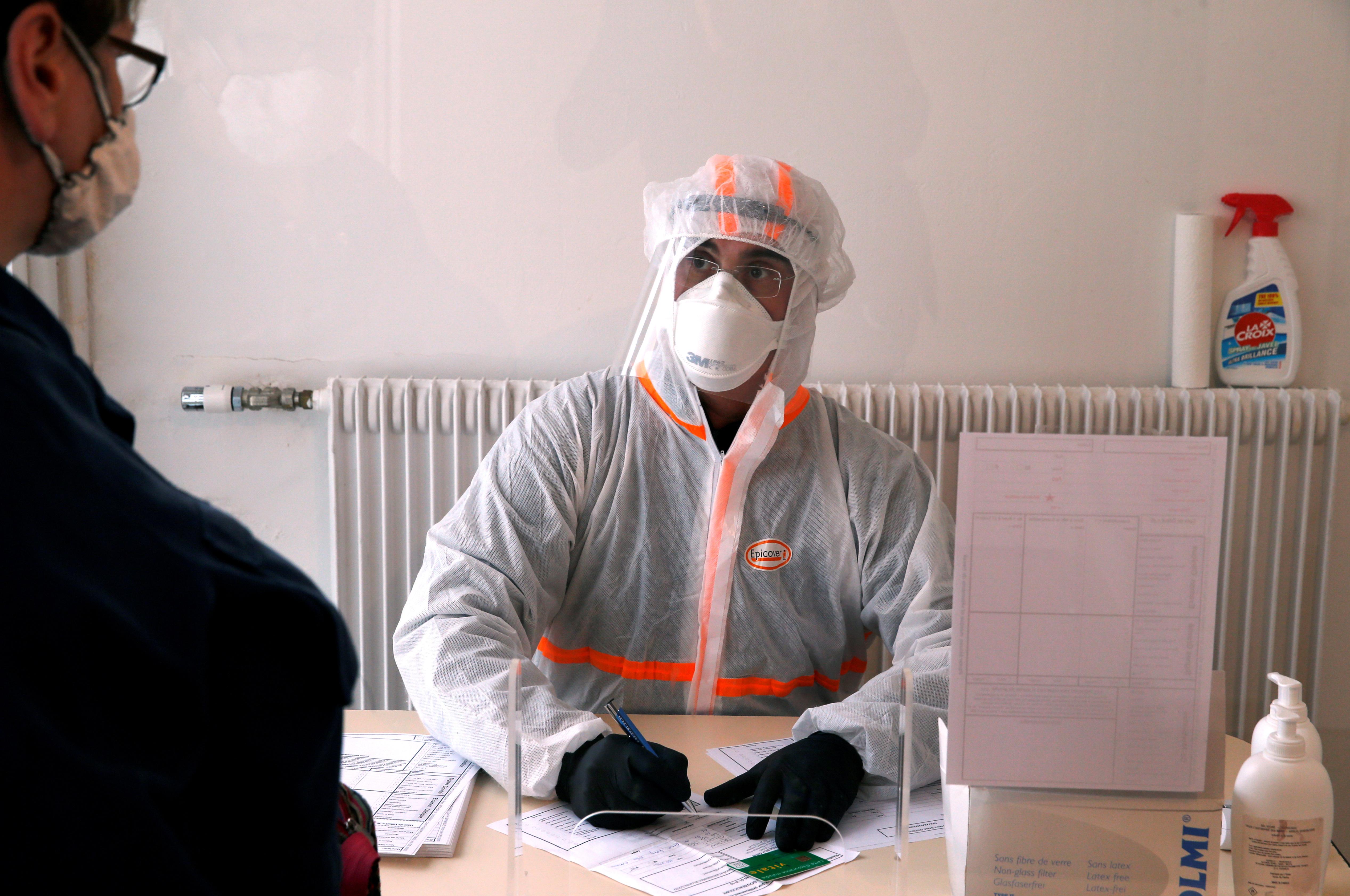 PARIS (Reuters) – The number of people who have died from the coronavirus infection in France rose by 427 to 24,087 on Wednesday, with the rate of increase slightly speeding up again after slowing on Tuesday, the health ministry said in a statement.

According to the ministry, the number of confirmed cases now stands at 128,442, up 1,607 over 24 hours. The figure stood at 129,859 on Tuesday but was tweaked a day after Prime Minister Edouard Philippe said that France would not end its coronavirus lockdown unless the number of new cases falls below 3,000 per day.

“It’s a statistical readjustment linked to a change in the sampling”, a ministry spokesman said.

As Britain added nursing homes deaths to the tally from hospitals to give a total of 26,097 fatalities, it became the third-most affected country in the world behind the United States and Italy and ahead of Spain and France.

The number of people in French hospitals with the COVID-19 infection fell to 26,834 from 27,484 on Tuesday, recording a 2.4% decline, its sharpest since a downward trend began 15 days ago.

Tags: c, Coronavirus, FRANCE, HEALTH, US
You may also like
Recent News:
This website uses cookies to improve your user experience and to provide you with advertisements that are relevant to your interests. By continuing to browse the site you are agreeing to our use of cookies.Ok