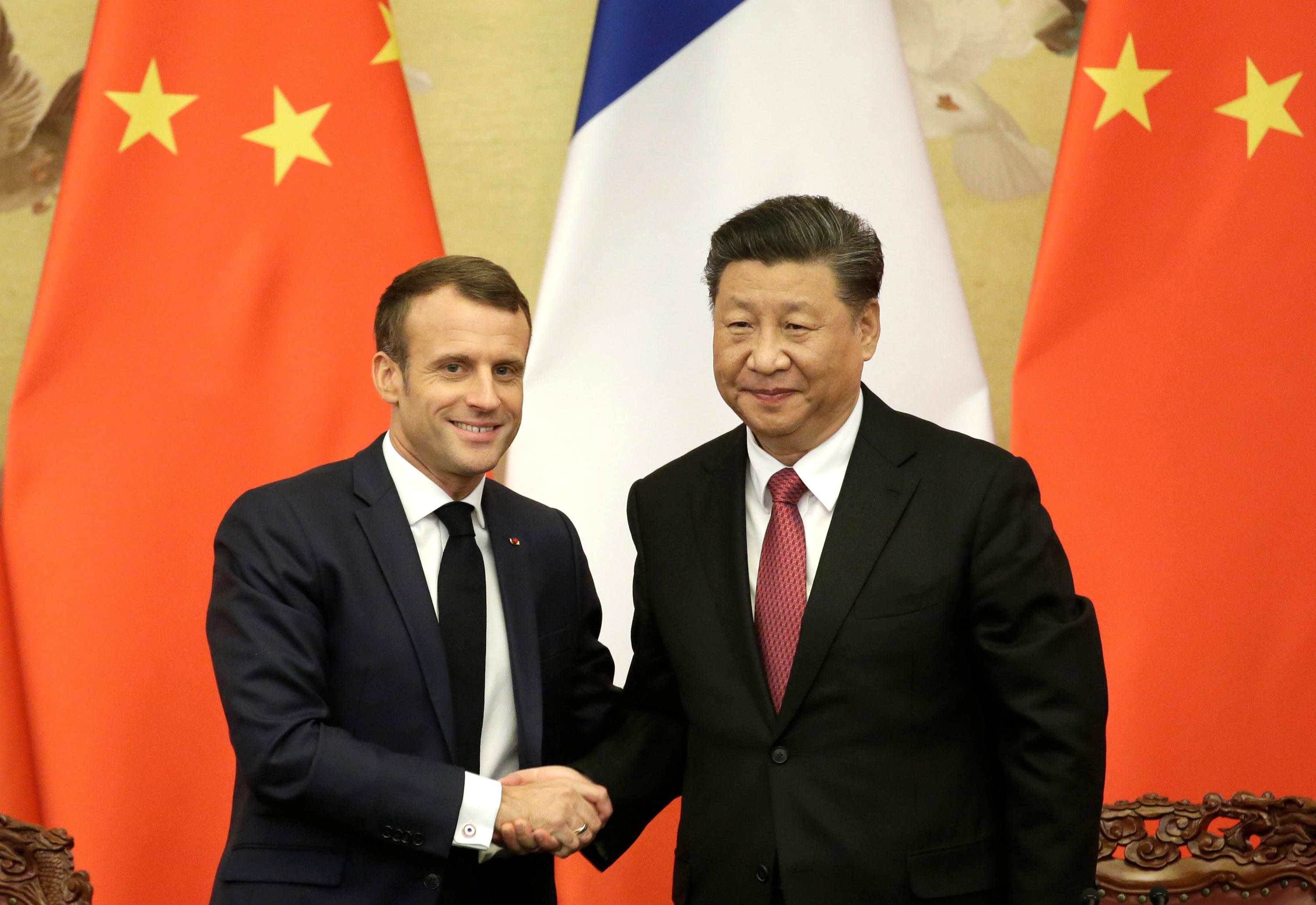 PARIS (Reuters) – French President Emmanuel Macron has told Chinese counterpart Xi Jinping he is following events in Hong Kong closely and continues to back the “one country, two systems” principle for Beijing’s rule over the city, an Elysee official said.

“The President said he was monitoring the (Hong Kong) situation closely and reiterated France’s support for the principle of ‘one country, two systems’,” the official told Reuters on Saturday.

China has approved security legislation for Hong Kong that democracy activists, diplomats and some in business fear will jeopardise its semi-autonomous status and its role as a global financial hub.

The legislation has reignited tensions between Washington and Beijing, and led the European Union to express “grave concern” last week.

Hong Kong was discussed during an hour and a half phone call on Friday between Macron and Xi, the official said.

The Elysee had reported the call in a statement late on Friday without mentioning Hong Kong.

The statement also referred to cooperation in tackling the coronavirus pandemic, saying Macron stressed the essential role of the World Health Organization, blamed by Washington for mishandling the crisis.

Tags: Cr, FRANCE, HONGKONG, PROTESTS, US
You may also like
Recent News:
This website uses cookies to improve your user experience and to provide you with advertisements that are relevant to your interests. By continuing to browse the site you are agreeing to our use of cookies.Ok