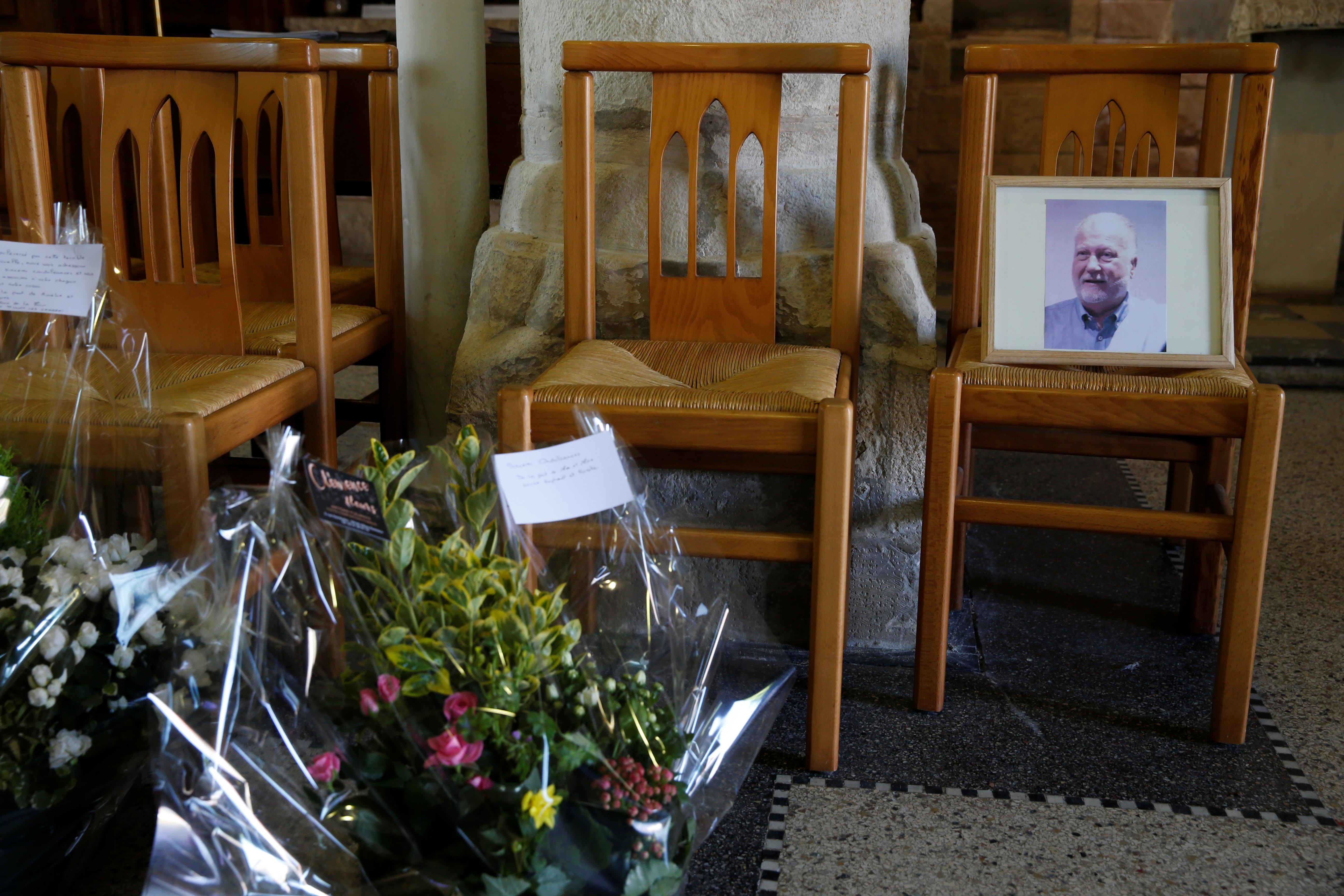 VILLERS-OUTREAUX, France (Reuters) – In Villers-Outreaux’s village square, doctors, nurses and patients gathered, heads bowed and standing apart, to bid farewell to a local practitioner who succumbed to the new coronavirus.

Philippe Lerche, 63, died on Sunday after losing his battle against COVID-19, the disease caused by the virus. Colleagues recalled a compassionate medic who in the mold of old-school village doctors was available day and night for his patients.

Inside the church in the northern French village, the priest, wearing a purple chasuble and white surgical face mask, led a small congregation of 17, their numbers limited by France’s lockdown rules.

Outside, among the several dozen who came to pay their last respects, one doctor clasped his hands as if in prayer, his stethoscope between his fingers.

“He was a big-hearted man,” said one nurse among the mourners. Another said he was devoted to his job.

Ten doctors on the frontline of France’s battle to save the lives of coronavirus sufferers have died since the outbreak began, according to French media.

The coronavirus has claimed the lives of more than 21,300 people in France, the fourth highest tally in the world.

Tags: Coronavirus, D, FRANCE, HEALTH, US
You may also like
Recent News:
This website uses cookies to improve your user experience and to provide you with advertisements that are relevant to your interests. By continuing to browse the site you are agreeing to our use of cookies.Ok