Greenpeace said about 40 percent, or 210,000 tonnes, of the UK’s plastic waste exports were sent to Turkey last year. The organisation found 10 sites around southern Turkey where mounds of plastic had been dumped illegally by roads, fields and in waterways.

The investigation found British rubbish at all of these sites, including packaging from Aldi, Asda, Co-op, Lidl, Marks & Spencer, Sainsbury’s, Tesco, B&Q, Debenhams, Poundland and Spar.

At one site, packaging for a Covid antigen test was found, indicating that the waste was less than a year old.

When plastic packaging is put out in recycling bins and collected by the council, the waste is sorted and recyclable materials are sent to manufacturers who should make it into new products. 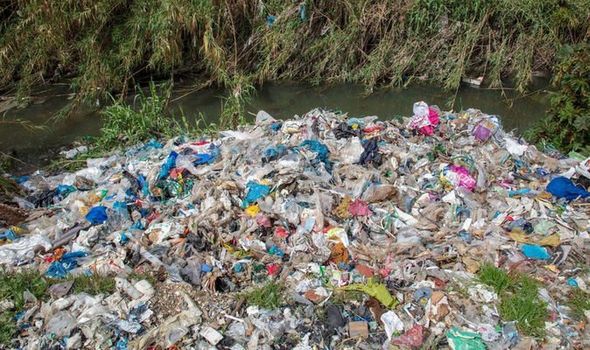 Greenpeace says that much of the plastic packaging is instead exported to countries such as Turkey, Malaysia and Poland. On average, the UK exports 1,800 tonnes of plastic waste every day.

Greenpeace is calling for a ban on all plastic waste exports by 2025 and for the government to set legally binding targets to reduce single-use plastics by 50 percent.

Nina Schrank, senior plastics campaigner at Greenpeace UK, said: “We must stop dumping our plastic waste on other countries. 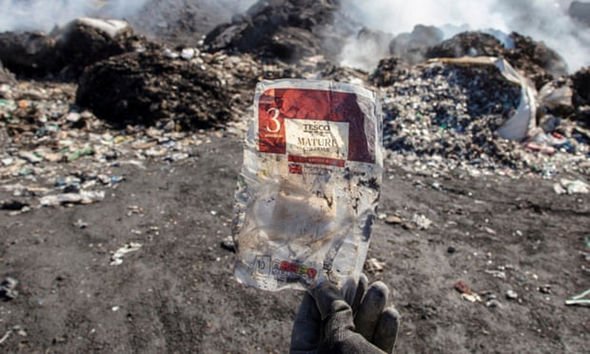 “The heart of the problem is overproduction- the UK is the second biggest user of plastic waste per person in the world, behind the US.

“The government needs to take control of this problem.”

Plastic waste that is offloaded and burned in other countries is causing serious health problems like respiratory issues, nosebleeds and headaches as people breathe in the toxic fumes and smoke. 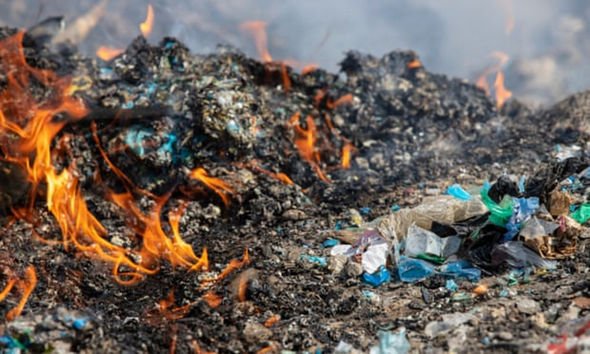 Turkey has had a huge rise in waste from the UK and elsewhere in Europe since China banned imported plastic waste in 2017.

It is illegal to export plastic waste unless it is going to be recycled. The Department for Environment, Food and Rural Affairs said: “We are clear that the UK should handle more of its waste at home.

“That is why we are committed to banning the export of plastic waste to non-OECD countries and clamping down on illegal waste exports, including to countries such as Turkey, through tougher controls.”