The German Chancellor has been accused of an “act of desperation” after she used a video call to Germans to stay at home – rather than impose a nationwide lockdown. While a Berlin court on Friday suspended a curfew on bars and restaurants enforced by Mrs Merkel and state premiers to contain the further spread of COVID-19.

Berlin’s local government had a week ago imposed a night-time curfew from 11pm to 6am to tackle surging numbers of new infections after an agreement between German Chancellor and German states.

But the court overturned this as it considered it “disproportionate” to fight the virus.

A spokesman for the administrative court in Berlin said: “The curfew has been suspended for the time being as the court considers it disproportionate in view of other measures taken to fight the pandemic.”

The court said there was no evidence bars and restaurants that stick with existing rules on mask-wearing and social distancing contributed to an increase in infection rates. 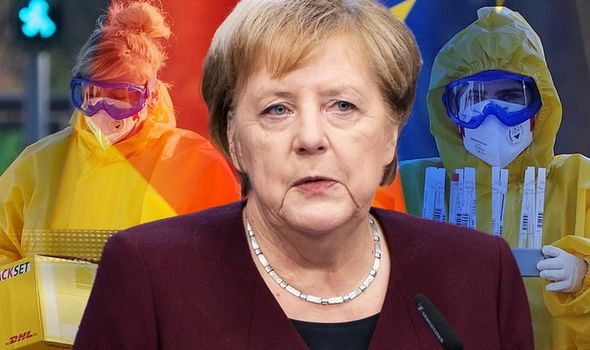 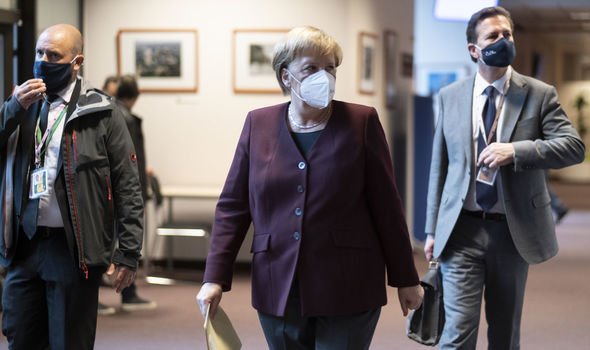 The ruling came after legal action by 11 restaurant owners contested the curfew but not a ban on the sale of alcohol after 11pm.

Several other German cities, including financial hub Frankfurt, have also imposed a curfew on bars and restaurants.

Germany’s states agreed with Chancellor Angela Merkel this week agreed that such measures should be automatic as soon as infection rates in any area exceed 50 per 100,000 residents over a week.

Germany, like other countries across Europe, is dealing with a sharp rise in coronavirus infections. 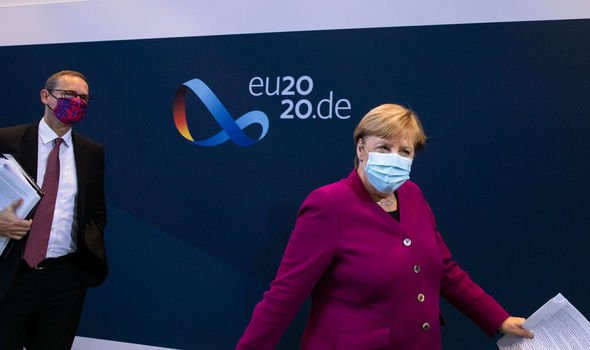 The Robert Koch Institute (RKI) for infectious diseases reported cases in Germany had increased by 4,325 to 366,299, on Monday.

It comes after Mrs Merkel was criticised for issuing a video appeal for Germans to stay at home to prevent a second nationwide lockdown.

Bundestag Vice President Wolfgang Kubicki said it was an “act of desperation” and a “call for a voluntary lockdown”.

The Chancellor’s words were remarkable: Angela Merkel (66, CDU) calls on the Germans to stay at home. Not by law, but as a video appeal.

Mr Kubicki told the BILD TV show Germany was “miles away” from overloading the health system, adding: “Neither in spring nor now is there a threat that the health system will be overloaded.

“In this respect, we should concentrate on the measures that really make sense and not frighten the population.

“The citizens should do what they think is right. They are first responsible for their own health.

“But the Chancellor is not the one who can simply order how we should behave.

“Anyone who feels they have to follow these words should do so. But everyone who has the feeling that they can go on living differently should do so too. “

Mr Kubicki also warned of permanent damage to democracy as he demanded the Bundestag have a say in decisions on the pandemic.

He warned of negative consequences for democracy if major decisions to combat the crisis were not made by the Bundestag, but rather by federal and state governments.

Mr Kubicki added: ”If we as parliament do not fulfil our task now, then democracy will be permanently damaged.

“It is the task of parliament to make essential decisions, and not the task of members of the government.”

In her weekly video address, Mrs Merkel warned of “difficult months ahead”.

She said: “Difficult months are ahead of us.

“How winter will be, how our Christmas will be – that will all be decided in these coming days and weeks, and it will be decided by our behaviour.”