At least three people are believed to have been killed, with a further six injured, during the attack which took place in the German city of Wurzburg on Friday Afternoon. Police in the city have reportedly arrested the suspected perpetrator following a “major operation.” Meanwhile, dramatic footage has surfaced appearing to show a crowd of onlookers confronting a suspected knifeman.

In the video members of the public can be seen attempting to subdue the assailant with chairs and sticks.

The crowd is then shown chasing the knifeman through the streets as he attempts to flee the scene.

Moments later a German police car is seen racing to apprehend the suspect as bystanders direct the cops.

Police were later able to subdue the man who was shot in the leg during the arrest, according to the Bild newspaper. 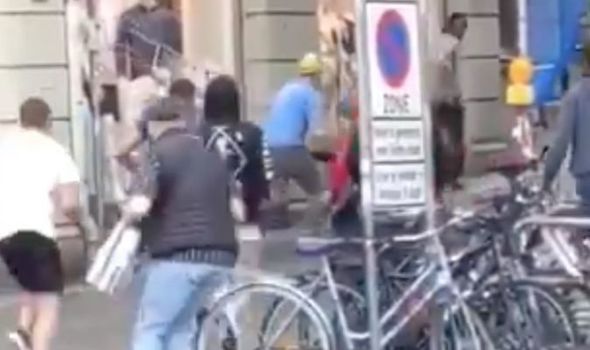 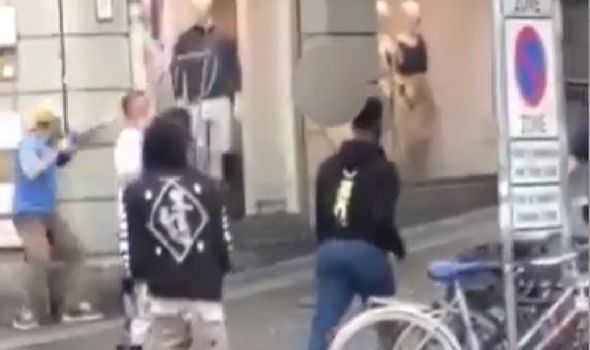 Lower Franconia police announced on Twitter: “We have arrested a suspect,”

“There are no indications of a second suspect.

“There is NO danger to the population.”

Wuerzburg is located in the north of Bavaria and is home to around 130,000 people.

Tags: ctp_video, headlines, sensitive
You may also like
Recent News: