Germany on Friday announced its plans to restrict incoming travel from a handful of countries, including Britain and Ireland, in an attempt to curb the spread of infectious coronavirus variants, going beyond the measures recommended by the European Union.

“It’s about stopping the entry of a highly infectious virus,” Horst Seehofer, Germany’s interior minister, said on Thursday, a day before the federal cabinet approved the restrictions.

Under the new travel ban — which also applies to passengers coming from Portugal, Brazil, South Africa, Lesotho and Eswatini (formerly known as Swaziland) — German residents will be able to return home, but non-German residents from the areas in question will be refused entry, even with a negative coronavirus test.

While multiple known infectious variants have been found in Germany, including the B.1.1.7 variant at a hospital in Berlin, which then had to go into lockdown, health authorities believe they can still prevent variants from spreading and driving new infections.

The changes will go into effect over the weekend and will be in place until at least Feb. 17. It follows a temporary halt in travel for all passengers coming from the United Kingdom and South Africa, which was lifted a few days after it was enacted. All nonessential travel remains discouraged. 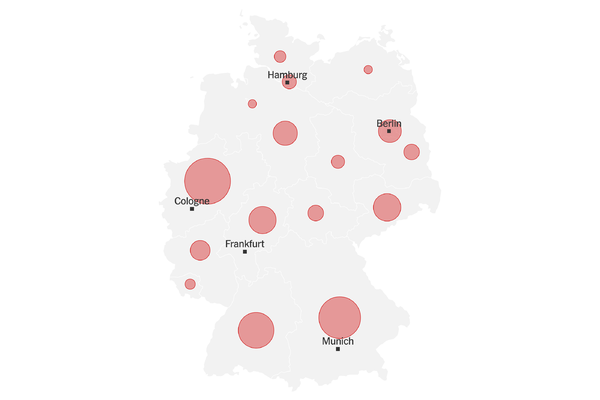 A detailed map shows the extent of the coronavirus outbreak, with charts and tables of the number of cases and deaths.

The new rules also forbid transportation companies — airlines, train and bus carriers, and ferry services — from bringing nearly all nonresidents into Germany. Exceptions will be made for health workers or those who must travel for urgent humanitarian reasons.

After more than six weeks of a strict lockdown — during which restaurants, bars, nonessential shops and most schools have been shuttered — Germany is starting to show slight improvement in its daily case numbers. On Thursday, health authorities reported 14,022 infections in a 24-hour period, nearly 4,000 less than the amount registered one week earlier.