Hundreds of people have broken into congress in Guatemala and burned part of the building amid growing protests in the Central American country.

It happened on Saturday as around 10,000 people gathered peacefully at the National Palace in the capital, Guatemala City.

They were protesting over the passing of a controversial budget that increased debt but cut education, health, justice and human rights spending. 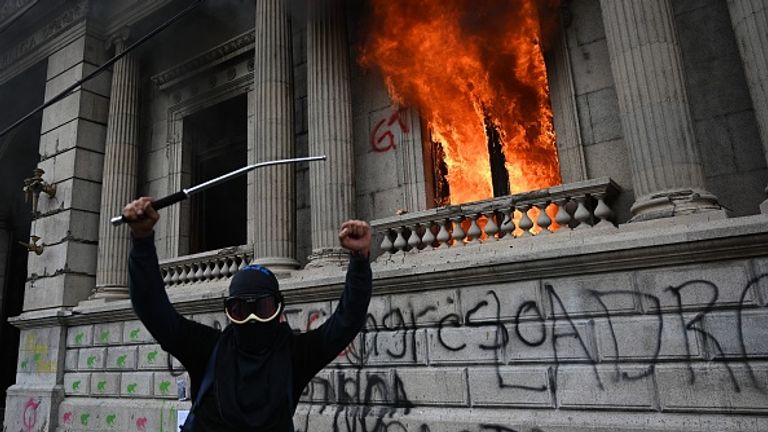 Protesters say it was negotiated in secret and approved before dawn on Wednesday while the country was distracted by the COVID pandemic and the fallout from several hurricanes.

The extent of the damage at congress is unclear, but offices rather than the main hall are believed to be affected.

Police fired tear gas and about a dozen people were hurt as around a thousand gathered at the building. Protesters also set fire to some bus stops.

Referring to the anger over the budget, student Mauricio Ramirez said: “I feel like the future is being stolen from us. We don’t see any changes, this cannot continue like this.” 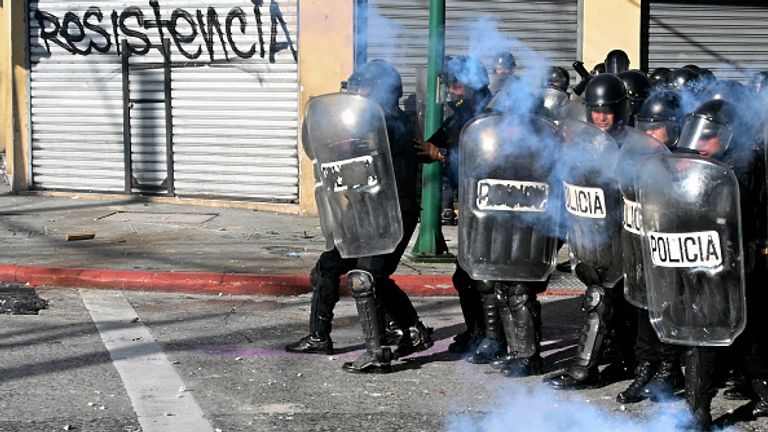 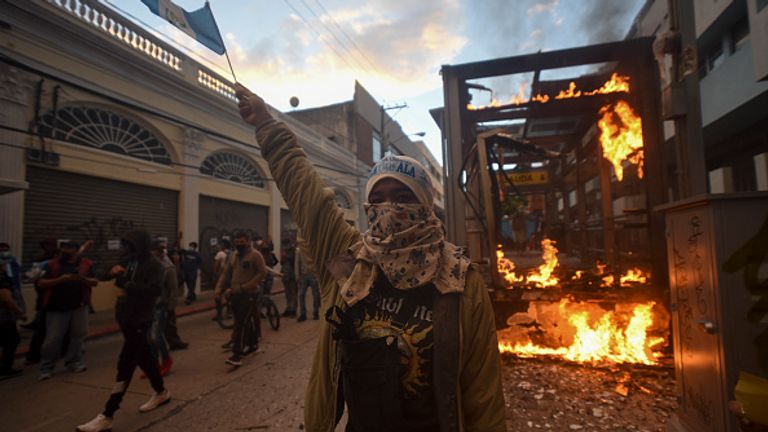 “We are outraged by poverty, injustice, the way they have stolen the public’s money,” added psychology professor Rosa de Chavarria.

President Alejandro Giammattei tweeted that anyone involved in “criminal acts will be punished with the full force of the law”.

He said people were entitled to protest but destruction of property was unacceptable, adding that he had been meeting various groups over changes to the budget.

Anger boiled over after politicians passed measures such as the tens of thousands of dollars to pay for meals for themselves, while cutting funding for coronavirus patients and human rights agencies. 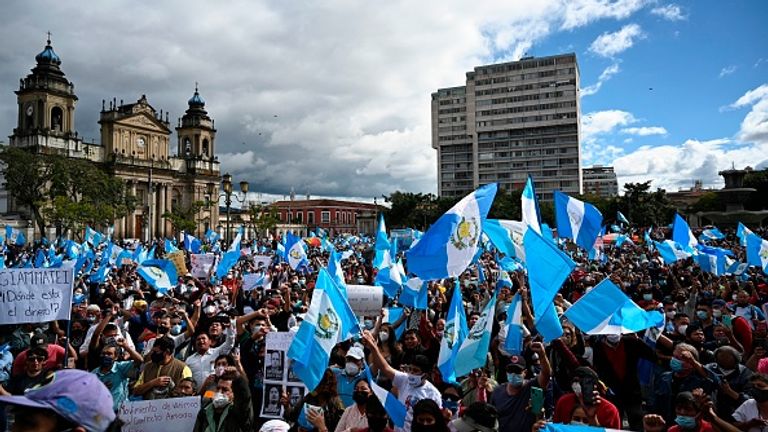 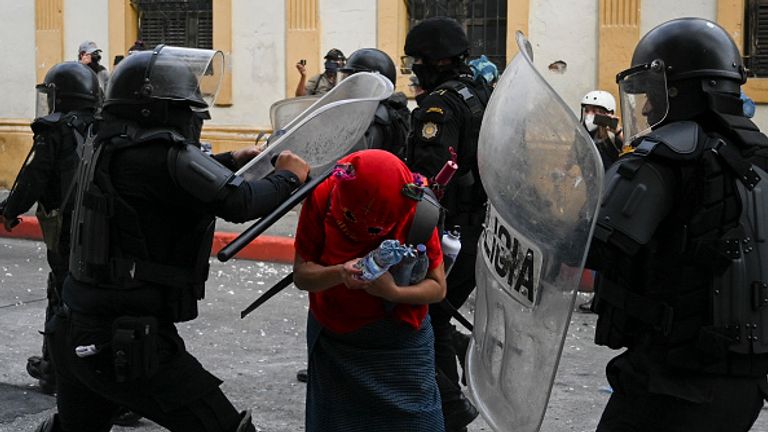 Protesters were also expressing their discontent over what they say are attempts by the Supreme Court and attorney general to undermine the fight against corruption in the country of 17 million.

Vice president Guillermo Castillo offered to resign if the president did the same “for the good of the country”.

He also proposed vetoing the budget and firing government officials.

President Giammattei, who only came to power in January, has not responded publicly to the proposal.

Earlier this month, Guatemala was hit by two hurricanes – Eta and Iota – that killed 60 people and destroyed crops that tens of thousands of families relied on.