KUALA LUMPUR (Reuters) – As a Malaysian judge read out a verdict of guilty on all charges, former prime minister Najib Razak sat silently in the dock at the end of the first of five graft trials linked to scandal-tainted state fund 1MDB.

Najib offered no visible reaction to the verdict. Masked against the coronavirus, wearing a brown suit with red and black striped tie, he had recited a brief prayer, flanked by leaders of his political party, before he entered the dock.

Najib, 67, has suffered a dramatic slide in fortunes since he was first charged in 2018, after he led his National Front ruling coalition to its first election defeat in six decades since independence from Britain.

Tuesday’s seven charges carry hefty fines and jail terms of up to 20 years. Najib, who denied wrongdoing, has pledged to appeal to Malaysia’s Federal Court.

He had faced a public backlash over accusations of rampant corruption in his administration and his family’s opulent lifestyle of overseas holidays and luxury shopping sprees.

In the weeks after the election loss, authorities seized hundreds of luxury handbags, jewellery and millions of dollars in cash during raids on properties linked to his family.

Najib was later arrested, and a raft of corruption charges linked to 1MDB, which he co-founded in 2009, followed.

Before his arrest, Najib told Reuters there was nothing improper about the seized luxury items or cash, which authorities had valued at up to $275 million.

“I didn’t benefit from 1MDB, because I believe that 1MDB was created to do something good for the country,” he said.

Najib has yet to be sentenced, but unless his conviction is overturned, he could end up in a cell at a prison complex on the outskirts of the capital, Kuala Lumpur, that houses common criminals. 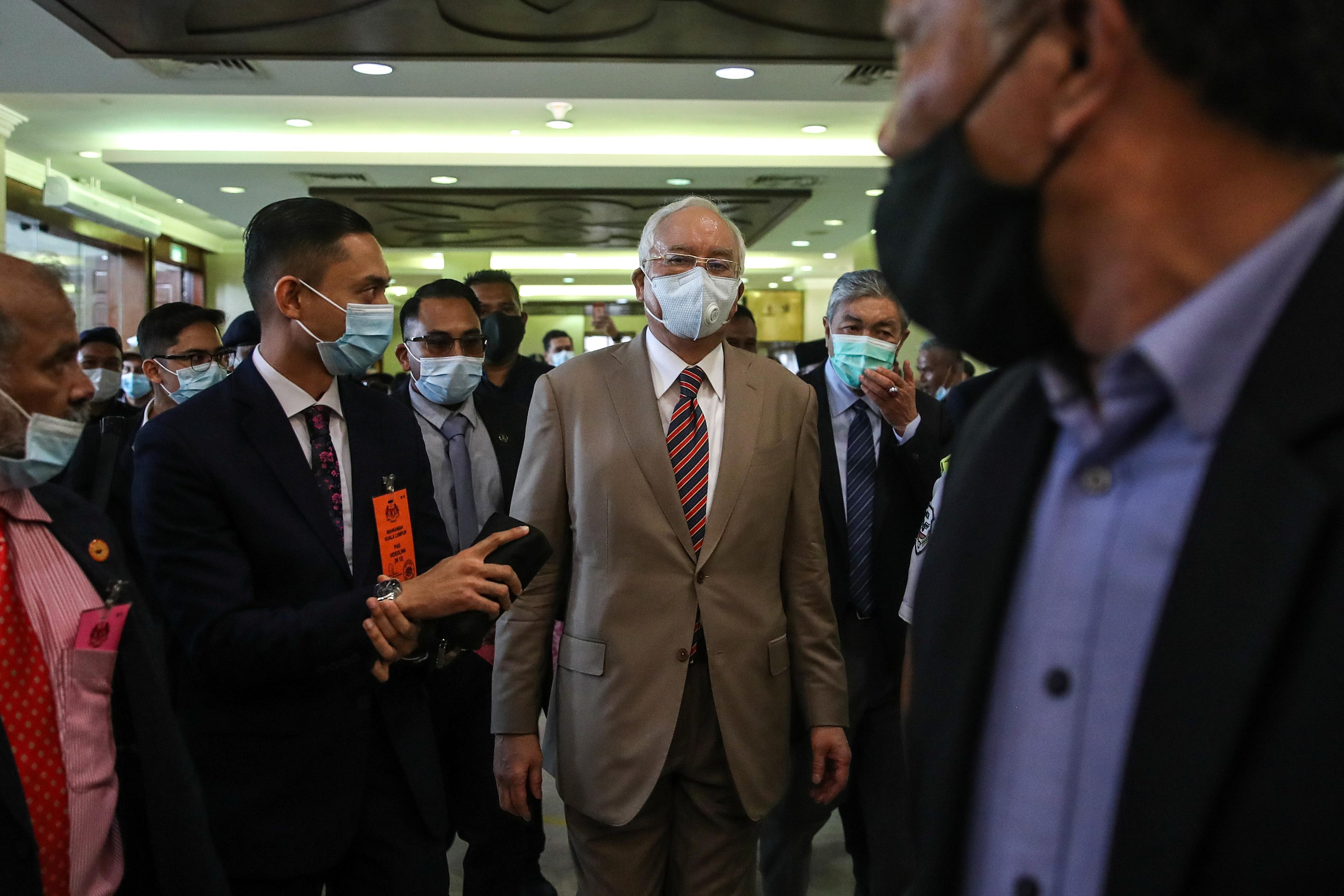 The smooth upward trajectory of the British-educated son of nobility culminated in 2009 when he succeeded Abdullah Ahmad Badawi, who stepped down a year after a bruising election that cost their ruling coalition a two-thirds majority in parliament.

Najib struck a reformist tone, pushing for liberal economic policies and repealing colonial-era security laws in a bid to shed the perception of a government unwilling to brook dissent.

But the disenchantment of Malaysia’s ethnic minorities in a 2013 election prompted Najib to roll back his reform pledges in the face of anger over a perceived loss of long-held economic privileges by the majority ethnic Malays, who form the power base of his United Malays National Organisation (UMNO) party.

The majority Muslim Malays form 60% of a population of about 32 million, with the rest mostly made up of ethnic Chinese and ethnic Indians.

Najib acted quickly to try and stop the fallout, but it was too late and voters, livid at the graft accusations, threw out his ruling coalition.

A swift crackdown followed for Najib and his family at the hands of his mentor-turned-foe, Mahathir Mohamad, the veteran politician who led a loose opposition pact to power that year.

Yet Najib remains popular in some quarters. His regular jabs at the opposition and lighthearted updates on Facebook have drawn over 4 million followers, more than any other Malaysian politician.

“Last week my Facebook attracted 20 million engagements,” Najib said in an interview in March. “Normally I get about 9.5 million a week.”

(This story corrects state in paragraph 12 to Pahang, not Penang)

Tags: MALAYSIA, NAJIB, New, POLITICS, US
You may also like
Recent News:
This website uses cookies to improve your user experience and to provide you with advertisements that are relevant to your interests. By continuing to browse the site you are agreeing to our use of cookies.Ok