MONT SAINT-MICHEL, France (Reuters) – The sound of prayer flowed around the centuries-old abbey atop the Mont Saint-Michel, a tidal islet amidst vast sandbanks off France’s northwest coast, drifting down towards its deserted alleyways and past empty restaurants. 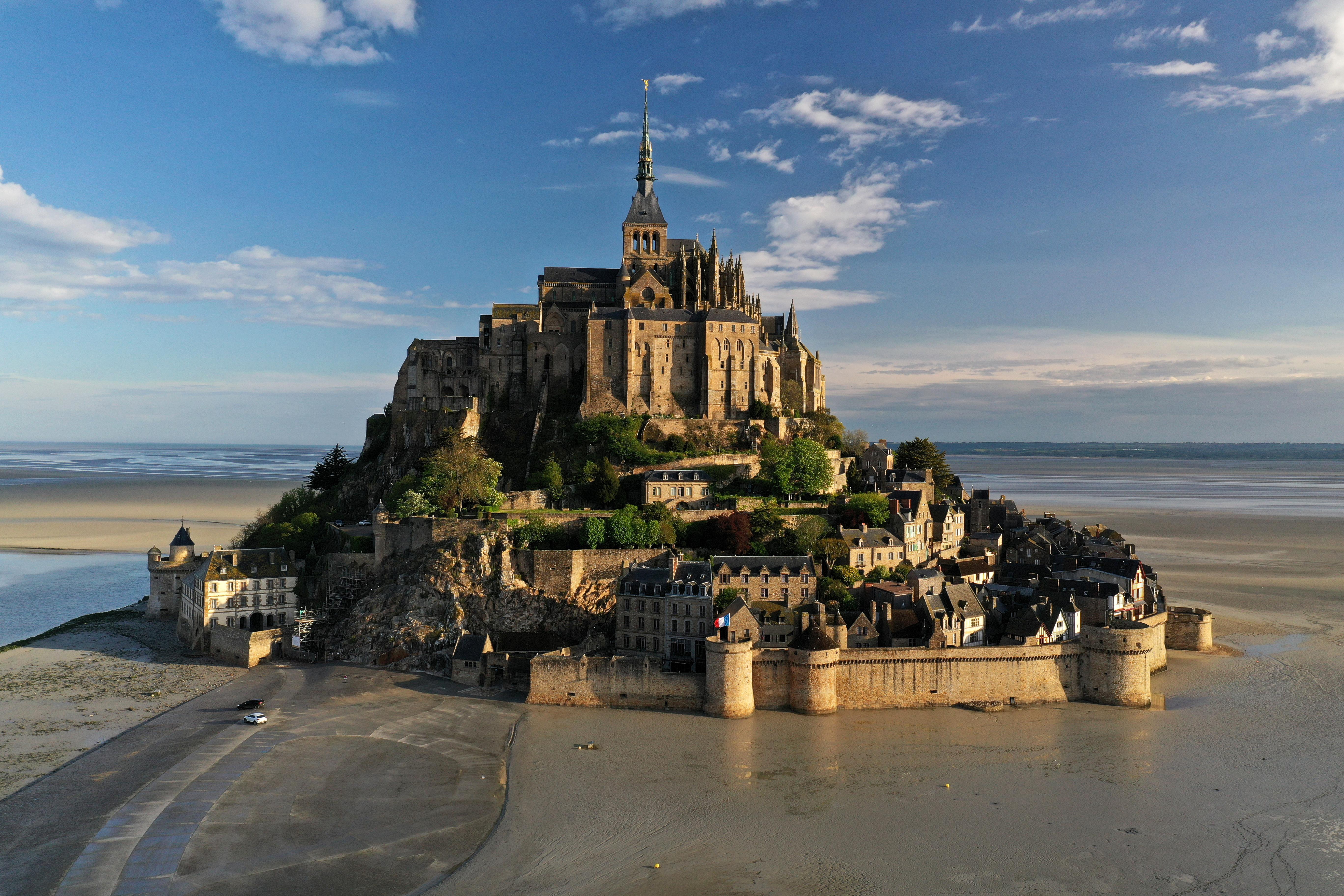 In normal times, the mount draws more than 2 million visitors a year. Now it lies empty except for 30 local residents whose restaurants, souvenir shops and cafes depend on the influx of tourists.

For Yan Galton, the commune’s outgoing mayor, the coronavirus lockdown has returned the Mont Saint-Michel to a charming bygone era — but with painful consequences.

“It takes me back years, reminds me of how it was when I was a kid,” Galton said. “Armed with my wooden sword, I used to pretend I was an Ivanhoe and would have the run of the fortress.

“Mont Saint-Michel is resting now. But from an economic point of view, it is a little sad.”

The abbey was founded in 966, built on a sanctuary dedicated to the Archangel Michel, but it was in the 13th century that work began on the Gothic centre-piece of its architecture, with towering walls and soaring pinnacles.

Tourists began swarming to the abbey and the village that arose in the shadows of its walls in the 1980s after it was designated a World Heritage Site.

Now with France under virtual lockdown, however, the Mont Saint-Michel is closed to the public and tourism is almost the only source of income.

At the foot of the mount, a shovel barred the doorway of the 132-year-old La Mere Poulard restaurant, through which the likes of Pablo Picasso, Glenn Close and Coco Chanel have passed to dine on its woodfire-cooked puff omelettes.

“Their jobs ground to a halt over the course of a weekend,” Bellon said, referring to the Saturday and Sunday before a March 17 virtual lockdown was imposed.

Souvenir shop owner Marc Yrieux also worries for his 20 staff and his business. He counts April as the month his summer season begins.

There will be no easing of the restrictions on public life until at least May 11 and even then it is unclear when France will re-open its borders, permit festivals and allow the tourism sector to reboot.

“It’s not like I’m going to make up for lost revenues in November,” Yrieux said.

For centuries the Mont Saint-Michel has been a sacred destination for pilgrims. While the pandemic has not altered a routine of work and prayer for the abbey’s five monks and six nuns, a profound sense of misfortune pervades, said Brother Philippe.

“In all the crises we have known, never have people been prevented people from praying among us,” he said.

Tags: Coronavirus, FRANCE, HEALTH, M, US
You may also like
Recent News:
This website uses cookies to improve your user experience and to provide you with advertisements that are relevant to your interests. By continuing to browse the site you are agreeing to our use of cookies.Ok