A ‘severe weather action’ health alert warns the elderly and vulnerable to take care through the coming days with a month-long mega-freeze looming. Sheet ice will turn roads and pavements into deadly skating-rinks while up to four inches of snow will blanket some regions, according to the Met Office. Freezing conditions sweeping in from Russia and Eastern Europe will disrupt rail and air services with power cuts and road delays also possible.

Heavy snow, which has already smothered parts of the UK, will spread widely through the next 48 hours putting swathes of the country including London and the southeast on the hit list.

Jim Dale, meteorologist for British Weather Services, said: “This is the greatest threat posed by the weather at this time of year since the big freeze of 2010/11.

“We are expecting a north-easterly and easterly feed with air coming in from Russia and the surrounding regions.

“This will bring some very low temperatures and snow, and overall, this is looking like the most notable snow event for a decade.

“So far snow has affected only some regions, but this will change over the next few days with more widespread, and at times heavy, wintry showers expected.

“We are looking at an extended Polar blast.” 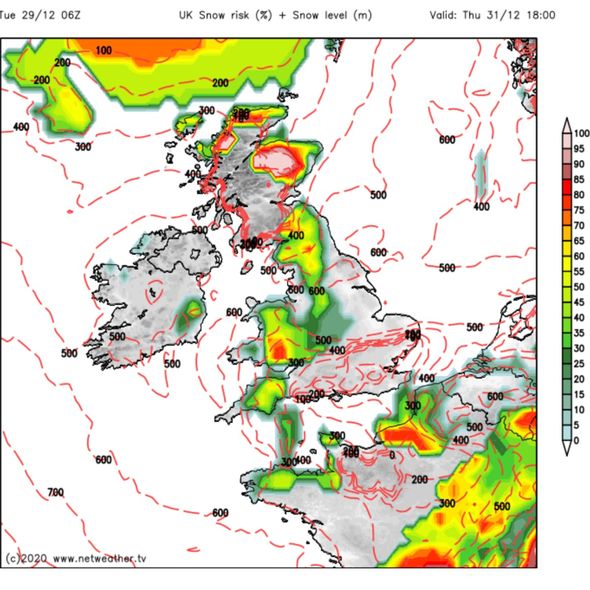 It warns widespread ice, heavy snow and persistently low temperatures pose a threat to the elderly and vulnerable.

“Heat your home to at least 18 Celsius if you can, particularly if you have reduced mobility, are 65 and over, or have a health condition such as heart or lung disease.”

Meteorologists are keeping a keen eye on the Baltic region amid growing fears of repeat of the killer 2018 Beast from the East. 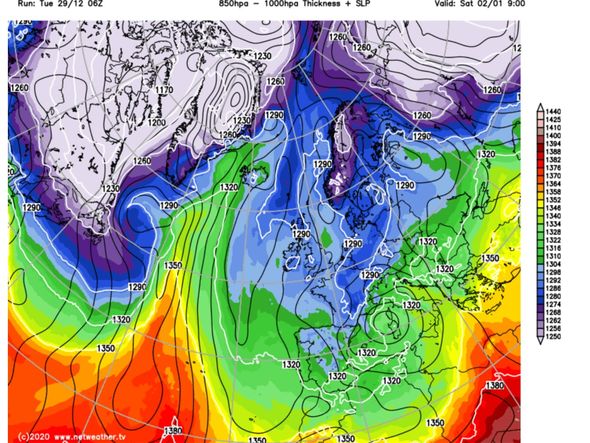 High pressure over Greenland will keep milder Atlantic conditions at bay while funnelling Polar air in from Russia and the Baltic region.

Mr Dale said: “The beast is getting closer and at the moment it is stretching its claws across from the east towards Britain.

“While the Atlantic weather is currently being held back by high pressure over Greenland, if this weakens it will allow more moist air into the UK where it will clash with cold air.

“This is something we will be keeping our eyes on as this could bring the very real risk of a major snow event later in January.

“This is looking like turning into a lengthy cold spell lasting at least into the middle of January.”

Some forecasters say it could be February before the cold eases its grip with snowstorms and sub-zero temperatures likely through next month. 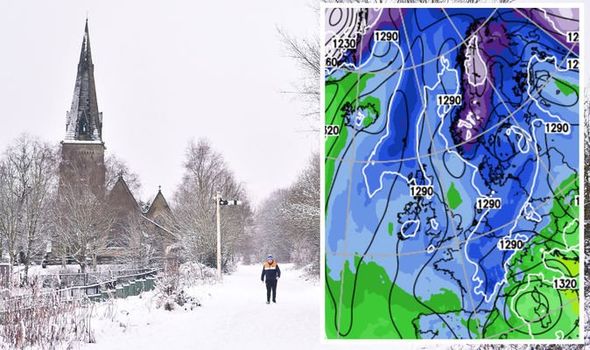 He said: “January looks set to continue with the cold theme and although snow will be a feature for many, another risk would be ice storms which will develop as stormy weather pushes in off the Atlantic.

“When these clash with cold air across the UK there will be a risk of heavy snow, this will make for hazardous conditions on the roads.

“January is now looking like it will turn out colder than average.”

Government weather warnings have been issued widely through the coming days as northerly winds scour Britain. 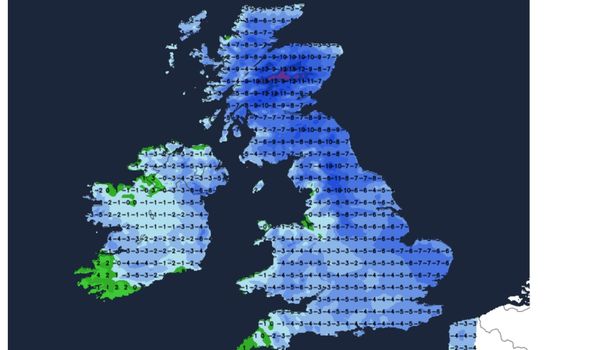 Snow and ice alerts cover much of the Scotland and England through the next three days.

Government meteorologists have warned Britons to take care on the roads with icy conditions forecast overnight.

A Met Office spokesman said: “Services may be delayed or cancelled, with some road closures and longer journey times.

“There is a small chance of travel delays on roads with some stranded vehicles and passengers, along with delayed or cancelled rail and air travel.

“There is a slight chance that power cuts may occur, with the potential to affect other services, such as mobile phone coverage.”

A spokesman for The Weather Company (IBM) added: “On occasion snow will come down to lower levels bringing several centimetres to even lower levels.

“It looks like colder than average temperatures will continue into early January.”

The AA warned drivers to take extra care on the roads and carry supplies in case of breakdowns.

“If you do need to travel, adjust your speed to the conditions and leave plenty of space behind other vehicles to account for greater stopping distances.

“It’s also worth carrying some winter essentials such as warm, waterproof layers, a shovel, a torch, fully charged mobile phone and a flask of hot drink.”

Tags: autoplay_vide, headlines, nation
You may also like
Recent News:
This website uses cookies to improve your user experience and to provide you with advertisements that are relevant to your interests. By continuing to browse the site you are agreeing to our use of cookies.Ok