HONG KONG (Reuters) – Hong Kong began free coronavirus testing for all residents in the Asian financial hub on Tuesday, as the mainland Chinese-led initiative faced scepticism from the city’s medical community and public, with some activists urging a boycott. 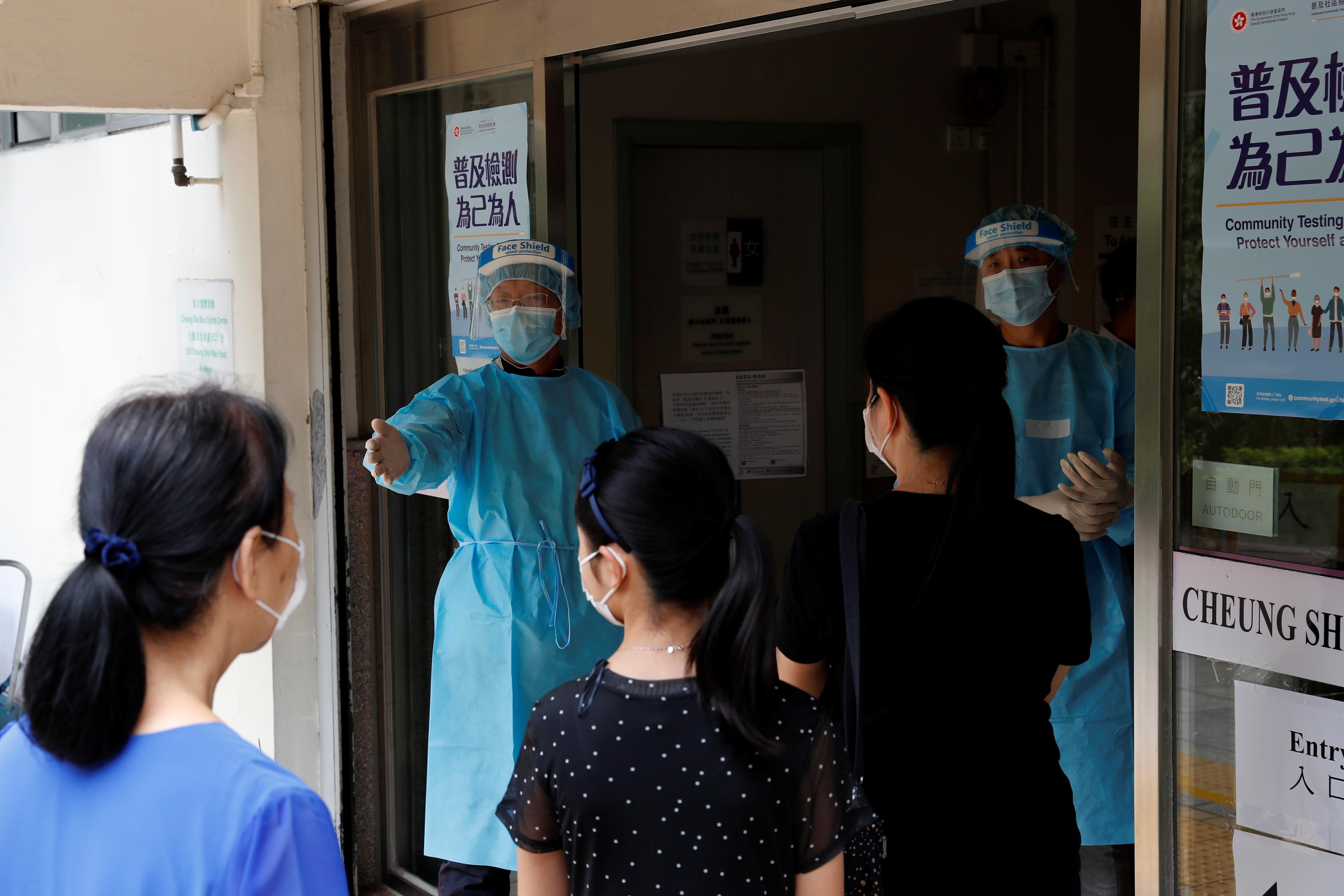 The initiative began at 8.00 am (0000 GMT), with a 60-strong mainland team conducting tests. It is the first direct help from China’s health officials for the semi-autonomous city as it battles the pandemic.

The scheme has emerged as a politically charged issue, with authorities in Hong Kong and China saying critics are trying to smear the central government.

The issue comes at a sensitive time with anxiety running high about what many of Hong Kong’s 7.5 million residents see as Beijing’s efforts to rein in their freedoms, in particular with a national security law imposed in June.

Lam said at the news conference that Hong Kong’s executive, legislative and judicial powers are derived from Beijing.

“Our power is from the central government’s authorization to Hong Kong,” she said in comments that are likely to stoke further concern that the city has taken a more authoritarian turn.

China’s offer to test residents comes as the number of new daily cases in the former British colony has fallen substantially, to single- or low double-digits, from triple-digits during the latest surge in cases a few weeks ago.

Nearly 600,000 people have signed up for the free testing, with people lining up on Tuesday at the 141 test centres across the city.

A Hong Kong pro-democracy union of healthcare workers and several activists called on Sunday for a boycott of the scheme.

Some democracy activists have suggested that people’s DNA will be collected and abused under the cover of testing. The government has dismissed that saying no samples would be taken out of the city.

The volume of testing is due to increase to 500,000 a day from about 12,000 previously, authorities have said.

“Doing the testing will set my mind and others’ at ease,” said a 68-year old woman surnamed Cheung, as she queued outside a sports centre used for testing.

Tags: Coronavirus, HEALTH, HONGKONG, US
You may also like
Recent News:
This website uses cookies to improve your user experience and to provide you with advertisements that are relevant to your interests. By continuing to browse the site you are agreeing to our use of cookies.Ok