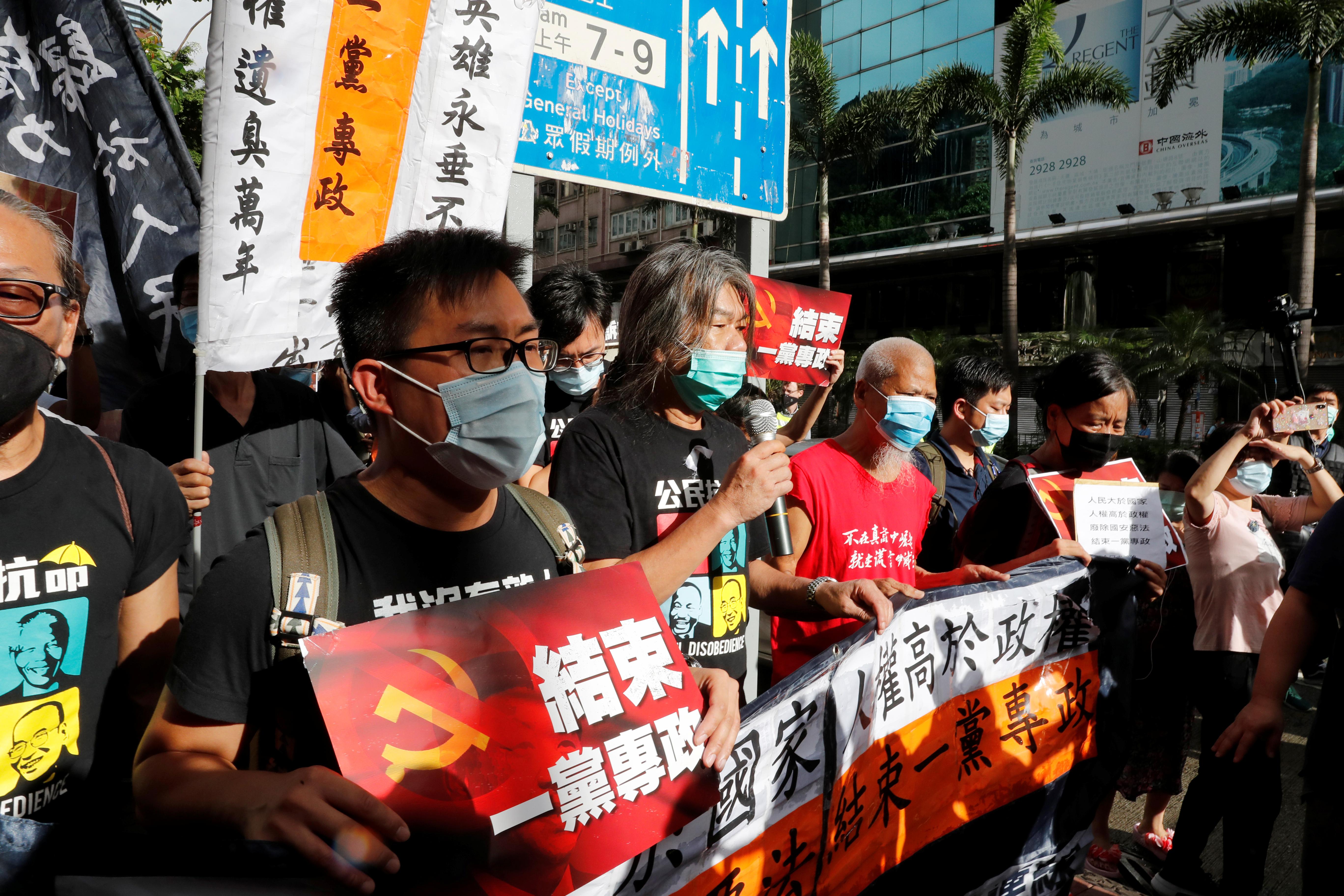 The contentious law will punish crimes of secession, subversion, terrorism and collusion with foreign forces with up to life in prison, heralding a more authoritarian era for China’s freest city.

About a dozen demonstrators rallied to protest against the new law, which critics fear will crush wide-ranging freedoms promised to Hong Kong for 50 years when it returned to Beijing under a “one country, two systems” style of governance.

Authorities barred an annual march due to be held on Wednesday, citing a ban on gatherings of more than 50 people in a bid to curb coronavirus, but many activists pledged to defy the order and march later in the afternoon.

The annual rally is traditionally held to air grievances over everything from sky-high home prices to what many see as Beijing’s increasing encroachment on the city’s freedoms.

“We march every year, every July 1, every October 1 and we will keep on marching,” said pro-democracy activist Leung Kwok-hung.

On July 1 last year, hundreds of protesters stormed the city’s legislature to protest against a now-scrapped bill that would have allowed extraditions to mainland China, trashing the building in a direct challenge to authorities in Beijing.

Those protests evolved into calls for greater democracy, paralysing parts of the city and paving the way for Beijing to directly impose national security law on Hong Kong, a move that has drawn condemnation from some Western governments.

Critics fear the legislation will crush wide-ranging freedoms in Hong Kong denied to people in mainland China that are seen as key to its success as a global financial centre.

Authorities in Beijing and Hong Kong have repeatedly said the legislation is aimed at a few “troublemakers” and will not affect rights and freedoms, nor investor interests.

Tags: Crime, HONGKONG, PROTESTS, US
You may also like
Recent News: