Great White shark near Sanctuary Beach minutes after an attack

A video of the incident was shared on social media as the shark approached the beach full of children. The shark’s fin can be seen pointing out of the water on the Marmaris coast in southwest Turkey.

Locals and tourists appear to be standing in the water as the shark circled around them.

In the background, other people can be seen pointing in horror when the creature was spotted.

Bizarrely, one man approached the shark and started whacking it over the head with a floor mop.

The shark was hit over the head a few times as the man filming the unusual scene started laughing. 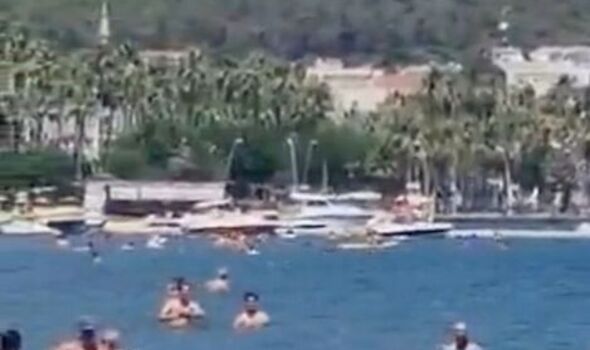 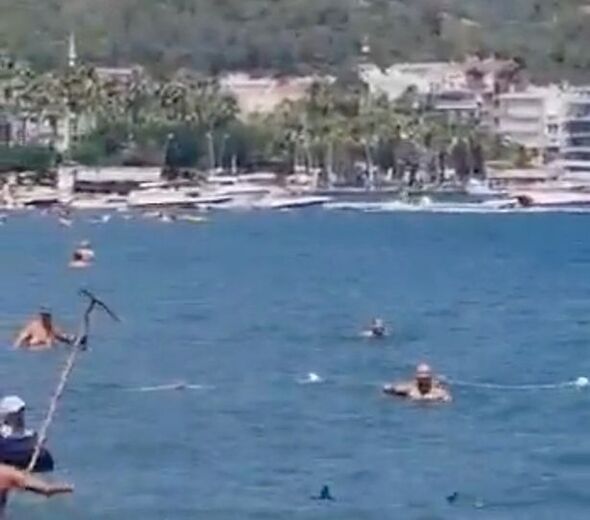 Eventually, the shark grew tired of the attack and swam off.

The crowd stayed, however, to ensure that the creature was gone for good.

As the clip continues for another few seconds the shark’s fin and tail were captured as it was forced into a humiliating retreat.

Authorities in Marmaris later argued that it wasn’t a shark at all, according to The Sun. 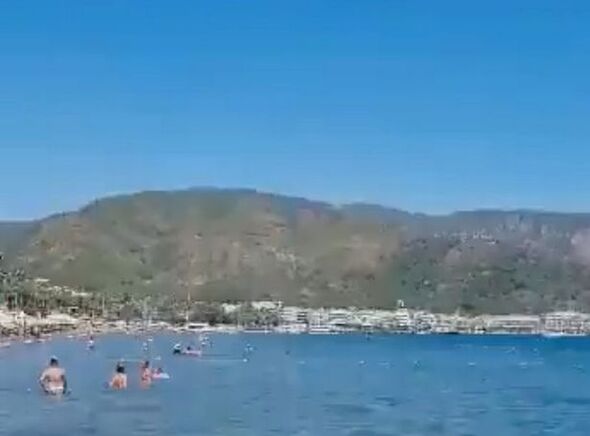 They said: “The fish seen on the public beach and thought to be a shark was a Mediterranean Garfish.

“According to experts, it is a harmless animal.

“That’s why you don’t need to take a mop with you when you go into the sea.”

However, The Mediterranean Sea is home to 47 different types of shark, including the blue shark, great hammerhead and Great White shark.

It comes after several beaches on the Egyptian Red Sea coast were closed after two female tourists were killed in separate shark attacks last week.

Elizabeth Sauer, 68, from the Tyrol region of Austria died on Friday after losing an arm and a leg in a vicious shark attack.

Egyptian authorities said a Mako shark was responsible for her death.

On Sunday, a Romanian woman was also killed in an attack.

Both attacks occurred off the coast of Sahl Hasheesh near the city of Hurghada, approximately 60 miles southwest of the popular resort of Sharm El Sheikh.