ZGORZELEC, Poland (Reuters) – Hundreds of people who live in Poland and work in Germany protested on Friday evening in the southwestern Polish border town of Zgorzelec against a mandatory coronavirus quarantine for those who cross the border. 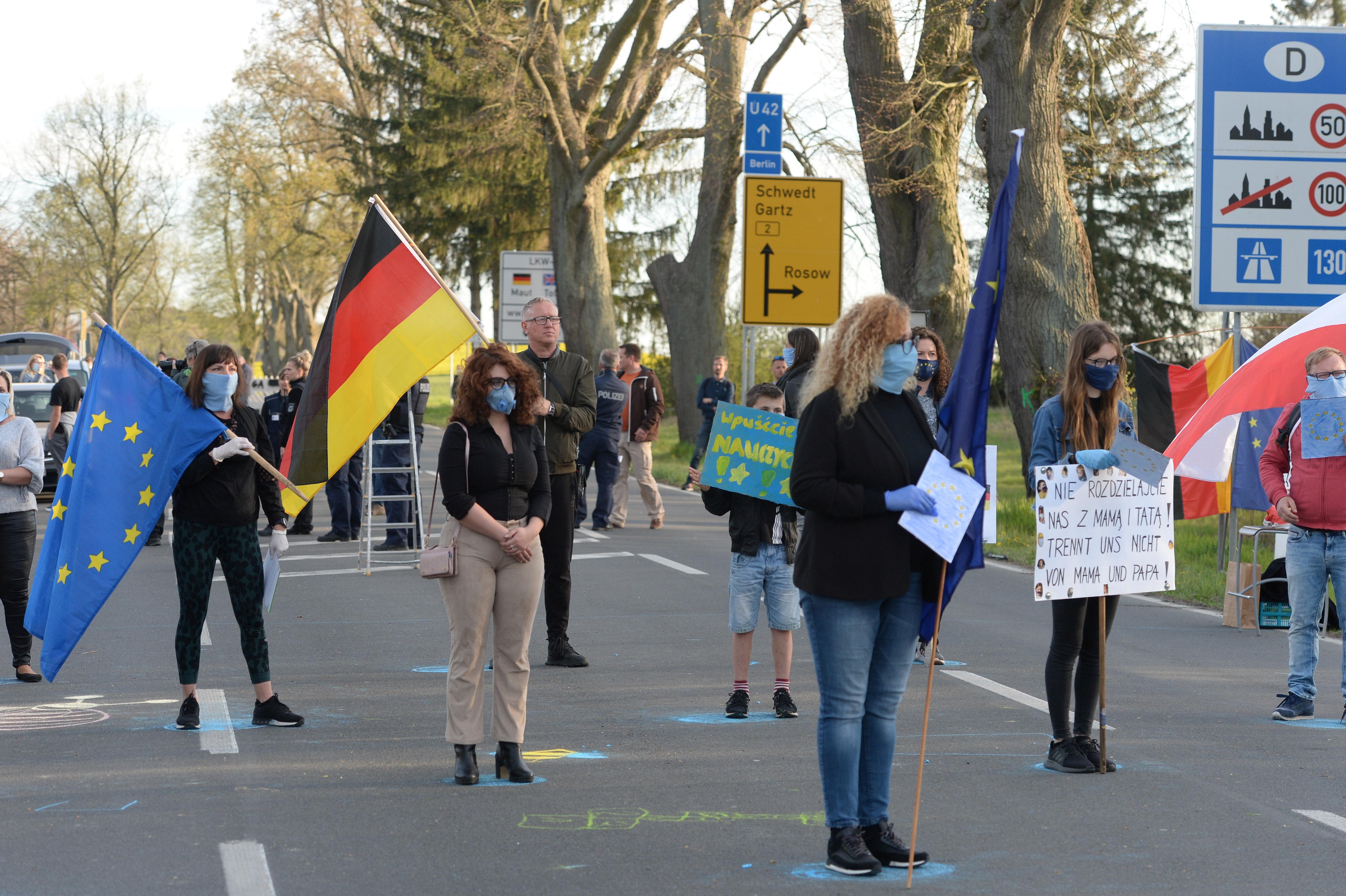 Poland was one of the first European Union states to close borders due to the outbreak of the new coronavirus. It also imposed a mandatory two-week lockdown for those who enter its territory – a major jolt for those who live their lives in between two EU states.

The protest was staged on a foot bridge connecting Zgorzelec and the German town of Gorlitz, which functioned as one town before the borders were closed.

“I’ve been trapped at home for six weeks, can’t cross the border, go to work. I can’t go back to my students,” said Mirella Binkiewicz, a teacher living in Zgorzelec and working in Gorlitz.

Around 300 people gathered at the Polish side and some 100 at the German, some wearing face masks. The two groups were separated by a provisional metal fence that has been erected in the middle of the bridge to prevent people from crossing the border.

“Let us work, let us home,” said one banner carried by the protesters in Poland. Some of them also chanted the Polish national anthem and others hummed the EU anthem, the Ode to Joy.

Renata Burdosz, from Zgorzelec town hall, cited data showing that around 20,000 Poles work in the German region of Saxony, 10,500 of whom cross the Polish-German border on a daily basis. Around 3,000 Poles work in Gorlitz alone, she said.

Protests were staged also in other Polish towns located on the German and Czech borders.

“Let’s remember that jobs will not wait forever for the return of Polish workers. Will these people … receive help and support from the state?” local authorities from the south-western Poland said in an open letter to Prime Minister Mateusz Morawiecki.

Morawiecki said earlier this month that borders would remain closed until at least May 3.

“This is a difficult issue. I understand the difficulties of the citizens, and the government will discuss this next week,” a government spokesman told private radio Zet on Saturday.

Tags: BO, Coronavirus, CROSS, HEALTH, US
You may also like
Recent News:
This website uses cookies to improve your user experience and to provide you with advertisements that are relevant to your interests. By continuing to browse the site you are agreeing to our use of cookies.Ok