Hurricane Douglas is currently located midway between Mexico and Hawaii, whirling over the open ocean about 1,500 miles east of the Hawaiian archipelago. But recent data indicates that Douglas’s track could take it ominously near or directly over the islands of Hawaii, bringing wind, rain and high surf over the weekend.

The storm strengthened into a Category 1 storm Wednesday morning.

Hurricane Douglas has sustained winds of 80 mph and is travelling westward toward Hawaii at a rate of 16 mph, according to the Hurricane Centre.

The Hurricane Centre said it is expected to strengthen is expected over the next day or two and Douglas may develop into a Category three or higher storm.

A Category three storm has sustained winds from 111 to 129mph – and according to Cyclocane, Douglas is set to reach 125mph. 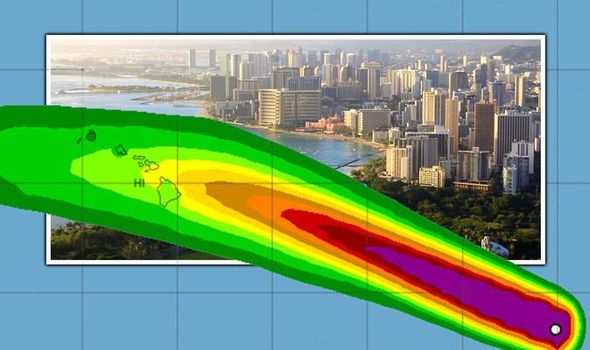 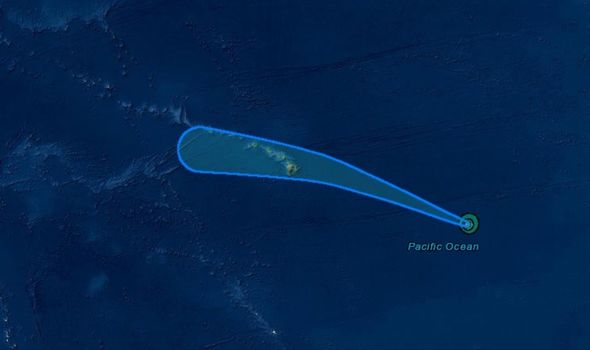 Hurricane Douglas is set to make landfall in Hawaii by Sunday if it continues on its trajectory through the Pacific ocean.

However, the general statistical likelihood of pacific storms hitting the islands of Hawaii is low.

Phil Klotzbach, a research scientist at Colorado State University, said: “It is fairly common for hurricanes to track towards Hawaii, but they usually dissipate or at least weaken considerably before impacting the islands. 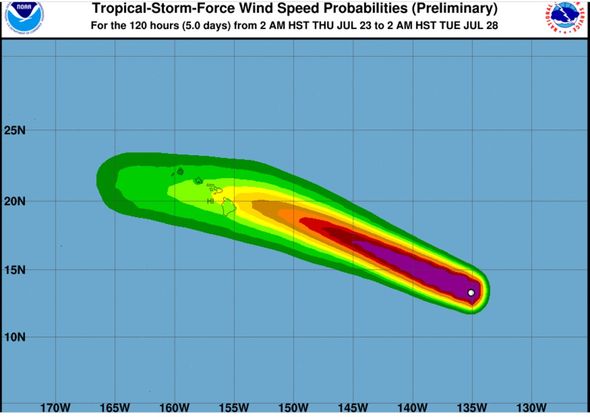 “For example, both Lane and Olivia impacted Hawaii in 2018. Also, in 2016, both Lester and Madeline threatened Hawaii.”

Hawaii covers 6,423 square miles of land divided up among six main islands, all in the world’s largest ocean basin.

There are other key weather features, like wind shear and dry air, that meteorologists look for that could either steer storms away from Hawaii or weaken them dramatically before they reach the shore.

One of the more influential atmospheric processes is a semi-permanent North Pacific high-pressure system which often forces a detour to any oncoming tropical systems.

However, when that high pressure is weaker than normal or is broken down by an incoming trough, trouble can brew.

Because of this, there is a reasonable chance it will be downgraded to a tropical storm by the time it comes close to Hawaii.

The storm begins what is already a late-starting season in the Pacific as well as the Atlantic, and experts predict a La Niña could be taking place.

La Niña can cause both more frequent and stronger hurricanes in the Atlantic. 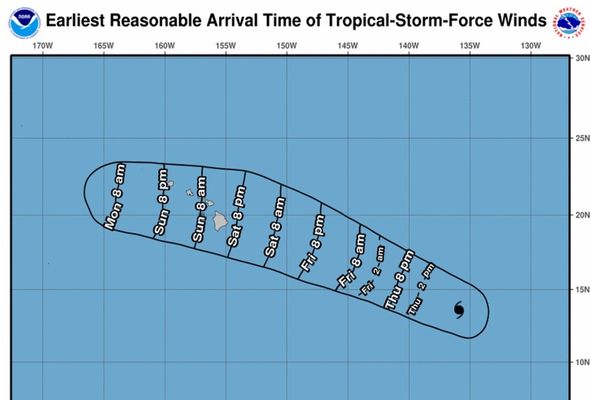 The Atlantic hurricane season generally sees an increase in the number of hurricanes and tropical storms during La Niña.

This is due to weaker wind shear and greater atmospheric instability, both of which encourage hurricane formation.

Conditions are characterized by below-normal sea surface temperatures in the tropical Pacific.

While sea surface temperatures remained near normal in the Central-Eastern Pacific, they fell below average in the Eastern Pacific last month, the NOAA has said.

Tags: autoplay_video, headlines, hurri
You may also like
Recent News:
This website uses cookies to improve your user experience and to provide you with advertisements that are relevant to your interests. By continuing to browse the site you are agreeing to our use of cookies.Ok