The 2020 hurricane season has weeks before its peak arrives. Hurricane experts predict it will be an extremely busy hurricane season, with the National Hurricane Center (NHC) monitoring three active storms right now. But where are these storms and will any become the first hurricane of the season?

In the Central Pacific, Hurricane Douglas is currently whirling across the ocean.

Douglas is expected to move near or over portions of the Hawaiian Islands this coming weekend and there is a strong chance of strong winds and heavy rainfall.

This unsettled weather could impact portions of the state beginning on Sunday.

As of 11pm HST Wednesday (10am BST Thursday) the storm was located at latitude 13.1 north, longitude 134.0 west which is around 1,470 miles east southeast of Hilo, Hawaii. 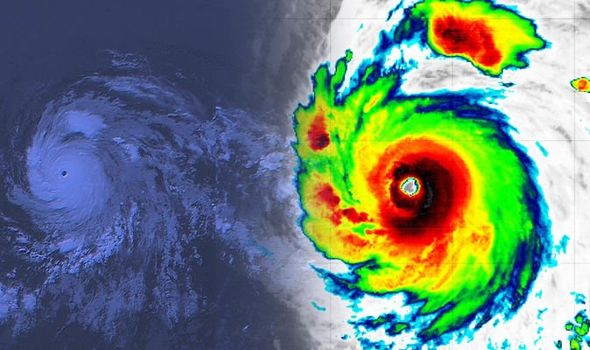 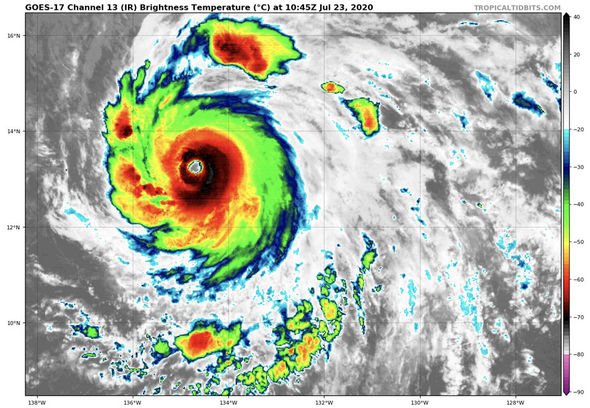 The latest NOAA advisory reads: “Douglas is moving toward the west-northwest near 17mph (28kmh) and this general motion is expected to continue through Saturday.

“Maximum sustained winds have increased to near 120mph (195kmh) with higher gusts.

“Douglas is a category 3 hurricane on the Saffir-Simpson Hurricane Wind Scale. Some additional strengthening is possible on Thursday.

“Gradual weakening is forecast to begin by early Friday. 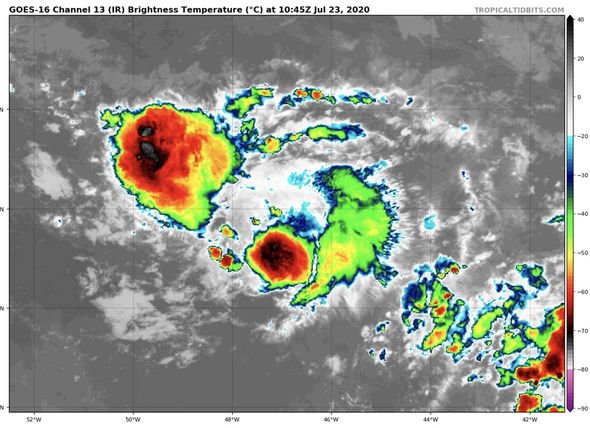 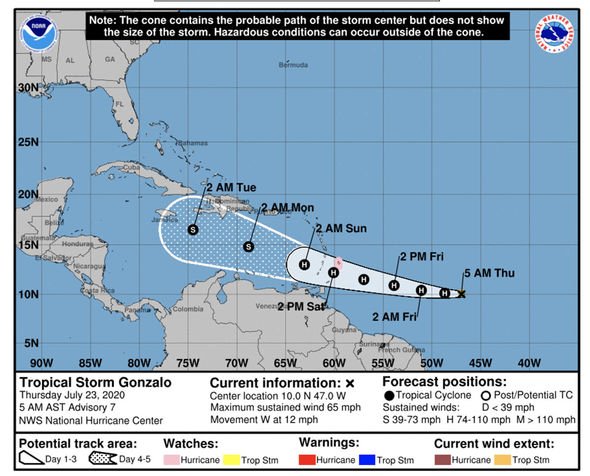 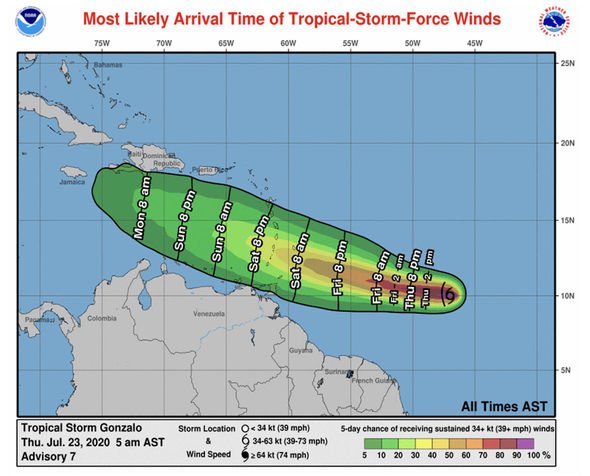 Tropical Storm Gonzalo formed on Wednesday and is due to become the first hurricane of the 2020 Atlantic hurricane season on Thursday.

The NHC said there is an increased risk of wind and rain impacts from the storm in portions of the southern Windward Islands this weekend.

Hurricane conditions are possible on Barbados where a hurricane watch has been issued.

Interest in the southern Windward Islands should monitor the progress of Gonzalo and follow any advice given by local officials.

As of 5am AST (10am BST) a hurricane watch is in effect across all of Barbados.

The storm was located near latitude 10.0 north, longitude 47.0 west.

The tropical storm was packing maximum sustained winds of 65mph.

The latest forecast track predicts the centre of Gonzalo would approach the Windward Islands late Friday and Saturday. 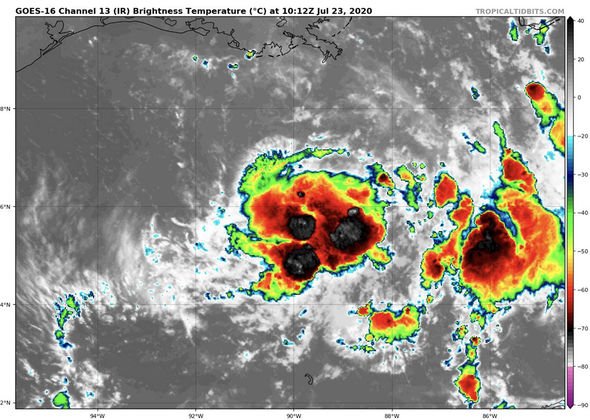 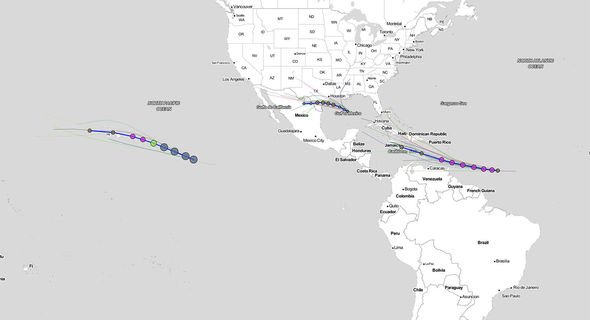 There is also a tropical depression whirling in the Atlantic.

Tropical Depression Eight is expected to strengthen and it could bring tropical-storm-force winds to portions of the Texas coast.

The depression is forecast to produce heavy rains across portions of Louisiana and southern Texas which could result in flash flooding.

In total, up to eight inches of rainfall could be seen through Monday along the Gulf Coast from Louisiana to the Lower Texas Coast and inland through south-central Texas and the Rio Grande Valley.

A tropical storm warning has been put into effect for Port Mansfield to High Island Texas.

This type of warning means tropical storm conditions are expected to hit the region within this watch area within the next 48 hours.

According to the latest advisory, the storm had reported maximum sustained winds of near 30mph (45kmh) with higher gusts.

Slow strengthening is expected and so the depression could potentially become a tropical storm in the next day or two.

Tags: envir, headlines, nation, science
You may also like
Recent News:
This website uses cookies to improve your user experience and to provide you with advertisements that are relevant to your interests. By continuing to browse the site you are agreeing to our use of cookies.Ok