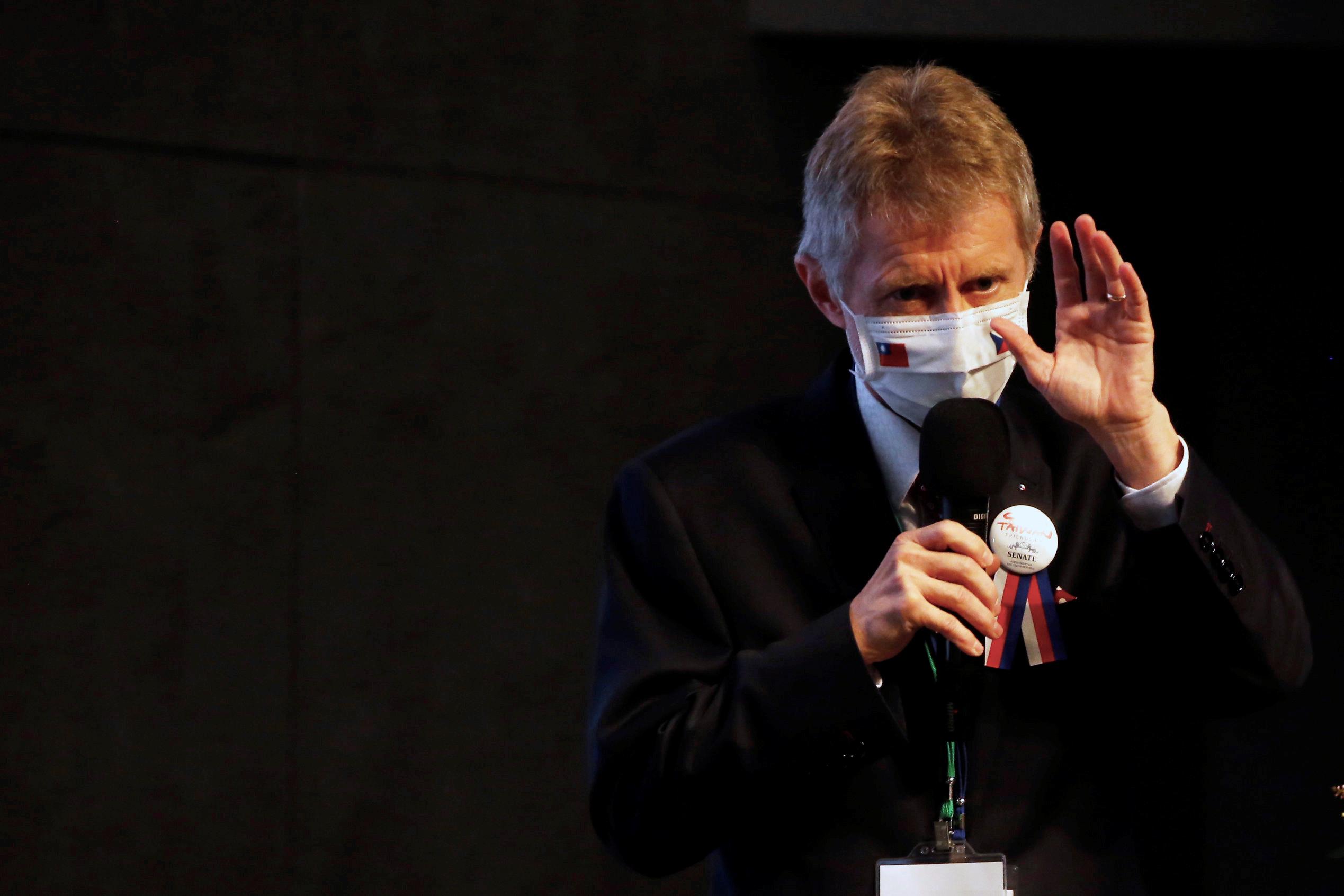 TAIPEI (Reuters) – The head of the Czech Senate declared himself to be Taiwanese in a speech at Taiwan’s parliament on Tuesday, channelling late U.S. President John F. Kennedy’s defiance of Communism in Berlin in 1963, in remarks likely to further rile Beijing.

China, which claims democratic Taiwan as its own territory, has threatened to make Czech Senate speaker Milos Vystrcil pay a “heavy price” for visiting the island. The Czech Republic, like most countries, has no formal diplomatic ties with Taiwan.

Addressing Taiwan’s parliament, Vystrcil, who is leading a delegation of about 90 politicians and business executives, said Kennedy’s declaration he was a Berliner was an important message for freedom and against Communism.

“Please allow me to use the same method to express support for Taiwan’s people. Allow me to be so humble but also resolute in saying to your country’s parliament that I am Taiwanese,” Vystrcil said, receiving a standing ovation.

Vystrcil spoke in Czech in comments translated into Mandarin.

Kennedy’s “Ich bin ein Berliner” speech in 1963, telling the frightened people of West Berlin who were surrounded on all sides by Communist East Berlin that he was also a Berliner, is an address often called Kennedy’s best.

Vystrcil has said his Taiwan visit underscores the “values-based” foreign policy put in place by late President Vaclav Havel, an anti-communist dissident and personal friend of the exiled Tibetan leader, the Dalai Lama.

While the Czech government has not supported his visit, it has been upset by China’s strong condemnation and has summoned the Chinese ambassador. Beijing on Monday also summoned the Czech ambassador for a telling-off.

Czech President Milos Zeman has sought closer business and political ties with China since taking office in 2013, but his efforts have been hit by failed investment plans and Czech wavering about allowing China’s Huawei Technologies to play a role in developing next-generation telecoms networks.

Tags: Czech, GERMANY, Taiwan, US
You may also like
Recent News:
This website uses cookies to improve your user experience and to provide you with advertisements that are relevant to your interests. By continuing to browse the site you are agreeing to our use of cookies.Ok