Vladimir Putin top supporters on Russia national television had previously mocked the sanctions imposed following the invasion of Ukraine in February, dismissing their impact on the Russia economy. But RT head Margarita Simonyan appeared to change her tune this weekend as she warned her fellow Rossiya-1 panellists that the economic punishment will lead to a “tectonic shift” in Russian society. She said: “I don’t know who here is still anticipating that the sanctions will be lifted.

“If we’re planning out future on the basis that there will be no sanctions, if we have people in charge who believe that, if any of our decision-making positions, that person should leave willingly before things get worse for them.

“It’s clear to everyone this will not happen. We’re in the midst of a tectonic shift in our configuration of everything here.

“Our economy, future, technologies, medicine, culture. If somebody didn’t understand that and is hoping to wait it out in their cozy office until things get as they were before, I have bad news.

“It won’t like it used to be. It’s obvious that the sanction won’t be lifted because a peace agreement will never be signed on the conditions of some Ukraine.”

JUST IN: ‘Teach them a lesson’ Brits urged to ‘boycott French goods’ after chaos 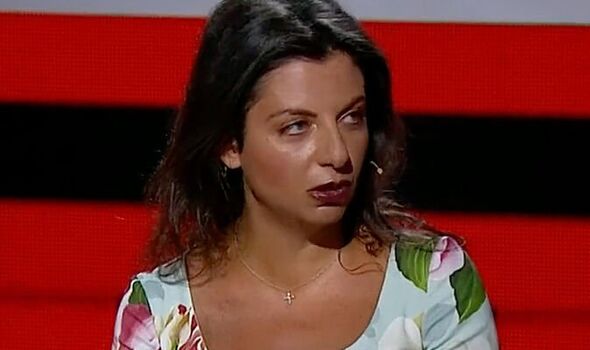 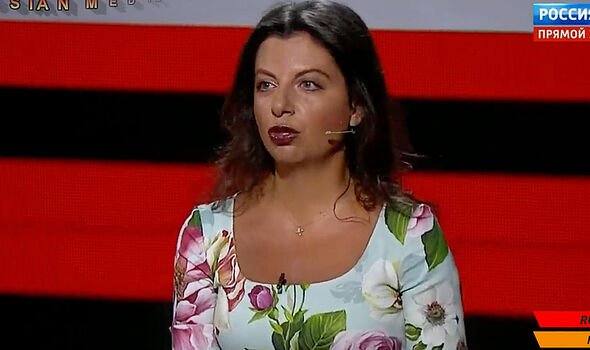 Fellow panellist Andrey Kartapolov agreed he could not foresee Russia making any concession to Ukraine in a bid to end the invasion.

The tone of Rossiya-1 panels has grown increasingly concerning, with some of the guests adopting openly genocidal language and insisting Ukraine would have to disappear off the map before Moscow agreed to retreat.

Kartapolov said: “There’ll be no peace on their conditions, much less on Ukraine’s made-up conditions.

It won’t happen. There will be an unconditional capitulation.

“And the heck with them – this is what they want.” 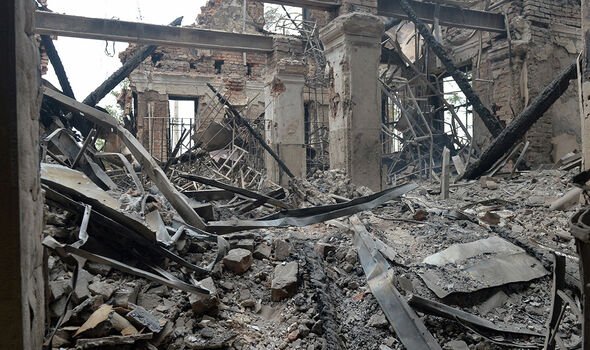 His comments, the clearest acknowledgment yet that Russia’s war goals have expanded over the five months of war, came after Washington said it saw signs Moscow was preparing to formally annex territory it has seized in its neighbour.

Lavrov is the most senior figure to speak openly of Russia’s war goals in territorial terms, nearly five months after Putin launched his February 24 invasion with a denial that Russia intended to occupy its neighbour.

Then, Putin said his aim was to demilitarise and “denazify” Ukraine – a statement dismissed by Kyiv and the West as a pretext for an imperial-style war of expansion.