SINGAPORE (Reuters) – As Singapore wins global plaudits for its handling of the coronavirus, the disease has spread rapidly within its large migrant worker community, highlighting what rights groups say is a weak link in the city state’s containment efforts. 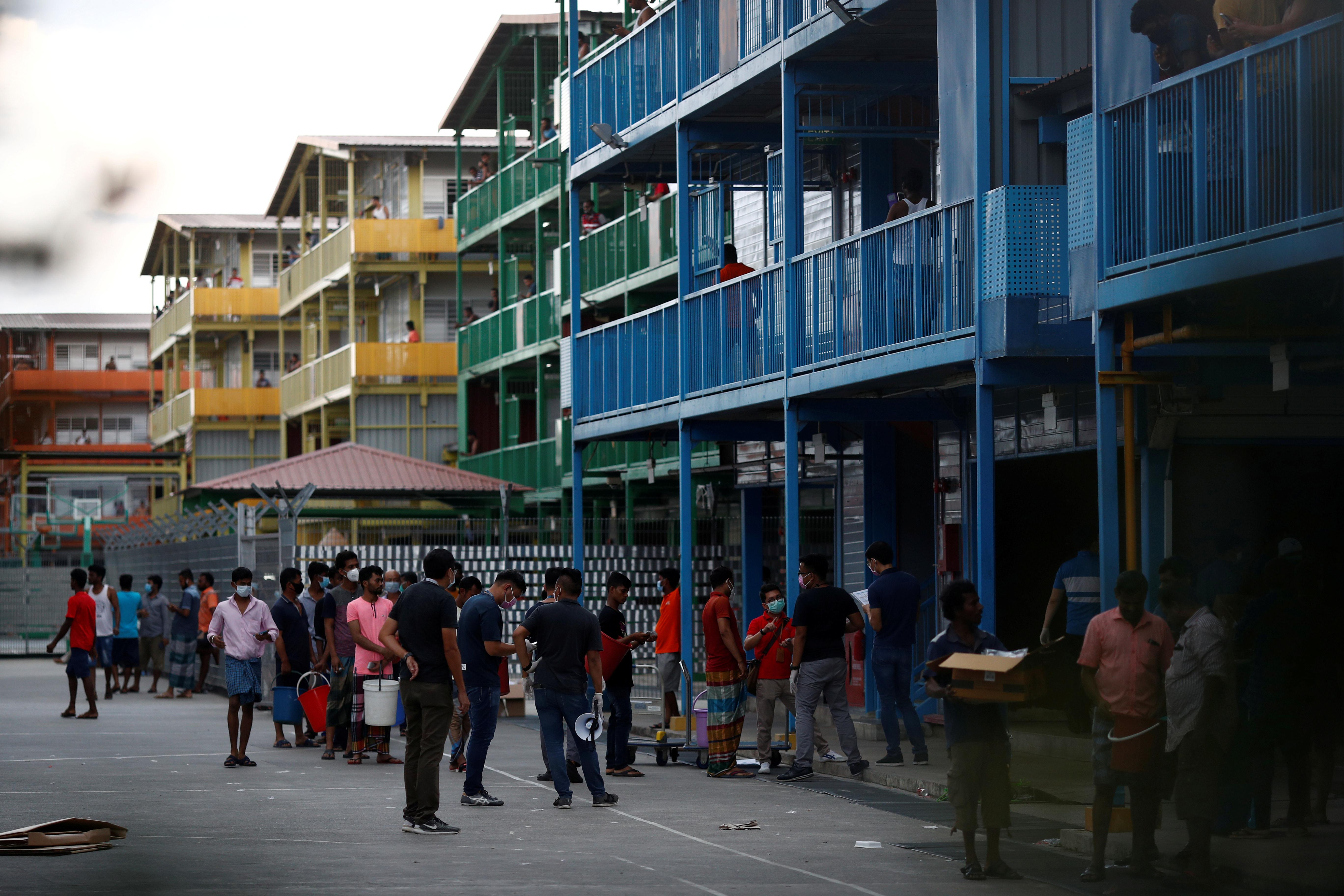 Singapore has managed to mitigate the spread of the disease among its citizens by rigorous contact tracing and surveillance, earning praise from the World Health Organization. Infections within the migrant community, however, are mounting. As of April 14, out of 3,252 cases recorded in Singapore, 1,625 were linked to outbreaks in migrant worker dormitories.

Rights groups, charities and medical experts had flagged the potential for mass infection among the more than 300,000 migrant workers living in often cramped and unsanitary conditions in the wealthy country of 5.7 million.

But some of Singapore’s early policy responses did not account for this vulnerable community, according to rights groups and volunteer organisations.

For example, a Singapore government order restricting doctors to single hospitals to prevent them spreading the virus sharply reduced volunteer health services depended upon by some workers, they said.

And a nationwide mask distribution at the start of the outbreak excluded migrant workers living in dormitories.

Moreover, measures introduced recently to confine tens of thousands of workers to packed quarters may increase the risk of infection spread, they added.

“We are definitely concerned that this approach exposes a lot more migrant workers to the risk of contracting COVID-19,” said Rachel Chhoa-Howard, a Singapore researcher for the rights group Amnesty International.

The authorities say they have taken preventative measures to address personal hygiene, inter-mingling and disease detection in migrant housing but that their decision to quarantine thousands of workers was necessary once the virus started spreading.

Singapore’s health and manpower ministries did not respond to specific questions for this article. Both referred Reuters to previous statements they had made on their virus containment measures.

The situation in the migrant dormitories highlights the different standards applied to the mainly Bangladeshi and Indian manual workers whose labour has helped build the glitzy, modern city-state, and the rest of the population.

The government has put up Singapore residents returning from overseas in expensive hotels to limit contagion. Some migrant workers have been confined to bunk rooms that they said had blocked toilets and overflowing refuse bins.

The Ministry of Manpower has said it faced “challenges” at the start of the quarantine related to hygiene and the supply of food in the dormitories, but that it had been working with operators to improve conditions.

Prime Minister Lee Hsien Loong said in an address on April 10 that Singapore appreciated the efforts of its migrant workers, and that they would continue to be paid while in quarantine.

Some workers depended on getting healthcare at subsidised clinics run by a charity called HealthServe, staffed with volunteer doctors and nurses. But when the government issued a directive on Feb 7 saying that public hospital staff had to restrict their work to one hospital to prevent cross contamination, HealthServe said it had to scale back operations, depriving some of the most needy workers of medical care.

HealthServe – which offers consultations for S$8 ($5.65), compared with around S$50 at government clinics – said it had to reduce services by 90% and close two of its three clinics.

Jeremy Lim, chairman of the medical services committee at HealthServe, said he flagged the drop in volunteers to the government but was told nothing could be done.

The Ministry of Health did not respond to a request for comment on the closure of the clinics.

Lim said access to cheap healthcare could have made it easier to spot infections among migrant workers at an earlier stage.

Migrant workers living in dormitories – often 12 or 20 to a room – were also excluded from a government initiative in February to distribute masks to every household after retailers ran out of stocks.

Lim called this a “blind spot” in the policy response to migrants which “we are now learning to our collective regret”.

Singapore has now ordered residents to wear masks in public due to rising evidence of asymptomatic transmission.

Deborah Fordyce, president of Transient Workers Count Too, an advocacy group, on March 23 warned in an editorial in the Straits Times, the country’s main newspaper, that the risk of an outbreak within the migrant community was “undeniable”.

Two weeks later, Singapore announced it was sealing off some 20,000 migrant workers in two dormitories. Eight dormitories are now under lockdown, impacting about 62,500 workers, according to Reuters estimates based on government statements and public information about the dormitories under lockdown.

The Ministry of Manpower did not respond to a request for comment on the total number of people quarantined.

The government has now ordered the rest of the country to stay home and maintain at least a metre distance from others if out for essential needs like food shopping.

Singapore has also ramped up testing in dormitories and started to move some workers deemed “essential” into public housing, military camps and industrial accommodation ships, which authorities say is helping create more room in the complexes.

The government has defended its virus-prevention measures in dormitories, which include advising operators to monitor workers for fever and preventing mingling in common areas.

“It is not as if we have not done anything to try and manage the situation,” Josephine Teo, the manpower minister, said on April 9.

Reuters spoke to six workers at four dormitories who said, on condition of anonymity, that precautions such as temperature checks and social distancing were not strictly enforced or only introduced very recently.

The potential exposure of Singapore’s migrant workers to infectious diseases was a concern of health experts before the coronavirus outbreak.

A review of previous disease outbreaks in Singapore such as malaria, dengue, zika and tuberculosis showed migrant workers were disproportionately affected, in part due to their living and working conditions, according to a study by Singapore scholars published in the Journal of Travel Medicine in 2017.

Nilim Baruah, senior migration specialist at the International Labour Organisation, said migrant workers were among the groups most vulnerable to the COVID-19 outbreak. 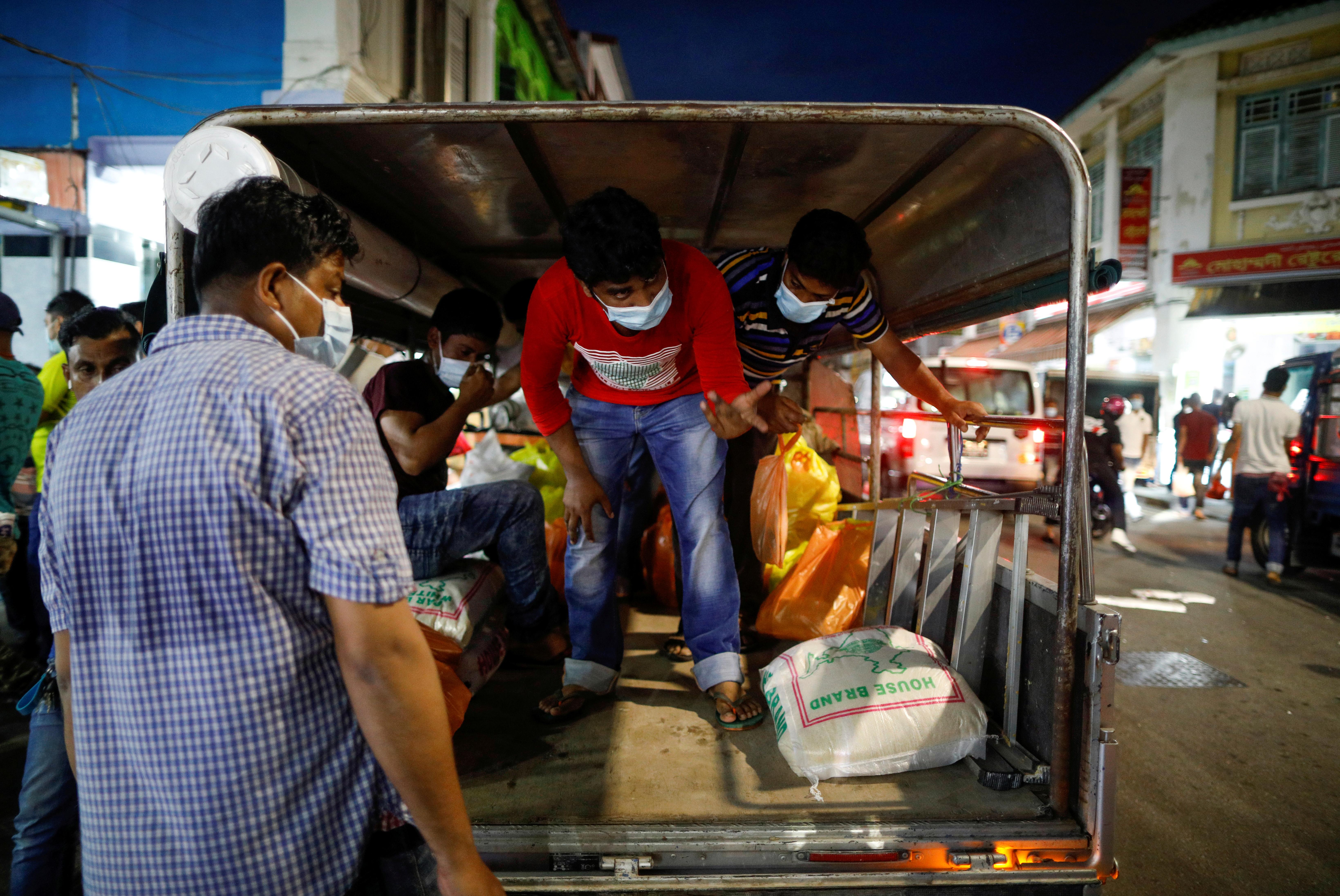 In Singapore, he said, “living conditions for many migrant workers do not favour social distancing”.

Majidul Haq, a 25-year-old Bangladeshi worker, stays at one packed quarantined dormitory where authorities say over 700 people have tested positive.

“It is difficult to not think about the probability of getting the virus,” he said.

Tags: Coronavirus, HEALTH, SINGAPOR, US
You may also like
Recent News:
This website uses cookies to improve your user experience and to provide you with advertisements that are relevant to your interests. By continuing to browse the site you are agreeing to our use of cookies.Ok