About 20,000 coaches and several stadiums across the country to be modified into medical facilities, officials say. 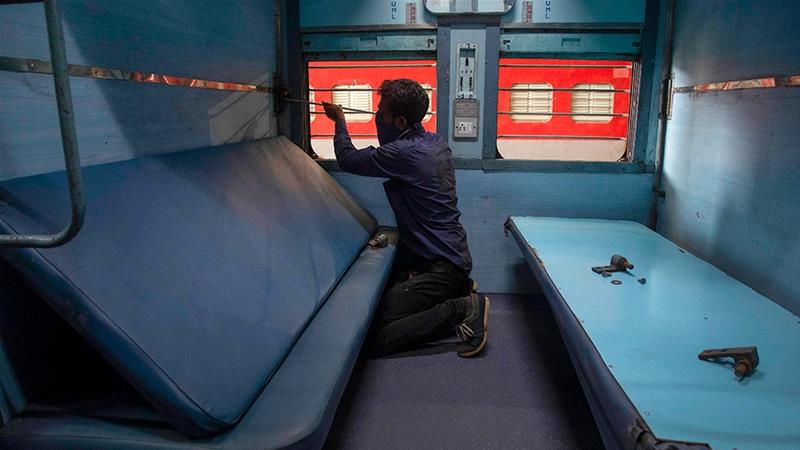 India has begun converting railway carriages and sport stadiums into isolation wards to deal with an anticipated surge in coronavirus cases.

Indian Railways on Wednesday said work had begun on modifying 20,000 carriages into medical facilities, with each carriage containing 16 beds.

This means that a total of 320,000 patients could be cared for in the “quarantine coaches”, a statement from the railways said.

India is a week into a national lockdown, with 1.3 billion people told to stay at home as the country attempts to check the spread of the virus. But there has been a spike in COVID-19 cases this week, with authorities confirming 1,637 infections and 38 deaths. 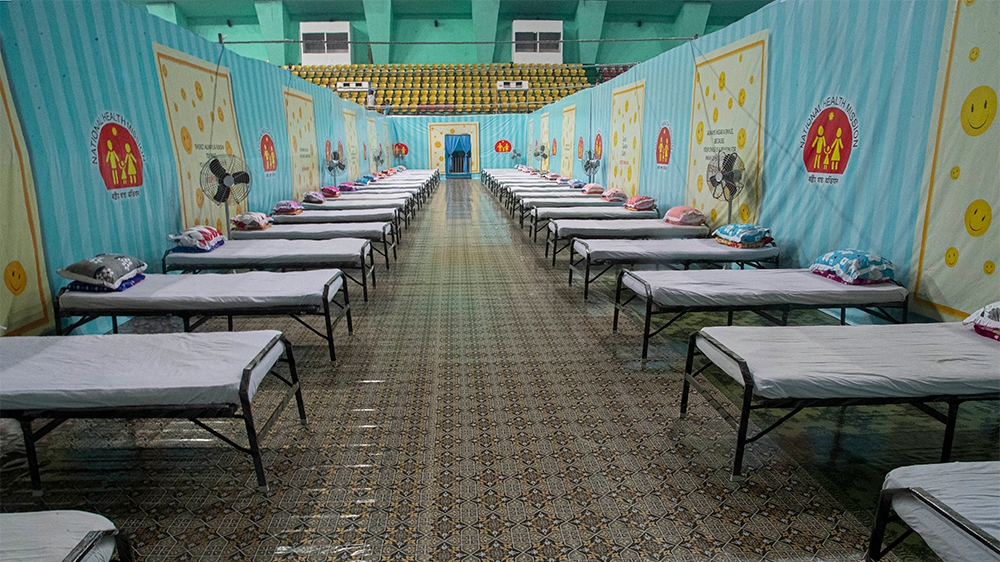 There are worries that India’s beleaguered healthcare system may be overwhelmed with the surge in cases. The country lacks doctors and paramedics as well as critical medical equipment like ventilators to deal with the outbreak of COVID-19, the potentially fatal respiratory disease caused by the coronavirus.

Apart from converting railway coaches, Indian states have also begun converting sports stadiums into quarantine facilities and temporary hospitals, taking a cue from other countries which resorted to similar measures to cope with the huge number of cases.

In New Delhi, Chief Minister Arvind Kejriwal announced that the Jawaharlal Nehru stadium would be converted into a quarantine centre to deal with the rising numbers of COVID-19 patients in the city.

Similarly, the Gachibowli stadium in the southern city of Hyderabad that was used to quarantine passengers coming from abroad, will now have a 1,500-bed isolation and treatment centre.

Authorities in the remote northeastern state of Assam that has few cases, have converted the Sarusajai stadium into a quarantine centre with a capacity of approximately 1,000 people.

In the northern city of Chandigarh, a stadium and sport complex was taken over for a completely different purpose. The facilities have been converted into temporary jails to detain those who violate the lockdown, police spokesman Charanjit Singh said. 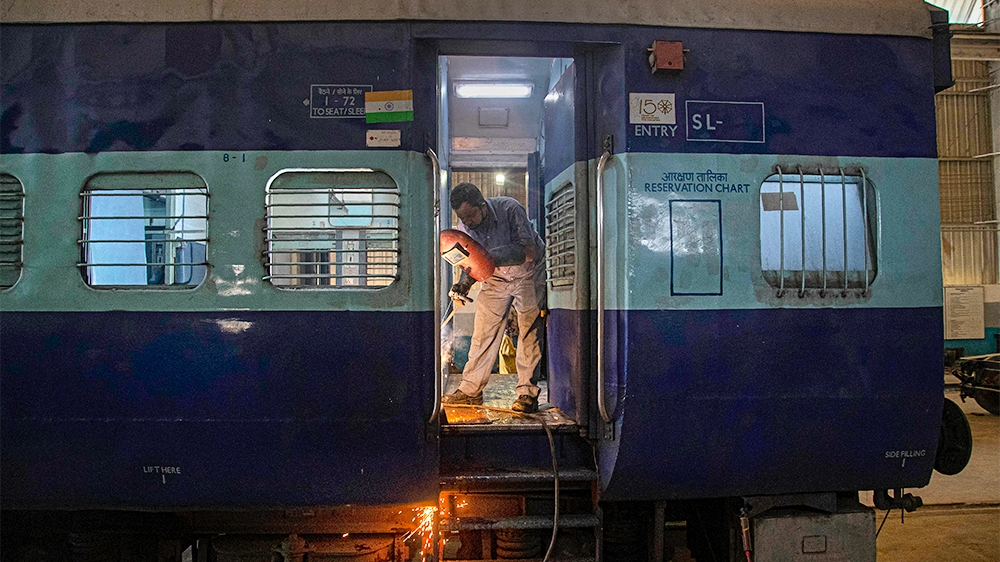 Operational since March 24, 600 people have been held in the facility, counselled about sanitisation and social distancing and let go by the evening, Singh added.

Medical experts say India faces the threat of community transmissions, particularly since hundreds of thousands of migrant workers made long and dangerous journeys back to their home towns and villages, defying the lockdown.

In the eastern state of Jharkhand, as authorities sealed land borders and roads, desperate workers and their families waded and swam through waters near a dam to reach their villages in the neighbouring West Bengal state, local official Vijendra Kumar said.

Similar scenes were noticed in the Haryana state a few days ago, where workers took the river route and used rubber tubes and boats to reach their homes in Uttar Pradesh state, local media reported.