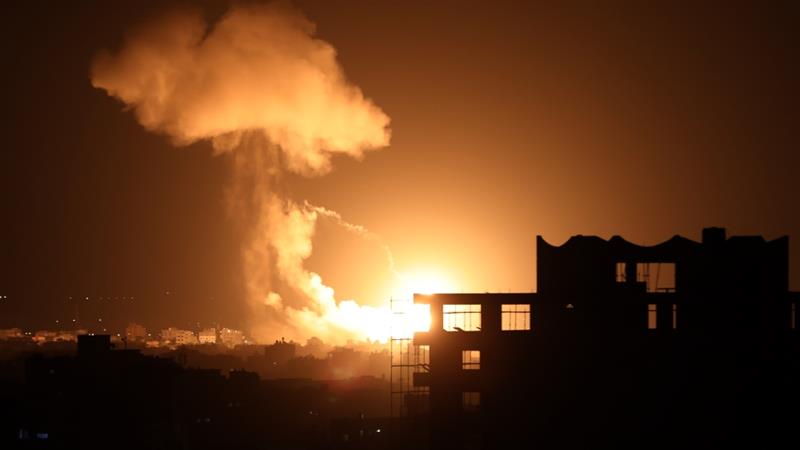 Israeli warplanes bombed the Gaza Strip for the eighth consecutive night after alleging that Palestinians had fired a rocket into southern Israel.

The latest attacks came as Israel warned Hamas – the group that governs the Strip – it was risking “war” by failing to stop incendiary balloons being launched across the border.

Hamas security sources said Israeli warplanes and drones struck several facilities that belong to the Qassam Brigades, the armed wing of the movement.

In a statement released shortly before midnight (21:00 GMT), the Israeli military said “fighter jets and [other] aircraft struck additional Hamas military targets in the Gaza Strip”.

“Earlier tonight, a rocket was fired and during the day, explosive and arson balloons were launched from the Gaza Strip into Israeli territory,” it said. “During the strike, a military compound belonging to one of the special arrays of the Hamas terror organisation was struck.”

Egyptian security officials shuttled between the two sides in a bid to end the flare-up, which has seen more than a week of rocket and fire balloon attacks from Gaza and nightly Israeli reprisals.

Israeli President Reuven Rivlin issued a warning to Hamas during a visit to firefighters in the area who said they were called out to 40 blazes caused by Palestinian incendiary balloons on Tuesday.

“Terrorism using incendiary kites and balloons is terrorism just like any other,” Rivlin told them, according to a statement from his office.

“Hamas should know that this is not a game. The time will come when they have to decide … If they want war, they will get war,” said Rivlin, whose post is largely ceremonial.

Israel and Hamas have fought three wars since 2008.

A Hamas source told AFP news agency talks were held with an Egyptian delegation in Gaza on Monday before it left the territory for meetings with the Israelis and the occupied West Bank-based Palestinian Authority.

The Egyptian delegation was expected to return to Gaza after those talks were concluded, the source added.

Israel banned fuel imports into Gaza on August 12 as part of punitive measures over the launch of incendiary balloons from the Strip, banned fishing off Gaza’s coast, and closed the Karam Abu Salem (Kerem Shalom) goods crossing – cutting off deliveries of fuel to the territory’s sole power plant.

Power had been in short supply even before the shutdown, with consumers having access to electricity for only eight hours a day. That will now be just four hours a day using power supplied from the Israeli grid.

The International Committee of the Red Cross (ICRC) warned on Wednesday that halting Gaza’s only power plant would create problems in the health sector.

The ICRC said on Facebook the reduction of the daily electricity supply from eight hours to three or four hours increased the burden on hospitals, which already operate precariously in Gaza.

Underlining that the power cut will make it difficult for people to access water, it said environmental problems could also arise.

Since 2007, the Gaza Strip has been crippled by an Israeli blockade that has deprived its roughly two million people of vital commodities including food, fuel, and medicine. 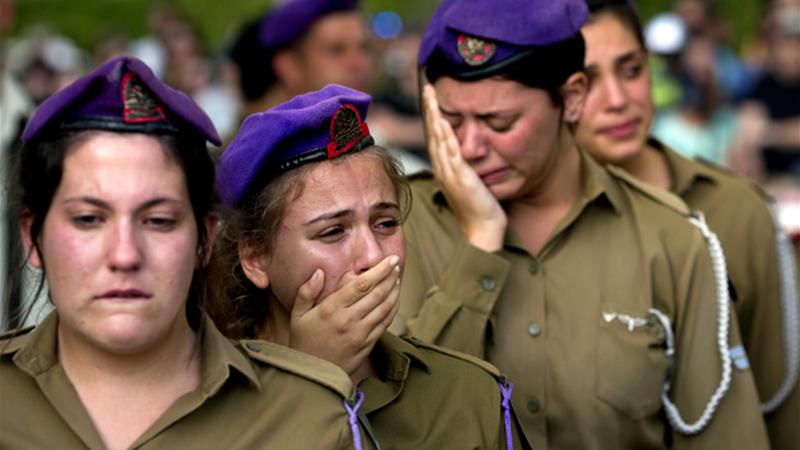 Tags: after, bombs, Gaza, ISRAEL, warnin
You may also like
Recent News:
This website uses cookies to improve your user experience and to provide you with advertisements that are relevant to your interests. By continuing to browse the site you are agreeing to our use of cookies.Ok