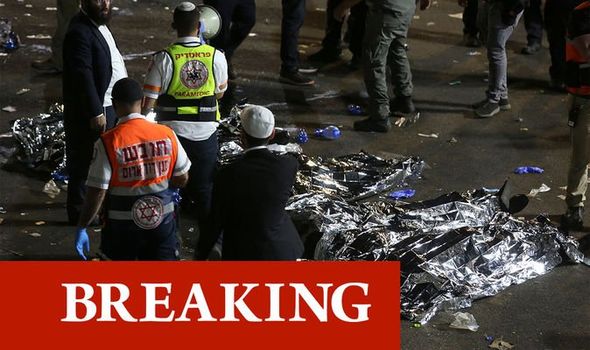 Magen David Adom, the country’s emergency services, also said that 44 people were in a critical condition and about 103 were injured.

Six helicopters were called to transport the injured to hospitals.

Tens of thousands of people had gathered at Meron in northern Israel to celebrate the religious holiday Lag B’Omer.

Police said that the stampede was triggered after revellers slipped on steps, causing many more people to fall over.

“Some of the wounded are still being treated at the scene.”

Another eyewitness described seeing people die next to them.

“In that hurry we fell on each other, I thought I was going to die.

“I saw people dead next to me.”