The day after Toronto police say they solved the 1984 cold case murder of Christine Jessop, the nine-year-old’s family sat down with Global News to describe how they’re feeling.

“Relief that we finally have the answer we waited for, angry about who it is, frustrated, sad,” said Kenny Jessop, Christine’s older brother. “Like anything in this case, it couldn’t be a simple answer … it had to be someone we knew well.”

Police announced that Calvin Hoover was matched using genetic genealogy based off a DNA sample from Christine’s underwear. Investigators confirmed Hoover was 28 at the time of the murder and that he died in 2015.

Kenny and Janet Jessop, Christine’s mother, confirmed to Global News they knew Hoover and his then-wife Heather. Kenny and Christine would play with their children and the families would get together for barbecues.

Nine-year-old Christine went missing on Oct. 3, 1984 in Queensville, Ont., and her remains were found three months later on New Year’s Eve in a rural part of Durham Region.

The little girl had been raped and murdered.

Police said Christine had plans to meet up with a friend that evening at a nearby park but that she never showed up. She was last seen buying a pack of gum at a local convenience store, close to her home.

Kenny said the revelation that Hoover was his sister’s murderer “came out of the blue,” though he said he always had an inkling the killer would be someone they knew.

“There were three people my mother told that morning we went to visit my dad in jail and that Christine wasn’t coming,” he said, adding he had forgotten that his mother had told Hoover’s wife.

Kenny said he doesn’t really remember Hoover but his face was familiar to him when police released his photo on Thursday.

The case drew national attention, especially when police charged the Jessop family’s neighbour, Guy Paul Morin, in the nine-year-old’s death. However, in 1995 Morin was exonerated due to advancement in DNA testing. He had served 18 months in prison.

Morin issued a statement through his lawyer on Thursday, the only statement he will be making, he said.

“I am relieved for Christine’s mother, Janet, and her family, and hope this will give them some peace of mind. They have been through a dreadful ordeal for 36 years since they lost Christine in 1984,” the statement said.

“I am grateful that the Toronto Police stayed on the case and have now finally solved it. When DNA exonerated me in January, 1995, I was sure that one day DNA would reveal the real killer and now it has.”

For the Jessop family, they too were relieved for Morin.

For Janet, the mother just said she wishes her daughter had a chance to live.

“She should have had that chance,” she said, describing Christine as a tom boy who wouldn’t hurt a fly.

As for anyone or any other family who may be going through something similar to the Jessop family, Janet had this to say:

“Just hang in and never give up hope.”

Kenny and Janet both said they are closer now than they’ve ever been before, describing themselves as each other’s “pillars of strength” throughout the decades-long ordeal.

Police are still asking for the public’s help for information on Hoover to determine a timeline as to his whereabouts and the last moments of Christine’s life. 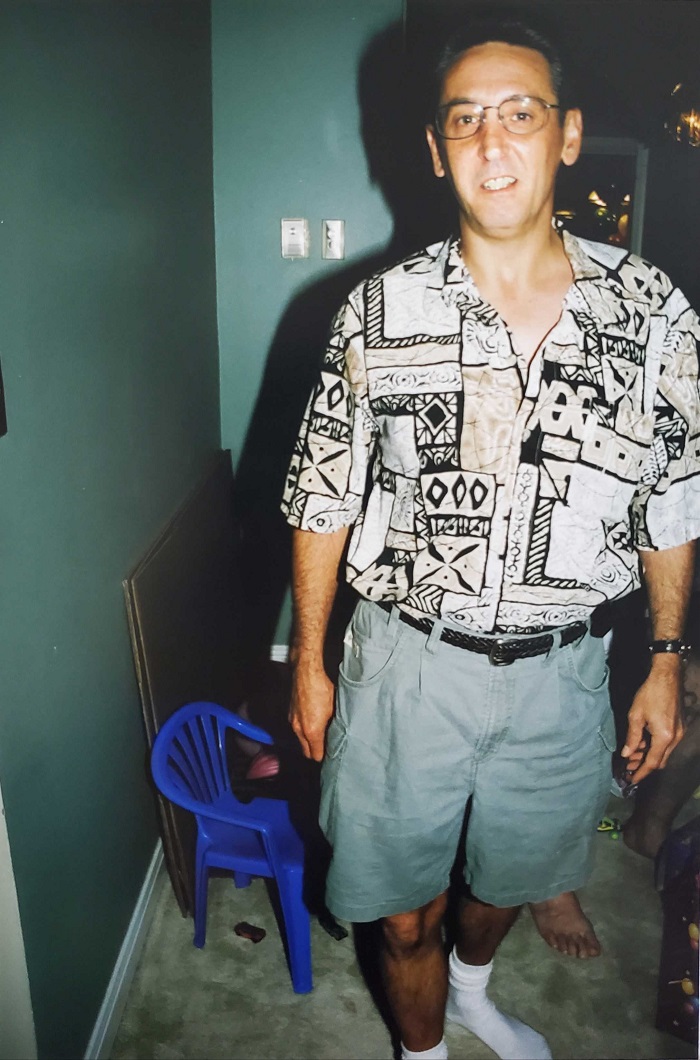