WASHINGTON — The linchpin of President Biden’s climate plan faces a perilous path through the Congress, as scientists say nations must move now to aggressively reduce the pollution that is heating the planet and the United States is trying to reassert a leadership role in that global effort.

The central tool of Mr. Biden’s plan, known as a clean electricity standard, would require power companies to gradually ratchet up the amount of electricity they generate from wind, solar and other sources until they’re no longer emitting carbon dioxide.

On paper, it seems a no-brainer. Some version of it has been approved by 29 states from Washington to Virginia. The idea is popular among Democratic and Republican voters. And experts say it is one of the most effective ways to cut the pollution from burning oil, gas and coal that is driving climate change.

But in trying to push a nationwide standard through a bitterly divided Congress, Democrats are considering a politically risky move: attaching it to a fast-track maneuver known as budget reconciliation, which allows some bills to pass with a simple majority. That would require the support of all 50 Democrats, including Senator Joe Manchin of West Virginia, the state second only to Wyoming in coal production.

Mr. Manchin, who chairs the Senate Energy Committee, has been noncommittal when it comes to a clean electricity standard. Republican leaders on Capitol Hill say forcing utilities to turn away from coal, oil and gas will mean higher electric bills. The fossil fuel industry says it will harm reliability of the power grid.

Even supporters of the idea are at odds over how to design a national standard. And some Democrats question whether it’s aggressive enough.

Much is at stake. Without meaningful climate legislation this year, Mr. Biden will be left with executive action, some of it sure to be challenged in court, to meet his ambitious goals to pivot the country away from fossil fuels and prove to the world the United States is serious about global warming.

This year is “the last best chance for the world to get on a legitimate track,” said former Secretary of State John Kerry, Mr. Biden’s global climate envoy, during a recent interview in Rome, where he was meeting with European counterparts. A clean electricity standard is the best way at the moment to “make up for lost time” under former President Donald J. Trump, Mr. Kerry said.

The last time Congress tried to enact major climate change legislation was 2009 when it failed to pass a complex market-based system to cut emissions. Democrats were trounced in the following midterm elections and lost the House, in part because of Republican claims that they were intent on driving up electricity costs. 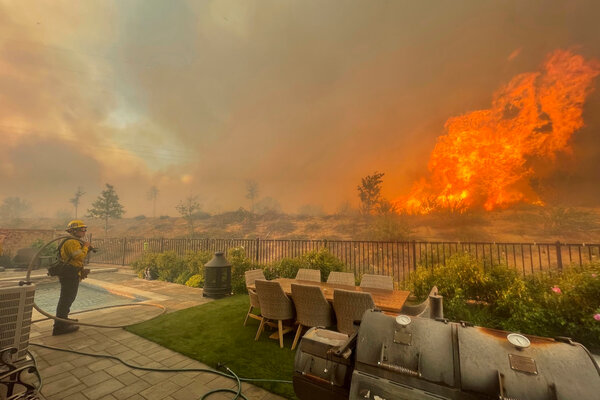 But the political landscape has shifted. Wind and solar are now cheaper than coal and natural gas. Americans also are witnessing the real-time consequences of climate-fueled disasters like wildfires in California and stronger hurricanes battering their communities. Democrats are more unified around tackling climate change than a decade ago, and Mr. Biden won the White House based in part on a promise to enact the most aggressive climate agenda in history.

Perhaps most significantly, some major utilities are for the first time rallying around the idea of a clean electricity standard.

In recent weeks, 13 publicly owned utilities announced support for an aggressive measure that would eliminate 80 percent of fossil fuel emissions from the sector by 2030. The American Public Power Association, which represents about 2,000 other public utilities, hasn’t taken a stand. But the Edison Electric Institute, which represents privately owned utilities and whose former president opposed a renewable energy standard in 2007, said it now supports a “well-designed” policy.

“That is different than it has ever been before,” said Representative Diana DeGette, a Colorado Democrat who has been pushing for a national clean energy standard for more than a decade and is drafting a new version.

Edison Electric Institute has opted to support a clean electricity standard, in part because its members so quickly met an objective set by the Obama administration to cut power plant emissions, said Emily Fisher, general counsel for the group. That goal, of cutting the sector’s emissions 32 percent below 2005 levels, was accomplished by 2020 — a decade ahead of schedule.

“I often wish that I could get in a time machine and talk to myself in 2010,” Ms. Fisher said. “I think I would have told her to be more excited about the future. Sometimes in those early conversations it seemed like the future was going to be really hard to accomplish. We don’t feel that way anymore.”

Republican leaders, however, shrugged off signs of growing industry support and indicated they intend to fight Mr. Biden’s plan.

“We all want to make energy as clean as we can as fast as we can, and do it in ways that don’t raise costs for American families,” said Senator John Barrasso of Wyoming, adding that he is focused on energy prices and jobs in energy industries for his constituents. “But what the president is proposing is raising energy costs significantly.”

Studies on the effects that clean electricity standards have had on consumer prices are mixed. Lawrence Berkeley National Laboratory and the National Renewable Energy Laboratory evaluated several programs and concluded that they raised electricity bills by an average of 2 percent in 2017.

But more recent research from the University of Chicago of various clean electricity standards in 29 states and the District of Columbia found that, seven years after imposing a standard, prices rose by about 11 percent. That study was also criticized by many energy experts who argued costs may increased because of other policies approved at the same time as a clean electricity standard.

After he returned the United States to the 2015 Paris climate accord, President Biden committed to cut carbon emissions roughly in half by 2030 and also eliminate fossil fuel emissions from the power sector by 2035.

The White House has called for a clean electricity standard as part of its $2.3 trillion infrastructure package. It has preferred that approach over a tax on carbon emissions, a method that many economists say would be the most efficient way reduce emissions but is unpopular among many Republicans and some progressive Democrats.

Negotiations between the White House and Republican congressional leaders over the infrastructure package are continuing. Meanwhile, Democrats are debating the best strategy to pass a clean electricity standard, several House and Senate aides said.

The administration has offered few details about such a standard, other than it should include nuclear energy and should also incorporate technology to capture and store carbon dioxide emissions, which could allow some fossil fuel plants to continue operating. Energy experts said both nuclear energy and carbon capture will be required to reduce emissions. They also will be critical to gaining Republican support, if there is any to be had.

The Edison Electric Institute also remains concerned about some of the targets being discussed as well as ensuring the reliability and affordability of electricity, Ms. Fisher said.

One of the most consequential questions to be decided by lawmakers is whether to characterize natural gas as a “clean energy,” something the gas industry wants. When burned, natural gas produces half the carbon dioxide of coal. But it releases methane, a greenhouse gas far more potent than carbon dioxide (though it has shorter staying power in the atmosphere). Much of that gas has been extracted through the controversial method known as fracking. Progressives have indicated they will fight any measure that includes anything other than renewable energy like wind, solar and geothermal power.

“You can’t have a truly clean energy system that includes fracked gas,” said Mitchell Jones, policy director at Food and Water Watch, one of more than 600 environmental group that signed a May 12 letter to House and Senate leaders. The group rejected gas “with or without carbon capture sequestration” and what it called other “false solutions” like nuclear.

Other supporters of climate legislation like Senator Sheldon Whitehouse of Rhode Island, said they worry the administration’s plan is too narrowly focused on the power sector.

While electricity generation was responsible for 25 percent of the greenhouse gases emitted by the United States in 2019, the transportation sector produced about 29 percent, according to the Environmental Protection Agency. Manufacturing and industry produced another 23 percent. Commercial and residential buildings were responsible for 13 percent, and agriculture contributed 10 percent, the agency said.

Mr. Whitehouse wants a package of solutions, including a tax on carbon emissions. But he said Democrats understand they have a short window during which to act and it is closing fast.

“ The danger to us, primarily, is that we get into our traditional Democratic circular firing squad and quarrel with each other rather than taking on the common enemy of carbon emissions and a very malign fossil fuel industry apparatus,” Mr. Whitehouse said. “This is a really important moment and perhaps our last chance.”

While some Republicans have supported clean electricity standards in the past, environmental activists said they don’t believe Democrats can win over 10 GOP senators, the number needed to break a filibuster.

Senator Mitt Romney of Utah in a recent interview said he is “looking at” a clean electricity standard but believes a tax on carbon pollution is a better approach. Senator Susan Collins of Maine said she was willing to “review” a federal standard but also made no commitment.

Without Republican help, Democrats would have to try to pass a clean electricity standard through budget reconciliation. That approach requires only a simple Senate majority, but the legislation must be crafted in a way that changes federal spending or revenue.

And they would have to win over Mr. Manchin, who has expressed concern both about using the reconciliation process as well as a clean energy standard.

Scott Segal, a senior partner at Bracewell LLP, which represents utilities and other energy industry clients, said Democrats could undermine their efforts on climate change by pushing legislation through without bipartisan support.

“If they try to jam a clean electricity standard through on reconciliation, I think they would likely lose a strong handful of moderate Democrats, and they’d have no chance to pick up moderate Republicans,” he said.

Mr. Kerry said he recently dined with “an unnamed Republican senator who told me outright that he is intending to try to pass a clean electricity standard and believes that there is a critical mass of colleagues who will try to do this because it makes sense.” None, however, have come forward publicly.