TOKYO (Reuters) – Japanese Prime Minister Shinzo Abe, the nation’s longest serving premier, is set to resign due to his worsening health, a source close to a ruling party official said on Friday, sparking a slide in Tokyo stock prices and a rise in the yen. 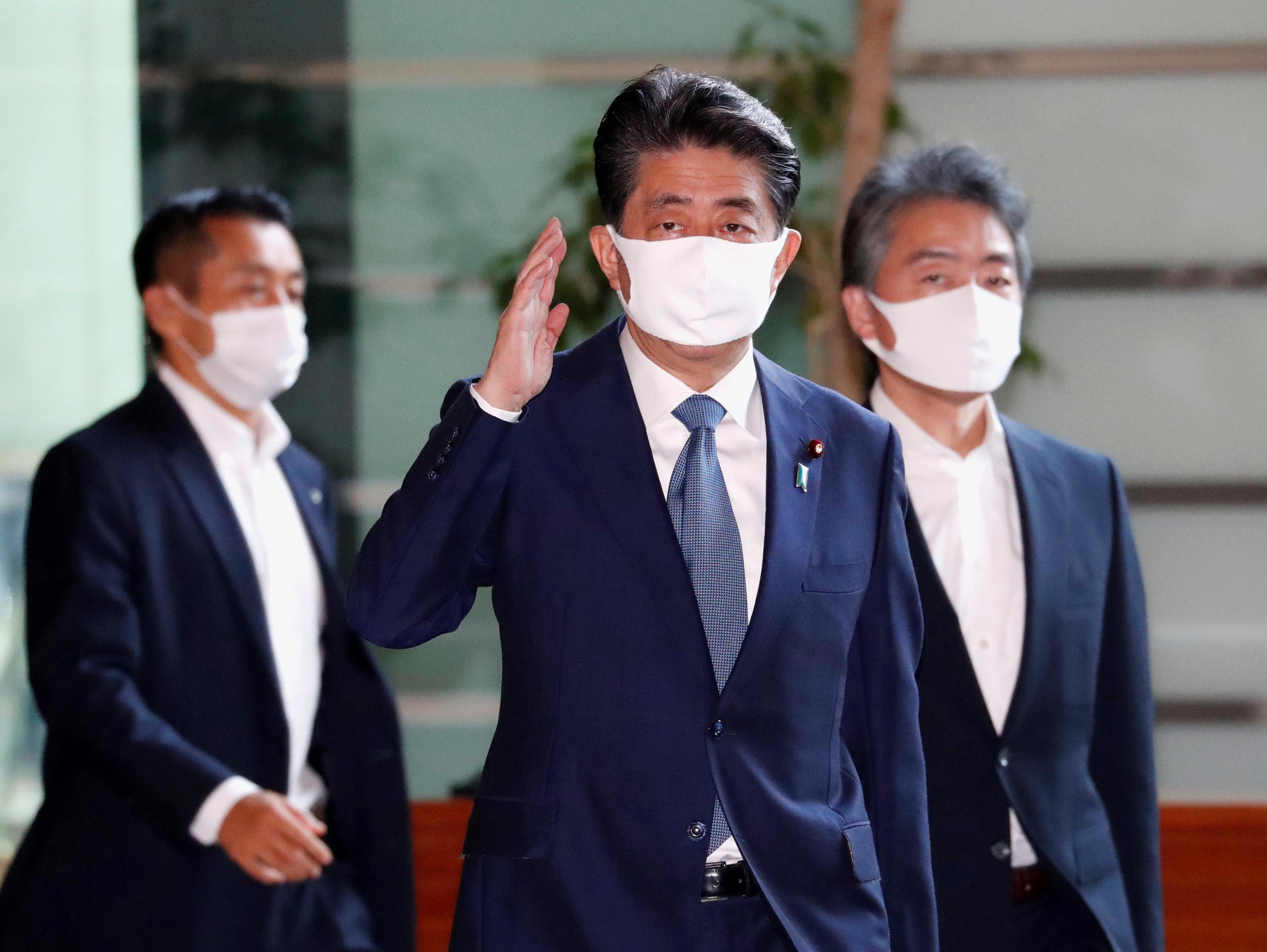 “The resignation is a done deal,” said the source close to a senior official in Abe’s Liberal Democratic Party.

Abe has battled the disease ulcerative colitis for years and two recent hospital visits within a week fanned questions on whether he could stay in the job until the end of his term as ruling party leader, and hence, premier, in September 2021.

Abe’s resignation will trigger a leadership race in the LDP, the winner of which must be formally elected in parliament.

The conservative Abe returned as prime minister for a rare second term in December 2012, pledging to revive growth with his “Abenomics” mix of hyper-easy monetary policy, fiscal spending and reforms. He also pledged to beef up Japan’s defences and aimed to revise the pacifist constitution.

On Monday, Abe surpassed a record for longest consecutive tenure as premier set by his great-uncle Eisaku Sato half a century ago.

Under fire for his handling of the novel coronavirus pandemic and scandals among party members, Abe has recently seen his support fall to one of the lowest levels of his nearly eight years in office.

Japan has not suffered the explosive surge in virus cases seen elsewhere, but Abe had drawn fire for a clumsy early response and what critics see as a lack of leadership as infections spread.

In the second quarter, Japan was hit by its biggest economic slump on record as the pandemic emptied shopping malls and crushed demand for cars and other exports, bolstering the case for bolder policy action to avert a deeper recession.

Abe kept his promises to strengthen Japan’s defences, boosting spending on the military after years of declines and expanding its capacity to project power abroad.

In a historic shift in 2014, his government re-interpreted the constitution to allow Japanese troops to fight abroad for the first time since World War Two.

A year later, Japan adopted laws scrapping a ban on exercising the right of collective self-defence or defending a friendly country under attack.

But Abe proved unable to revise the U.S.-drafted, post-war constitution’s pacifist Article 9, a personal mission that also eluded his grandfather, Nobusuke Kishi, who quit as premier in 1960 because of uproar over a U.S-Japan security pact.

Abe resigned from his first stint as prime minister in 2007, citing ill-health after a year plagued by scandals in his cabinet and a huge election loss for his ruling party. He had since kept his illness in check with medicine that was not previously available.

Tags: ABE, GENERAL, Japan, POLITICS, US
You may also like
Recent News:
This website uses cookies to improve your user experience and to provide you with advertisements that are relevant to your interests. By continuing to browse the site you are agreeing to our use of cookies.Ok