TOKYO (Reuters) – Japan’s Chief Cabinet Secretary Yoshihide Suga is now the most preferred candidate among the public to become the next prime minister, surging in popularity after he entered his party’s leadership race, an Asahi Shimbun survey showed on Friday. 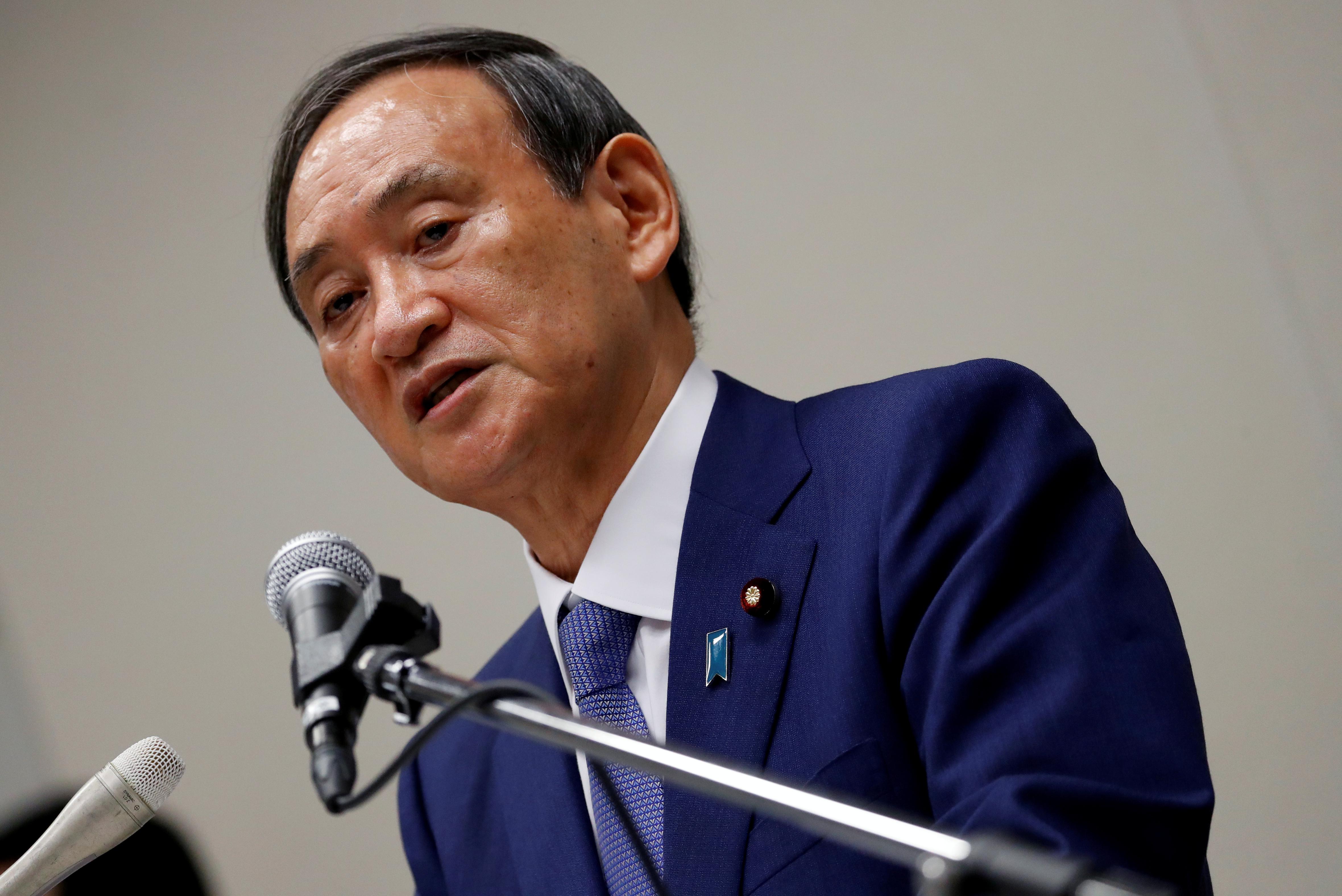 The survey highlights the growing momentum for Suga, the government’s chief spokesman, who emerged as the front-runner to replace Prime Minister Shinzo Abe this week after securing the backing of several of his party’s key factions.

Suga has 38% of the public’s support, ahead of 25% for former Defence Minister Shigeru Ishiba who had previously led several media opinion polls. Fumio Kishida, the ruling Liberal Democratic Party’s policy chief, came in last with 5%.

In a June Asahi survey, Ishiba led a pack of seven potential contenders with 31% while Suga had just 3%.

A longtime aide to Abe, who is resigning due to poor health, Suga said on Wednesday he had decided to run for party leader to avoid a political vacuum during the coronavirus pandemic.

The leadership election is set for Sept. 14 with LDP lawmakers and regional party representatives casting votes. The winner is virtually assured of becoming prime minister because of the LDP’s parliamentary majority.

Suga is arguably the government’s most recognizable face after Abe, having served as chief spokesman for more than seven years and conducting twice daily press briefings.

He is known as “Uncle Reiwa” for unveiling the name of Japan’s new imperial era last year.

The Asahi also polled respondents on the qualities needed to make a good prime minister, with “leadership” coming in first at 37%.

Among those who chose leadership, 43% supported Suga, versus 20% for Ishiba, suggesting his popularity has been bolstered by his high visibility in his role as chief cabinet secretary.

Tags: Elections, Japan, POLITICS, US
You may also like
Recent News:
This website uses cookies to improve your user experience and to provide you with advertisements that are relevant to your interests. By continuing to browse the site you are agreeing to our use of cookies.Ok