The US President had a private meeting with Queen Elizabeth II on Sunday, when she hosted him at Windsor Castle for tea and an inspection of the guard. Their conversation, which took place after several days of hard negotiations at the G7 summit in Cornwall, should have stayed private, as is protocol when meeting the Queen. Instead, Mr Biden revealed to the press that the Queen had asked him about Vladimir Putin and Xi Jinping.

This breach of protocol is the same mistake made by his predecessor Donald Trump, who told ITV’s Good Morning Britain the Queen had described Brexit as “complex”.

However, making this mistake is particularly embarrassing for Mr Biden, it has been argued, because his image is one of a statesman who has been in politics for a long time, so he should know better.

This week, the Mirror’s deputy political editor Ben Glaze chimed in to discuss the overlap with royal and political news. 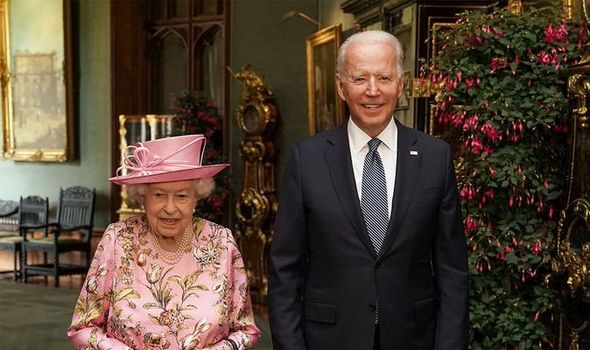 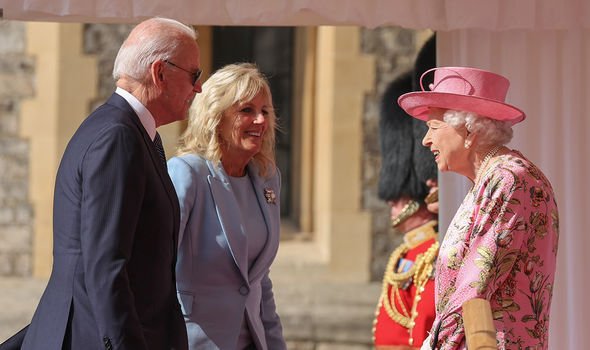 He pointed out that when UK politicians like David Cameron and Boris Johnson have slipped up and revealed what the Queen said to them in private meetings, they were rightly told off.

He argued that it should be no different for the US President and that, given how long Mr Biden has been in politics, he should really know his way around international protocol by now.

Mr Glaze said: “Yeah, I mean we all know what the protocol is with the meeting with the Queen, you don’t chat about it

“David Cameron once blurted out that the Queen purred down the line after he told her that Scotland had voted to stay in the Union. 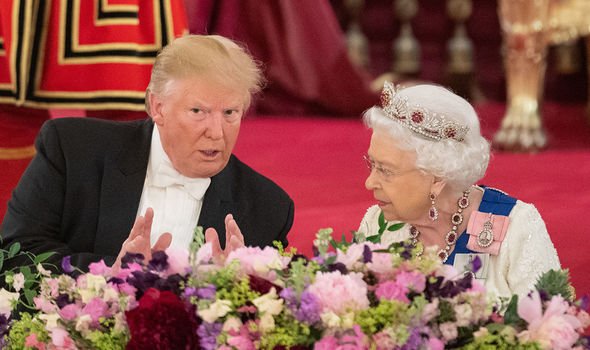 “Boris Johnson, I can’t remember exactly what he said, but he revealed details of a conversation with the Queen ‒ and we all had a go at them.

“Now it’s a US President doing it, we should also have a go at him.

“Whether he wasn’t aware… but bearing in mind that Uncle Joe’s thing has always been that he’s a statesman.

“He’s been in US politics for decades, he should know his way around international protocol in that you don’t go splamming off about a meeting with Her Majesty. 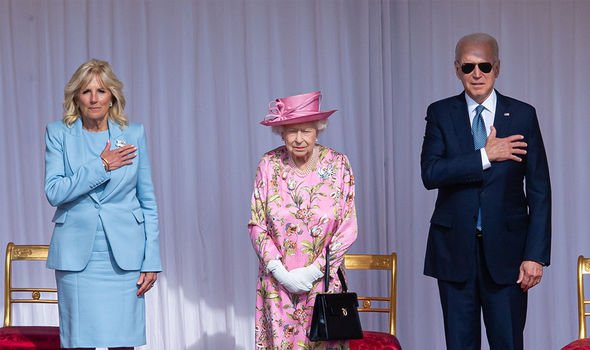 Mr Glaze suggested that one possible alternative explanation is that Mr Biden was aware of the protocol but felt like he had to “throw the US media a bone”.

He explained that the American press pack had not enjoyed their visit at all and had been complaining about access.

Perhaps, he argued, Mr Biden was simply trying to satisfy his own journalists. 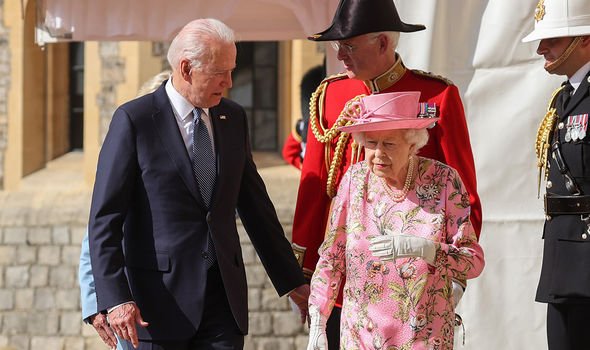 The deputy political editor also suggested that Mr Biden may have slipped up because he “let his guard down”.

He has a gruelling schedule of important international meetings ‒ several days at the G7 doing “high brow politics”, followed by his first NATO summit and a bilateral meeting with Mr Putin.

His meeting with the Queen must have felt like a bit of a breather between these huge events, and maybe that’s why he made the mistake.

Mr Myers said he thinks it is “extraordinary” that the only thing Mr Biden would report is that she asked him about Putin and Xi, when he could have reported back about something far more inconsequential.

He said: “I thought that was pretty tricky to be honest because he’s just revealed a private conversation with the Queen that no other media should have been briefed on

“And again very very interesting that literally the one thing that he said she had asked him was about two of the most troublesome world leaders.”

To subscribe to Pod Save the Queen go to your normal podcast provider.