But Donald Trump, who learned of his defeat while playing golf, promised to take the fight to court and warned: “This isn’t over.” Mr Biden was declared winner after capturing Pennsylvania to push his Electoral College total beyond Trump’s reach. As well as Biden becoming America’s 46th president, Senator Kamala Harris will become the country’s first black vice-president, following the highest turnout in American electoral history, with the pair polling more than 74million votes.

Mr Biden, who turns 78 this month and will become the oldest commander-in-chief to assume office, declared: “I am honoured and humbled by the trust the American people have placed in me and Vice President-elect Harris.

“In the face of unprecedented obstacles, a record number of Americans voted, proving once again that democracy beats deep in the heart of America. “With the campaign over, it’s time to put the anger and harsh rhetoric behind us and come together as a nation in time for America to unite and to heal. We are the United States of America, and there is nothing we can’t do if we do it together.”

Harris tweeted: “This election is about so much more than Joe Biden or me. It’s about the soul of America and our willingness to fight for it. We have a lot of work ahead of us. Let’s get started.”

She also posted a video of the emotional moment she called Biden following his win.

“We did it. We did it, Joe,” she tells him. “You’re going to be the next President of the United States.” 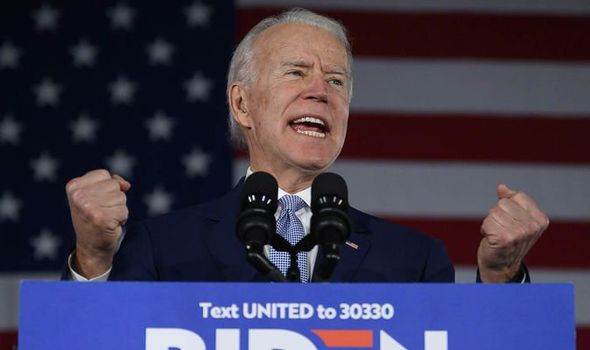 Trump snapped back: “The simple fact is this election is far from over.”

More than 140 million Americans voted in a bitterly divisive election. Trump polled more than 70 million votes himself – the second highest figure in history, behind Biden and Harris.

But last night’s result means he becomes the first president since George H W Bush in the 1990s to fail to secure re-election after one four-year term in the White House.

He has consistently challenged the election, alleging fraud.

He said last night: “Joe Biden has not been certified as the winner of any states, let alone any of the highly contested states headed for mandatory recounts, or states where our campaign has valid and legitimate legal challenges that could determine the ultimate victor.

“In Pennsylvania, for example, our legal observers were not permitted meaningful access to watch the counting process. Legal votes decide who is president, not the news media.”

There was even speculation last night that Trump will refuse to attend his rival’s inauguration in January.

His legal team has filed a string of lawsuits in Pennsylvania, Nevada, Michigan and Georgia, where a recount has been ordered after the first count was too close to call.

Trump’s attorneys also want a recount in Wisconsin and are claiming widespread election tampering, including thousands of fraudulent ballots in favour of Biden being counted with thousands more in favour of the President being dumped.

Trump’s aides have vowed he will take the fight all the way to America’s Supreme Court to challenge Biden’s victory and, earlier in the day yesterday, four of the President’s tweets were flagged by Twitter for “making potentially misleading claims about an election,” according to a spokesman for the social networking giant.

Mr Trump insisted in one tweet: “I won this election by a lot!” But Federal Election Commission commissioner Ellen Weintraub said there is no evidence of voter fraud.

She said: “State and local officials, and poll workers throughout the country, really stepped up. And there have been very few complaints about how this election has run.

“Very few substantiated complaints, let me put it that way. There is no evidence of any kind of voter fraud.” 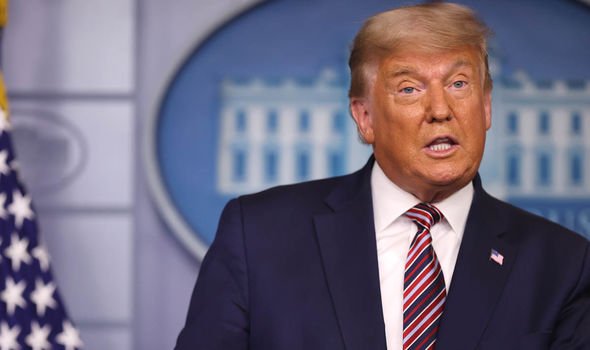 It was a historic moment for the President-elect, who first entered the Senate on November 7, 1972. He updated his Twitter profile to: “President-Elect, husband to Dr Biden, proud father and grandfather. Ready to build back better for all Americans”.

His nod to his wife Jill was particularly symbolic. Throughout the campaign and his life in the Senate she has been his biggest defender and one of his most trusted advisers.

Hillary Clinton tweeted: “It’s a historymaking ticket, a repudiation of Trump and a new page for America.”

Trump’s defeat failed to deter him from repeating his claims the election has been “stolen” from him amid “voter fraud” and “election rigging”. 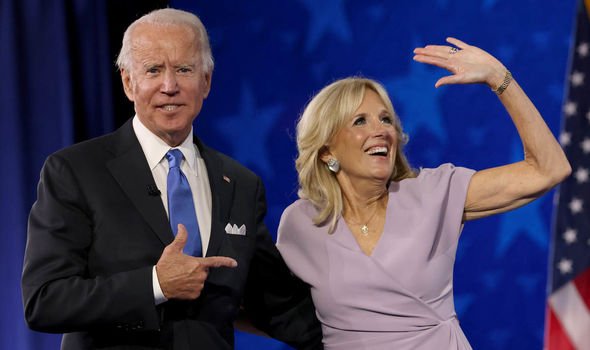 Worried Republicans have begun to voice fears their leader is damaging US democracy and have privately urged the President he needs to admit defeat. But there are fears no one will stand up to the US leader – known as “King Kong” by many in the administration.

Republican leaders have pinned their hope on his favourite child and daughter Ivanka, but an insider told the Sunday Express that she too has not yet conceded defeat.

Republicans are said to have become increasingly angered by Trump’s behaviour, pushing Senate Majority leader Mitch McConnell to step in for the good of the party.

The “grim reaper”, as he is known, has already slapped Trump down over the US leader’s election fraud allegations and demands for the count to be stopped.

McConnell said: “Here’s how this must work in our great country: Every legal vote should be counted. Any illegally-submitted ballots must not. All sides must get to observe the process. And the courts are here to apply the laws and resolve dispute.” 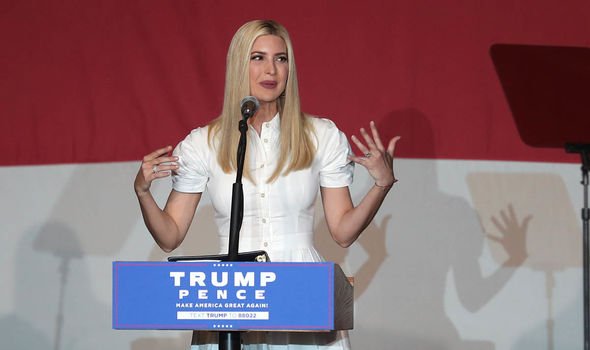 Vice President Mike Pence is said to be too fearful of telling his boss to stand down, while others in the Trump cabinet are equally scared.

Some have called for the only living Republican President, George W Bush, to step in.

The election was fought as America’s Covid death toll climbed to 237,000 with almost 10 million reported cases. Biden has been a constant critic of Trump’s often chaotic approach to handling the pandemic.

It was yesterday confirmed that chief-of-staff Mark Meadows is one of six new White House aides, along with a senior campaign adviser, who have contracted coronavirus just weeks after Trump, First Lady Melania and their son Barron contracted the disease.

Last night, it was revealed that the president-elect is planning to name his own 12-person task force to combat the spread of the virus as early as Monday, although it will have no power to act until January, after he assumes office.

Tags: autoplay_video, headlines, Uploa
You may also like
Recent News: