Egyptian president said he could arm Libyan tribes against the internationally recognised GNA. 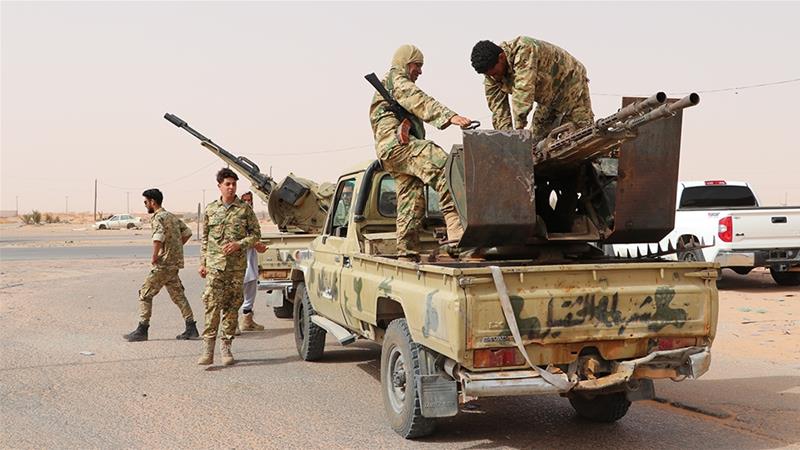 Libya has condemned the Egyptian president for recent comments suggesting Cairo “will not stand idle” against threats to national security and could arm Libyan tribes against the internationally recognised government.

During a meeting in Cairo with tribal leaders from the eastern city of Benghazi on Thursday, President Abdel Fattah el-Sisi said Egypt “will not stand idle in the face of any moves that pose a direct threat to the national security not only of Egypt but also that of Libya” and the region, according to a presidency statement.

“El-Sisi’s talk is a repeat of his previous statements, which is a blatant interference in Libyan affairs,” Mohammed Al-Qablawi told Al Jazeera, adding that el-Sisi’s speech was “not aimed at peace as he said, but it is he who is fueling the [Libyan] conflict.”

He threatened to send in his army if GNA forces captured Sirte, located more than 800km (500 miles) from the Egyptian border.

The GNA, which has been pushing to take the strategic city from Haftar, denounced Sisi’s statements as a “declaration of war”.

Libya, a major oil producer, has been mired in chaos since a 2011 NATO-backed uprising that toppled and killed longtime ruler Muammar Gaddafi.

Since 2014, it has been split between rival factions based in Tripoli and in the east, in a sometimes-chaotic war that has drawn in outside powers and a flood of foreign arms and mercenaries.

Haftar is supported by the United Arab Emirates, Egypt and Russia, while the GNA is backed by Turkey.

Haftar’s eastern-based self-styled Libyan National Army has been on the back foot after Turkish support helped the GNA turn back his 14-month assault on the capital, Tripoli.

In June, Cairo proposed a peace initiative calling for a ceasefire, withdrawal of mercenaries and disbanding militias in the neighbouring country.

The GNA and Ankara dismissed the plan, which el-Sisi unveiled with Haftar at his side.

Earlier this month, UN Secretary-General Antonio Guterres has warned the United Nations Security Council that the conflict in Libya has entered a new phase “with foreign interference reaching unprecedented levels”.

Tags: &#, denounces, Egypt's, LIBYA
You may also like
Recent News: