As October looms, favourable weather conditions could contribute to a return of the swarm of insects. So far this year, the country of 53 million has seen two locust waves cause widespread food insecurity. The arrival of the large grasshoppers into fields of crops coupled with the coronavirus pandemic has cost people their jobs and has dealt a biblical-scale blow to Kenyans.

And now Kenya-based Mission Network News (MNN) reported a third wave of locusts may be around the corner.

A spokesman for Forgotten Missionaries, an American group which works in Kenya, said the impact on rural communities has been devastating.

The man who gave his name as Thabati, said: “They find a route through Rift Valley.

“And Rift Valley is one province that acts as the breadbasket of Kenya. 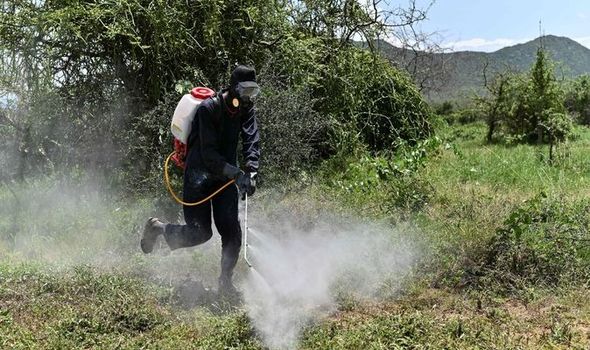 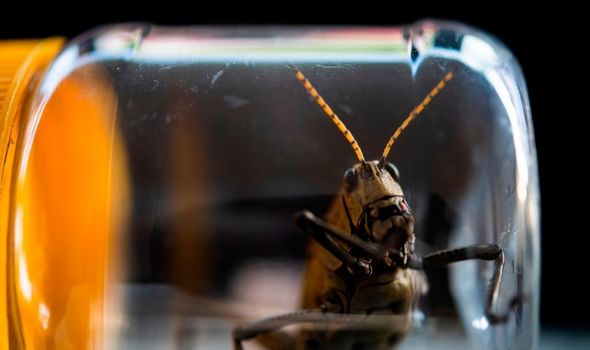 “So they devastated everything, anything that is green.

“And as they were moving, they also left some eggs that hatch after them.”

He said pastors in many areas had to dedicate hours to finding food for families, leaving less time to minister to their congregations. 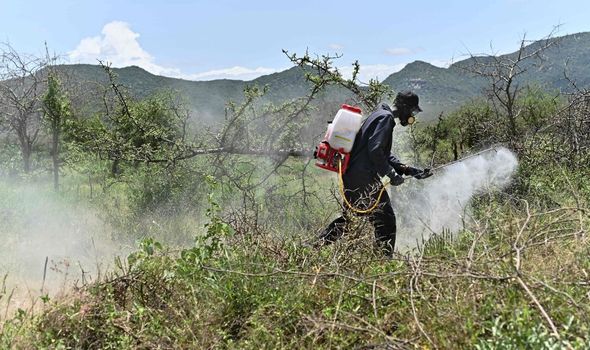 Thabati said his group are working on drawing up a strategy to deal with another bout of locusts.

He added: “We are trying to look for a sustainable way so that when such a strike happens again, or if it continues, we will put our pastors in a position where they can have a food supply, even if the help is not coming immediately [or if locusts strike again].”

Locusts are present on almost every continent on earth. 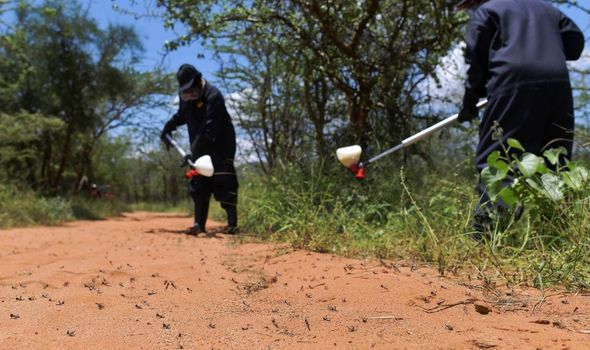 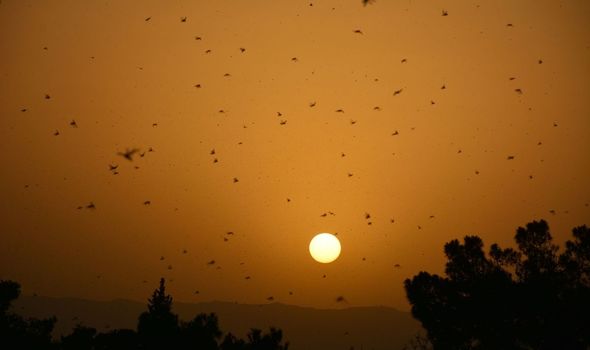 They are large grasshoppers known for their propensity to gather in large, destructive swarms.

There are around 20 known species of the insects.

While many live a solitary life, when they congregate their behaviour changes and they are able to sense when their population density begins to increase.

Hojun Song, an entomologist at Texas A&M University, said the effects can be devastating for farming communities.

He told Live Science: “They become gregarious, attracted to each other. 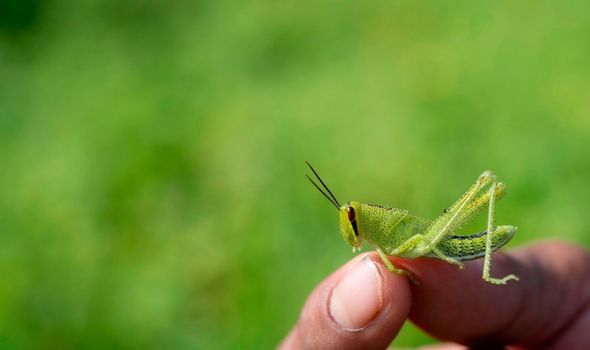 “They eat more [and] develop faster.”

More than 1.7 million Kenyans lost their jobs in the first three months of the COVID-19 pandemic, according to data released by the Kenya National Bureau of Statistics (KNBS).

There have been 36,576 confirmed cases of coronavirus and 642 deaths.

Tags: autoplay_video, ctp_video, locut
You may also like
Recent News:
This website uses cookies to improve your user experience and to provide you with advertisements that are relevant to your interests. By continuing to browse the site you are agreeing to our use of cookies.Ok