New weather charts from Netweather and WxCharts suggest an Arctic freeze is set to grip the UK as temperatures to plunge. Deep bands of snow will fall across northern Scotland and England next week.

Charts by Netweather turn red and show parts of Wales and northern England can expect snowfall on Sunday 7 February.

While on Monday, 8 February, northern England and Scotland are 100 percent at risk of snow, the maps claim.

However, snow depth in parts of Scotland could reach 38cm (14 inches) on the same day. 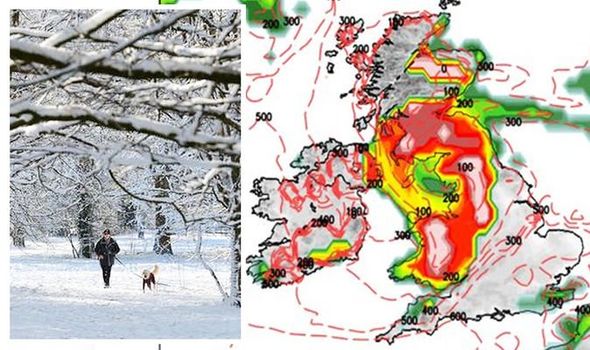 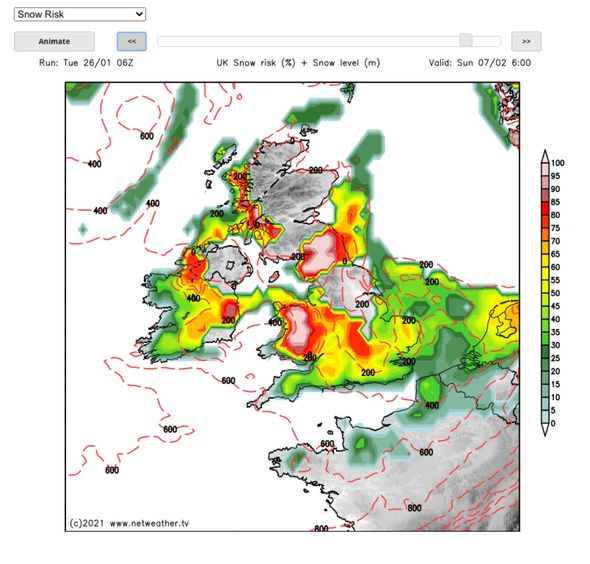 Temperatures are also expected to plunge to lows of -9C with highs of 3C in London on February 8th.

And temperatures will also plummet to as low as -3C in Scotland this weekend on January 31, the charts suggest.

The Met Office said next week’s conditions will be changeable with periods of “wintry weather.”

They added snowfall “could possibly occur” in areas with “colder and milder air masses.” 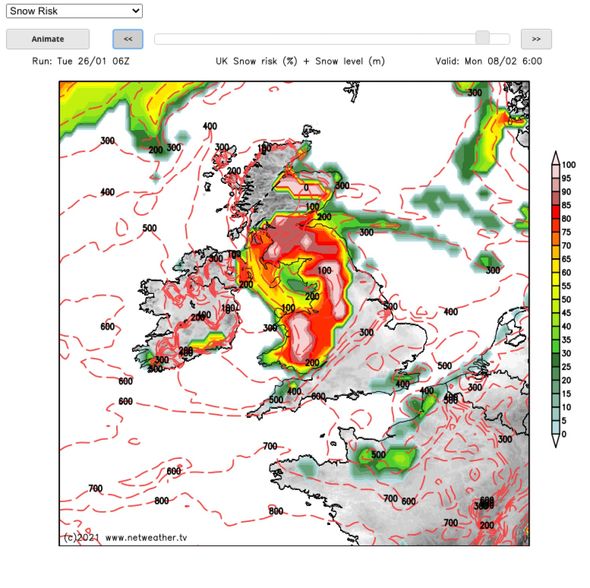 And Terry Scholey at Netweather said: “The beginning of February will be unsettled with periods of rain or wintry showers.

“Strong winds are likely but westerly winds will bring milder temperatures to large parts of the country.

“Snowfall might occur and toward the end of the week, the temperatures are set to plunge again.” 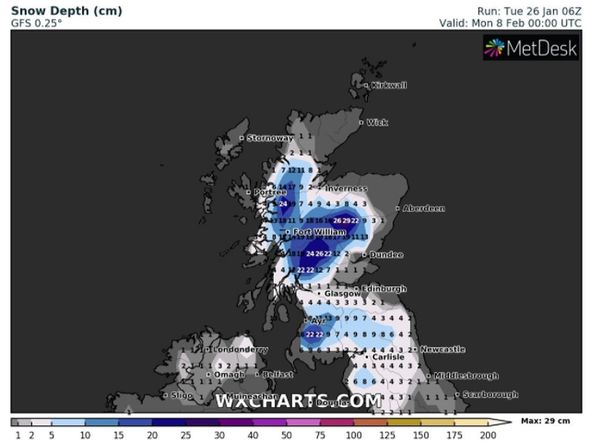 There will also be a slight chance of some wintry weather even to low levels at times.

“High pressure is expected to gradually build over Greenland in early February. This will tend to push the low-pressure track further south.

“This will be a slow process and likely not happen until a bit later in the month. However, there will be plenty of cold air nearby to the north and northeast that will become increasingly widespread.

“The cold snaps in early-February may tend to feel a bit colder than the ones in late-January. This may last for a few more days.” 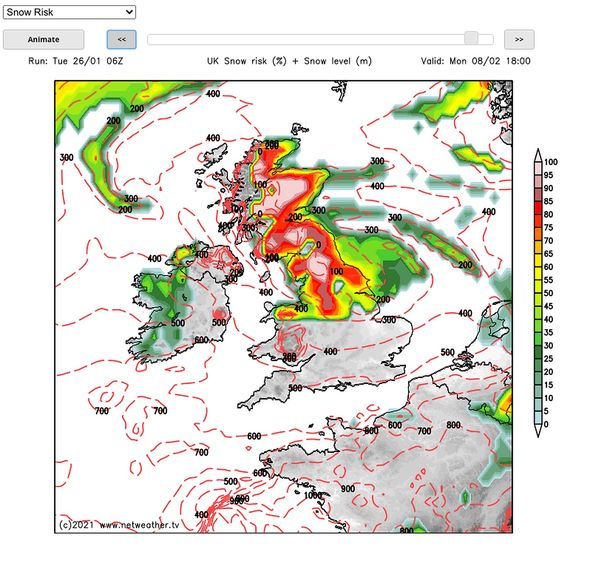 It comes as a yellow weather warning for snow is in place for parts of Scotland and northern England and is expected to last until midnight tonight.

The Met Office has said that hill snow may lead to travel disruption, warning that roads and railways are likely to be affected, with the most prolonged hill snow coming north of the Central Belt in Scotland.

Another yellow weather warning for snow has been issued for all of Thursday and into Friday morning across parts of Scotland and northern England, warning of potentially heavy snowfall on hills in these regions.

Temperatures are expected to stay above freezing in southern and central England on Tuesday evening, but parts of northern England and Scotland could see chillier conditions. 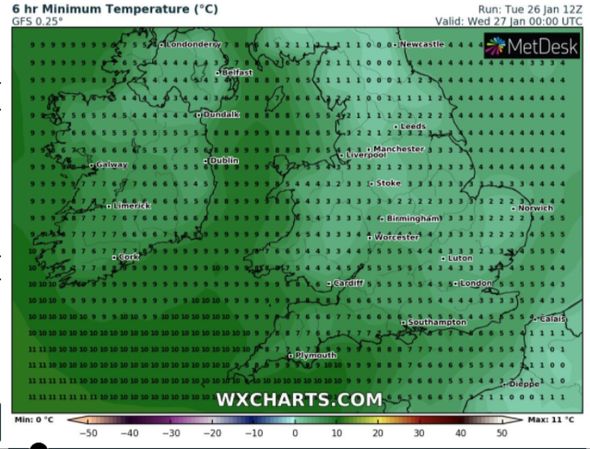 Temperatures overnight tonight are expected to plunge as low as -3C in central Scotland while temperatures will climb up to 8C in parts of the South West.

Met Office spokeswoman Nicola Maxey said of this week: “We’re looking at two to five centimetres in some areas – above 400 metres we could see five to eight, or five to 10 centimetres.”

“It is not the sort of amount we are likely to see on Thursday.