Britain is just weeks away from officially starting the summer season, and many of us are hopeful for warm and sunny weather this year. Temperatures are already starting to heat up, with the Met Office forecasting highs of 28C could be possible later this week. So what is the weather forecast for the next few weeks?

This week the mercury is forecast to rise well into the high 20’s, with thunderstorms also possible later in the week.

Temperatures are expected to creep up from the lower 20Cs on Monday, with startling highs of 28C possible in the latter half of the week.

And according to the latest long-range forecasts, the good weather could be here to stay towards the end of May and start of June. 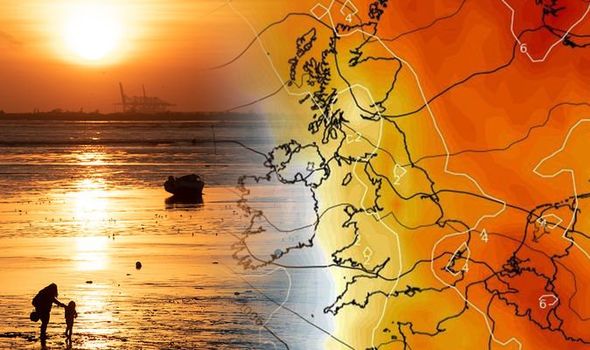 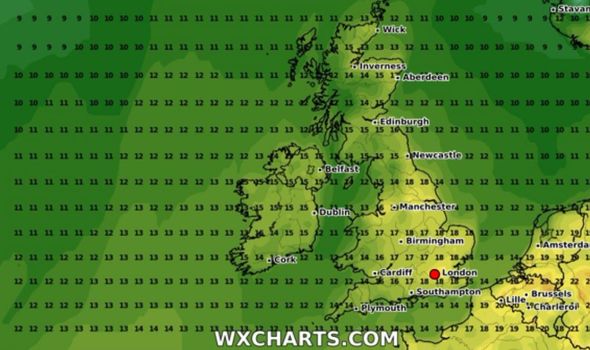 From Friday, May 22 to Sunday, May 31, the Met Office forecast the weather will start “very warm with good spells of long, fine and dry weather throughout”.

Thunderstorms and some rain spells could follow, but temperatures will still remain “above average for this time of year”.

The Met Office said: “However, it is possible that following this, rain will develop across some western regions, perhaps spreading east at times whilst weakening.

“These unsettled periods carry the risk of strong winds, mainly for western areas, and rain may turn heavy at times, however confidence is low for this presently. 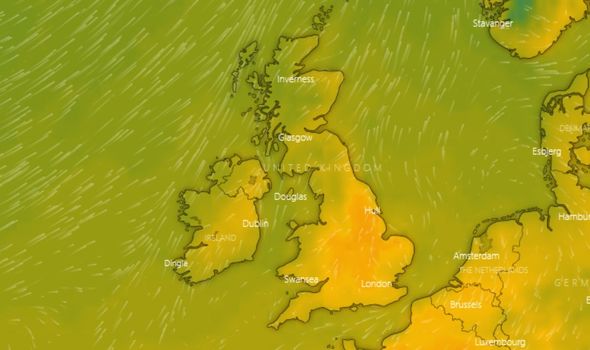 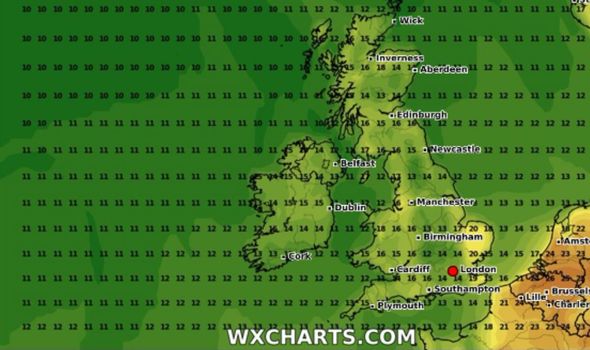 “There is a risk of a few thunderstorms forming ahead of any bands of rain.

“Probably becoming less warm, but temperatures remaining above average for the time of year.”

The end of this period could see a return to much warmer weather.

The Met Office added: “Towards the end of this period it’s possible we will see a return of more settled conditions, with further dry and rather warm weather.”

As May passes to June, the start of the month may also be marked with some hot and sunny weather.

WXCHARTS weather maps, which use data from MetDesk, suggest the start of June will be warm for many parts of the UK.

On June 2, parts of southern and eastern England are forecast to see temperatures into the 20’s.

Central England and the Midlands are forecast to see temperatures between 12 and 16C at this time, while Scotland may also see highs of 18C in some regions. 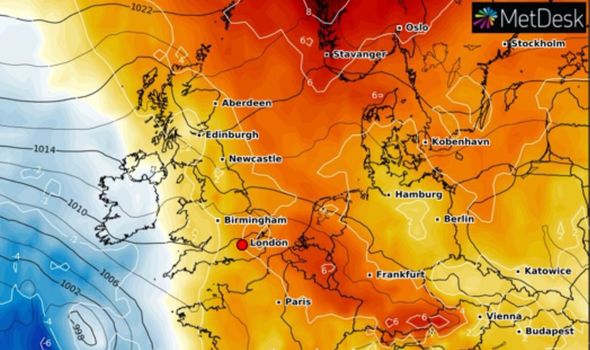 The Met Office long-range forecast states a “return to drier, more settled conditions” is expected at the start of the month.

Any rain will be confined to the north and northwest of the UK, with “slight risk of thundery outbreaks in the south at times”.

In terms of temperatures, the weather will be “tending towards warm”.

The Met Office added: “Temperatures are tending towards warm, and with a lower chance of it being hot at times in the south, although probably returning towards average towards the middle of June.”

Tags: aut, ctp_video, headlines, nation
You may also like
Recent News:
This website uses cookies to improve your user experience and to provide you with advertisements that are relevant to your interests. By continuing to browse the site you are agreeing to our use of cookies.Ok