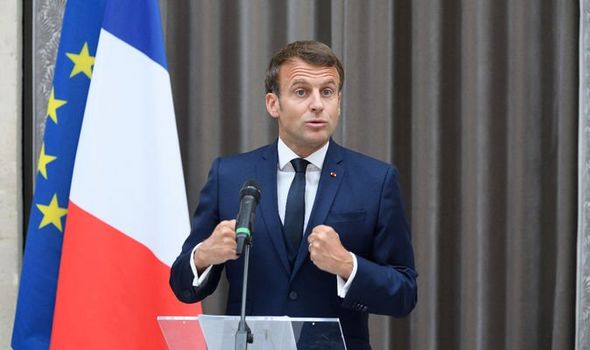 France’s coronavirus death toll reached almost 26,000 on Thursday, the fifth highest count in the world after the United States, Britain, Italy and Spain. “We are going to hit the debt brick wall,” Mr Mélenchon, president of the leftist La France Insoumise (France Unbowed) party, said in an interview with France Info radio. The debt (amassed because of the outbreak) is no longer payable,” he continued, adding that the “economic, social and health crisis” triggered by the novel coronavirus “has only just begun”.

Dark days likely lie ahead even after the lockdown is lifted as the economy struggles to find its feet.

The government expects the economy will contract by at least eight percent this year and has rushed through a crisis package worth 110 billion euros (£96.3 billion), or four percent of GDP.

The rescue package is being used to help keep companies hurt by the lockdown afloat and heavily subsidise furloughs for more than one out of two private sector workers to prevent a wave of permanent layoffs.

But even with the massive use of the furlough scheme, the French economy shed 453,800 workers in the first quarter as companies did not renew temporary employment contracts en masse, the INSEE official statistics agency said on Thursday.

Economic activity in the euro zone’s second biggest-economy is currently down 33 percent from normal levels compared with 35 percent two weeks ago, INSEE said.

Consumer spending, usually the driver of French growth, was down by 32 percent from normal levels. 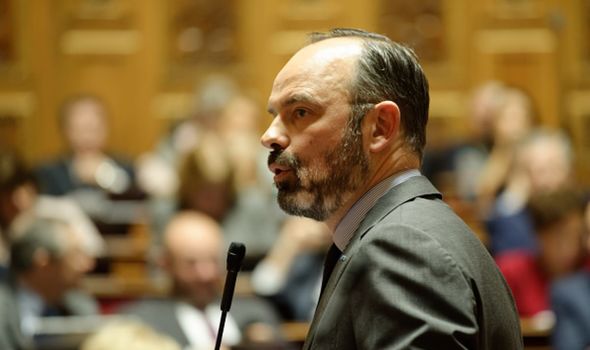 INSEE has been measuring the economic impact of the lockdown since late March by cross-checking a range of data including electricity use and bank card data.

France’s coronavirus-linked death toll hovered below 26,000 on Thursday, as the government said it was moving ahead with plans to loosen the strict restrictions on movement in place since mid-March.

The number of people who have died from a coronavirus-linked infection was up 178 to 25,987, the lowest rate of increase in four days.

However, Prime Minister Edouard Philippe said enough progress had been made in containing the disease and supporting hospitals to begin easing the full lockdown from Monday.

Next week, about 1 million children will return to school and shops will reopen. Cafés and restaurants will remain shuttered but may open from early June if the rate of infection remains low.

France is the fifth hardest-hit country in the world in terms of fatalities, behind the United States, Britain, Italy and Spain.

The Health Ministry said later in the day that the number of people in intensive care units had fallen by 186 to 2,961, below 3,000 for the first time since March 25. The number in ICU – a key measure of a health system’s ability to deal with the epidemic – is now well below the peak of 7,148 seen on April 8.

The number of people in hospital with the virus also fell again to 23,208 from 23,983, continuing an uninterrupted three-week fall and down almost 30 percent from an April 14 peak of 32,292.

Tags: ctp_video, headlines, Uplo, world
You may also like
Recent News:
This website uses cookies to improve your user experience and to provide you with advertisements that are relevant to your interests. By continuing to browse the site you are agreeing to our use of cookies.Ok