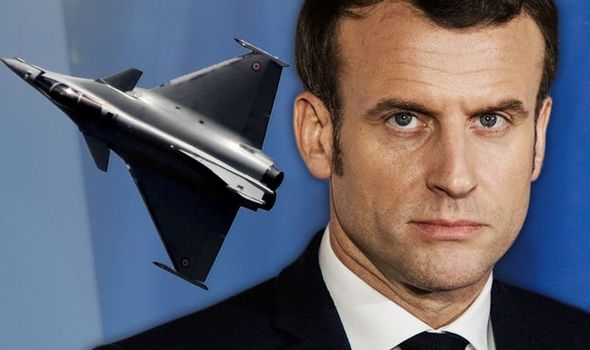 France will send two Rafale fighter jets and the naval frigate Lafayette to the region.

The move is part of plans to increase its military presence amid growing tensions between Turkey and Greece.

In a statement on Wednesday, French President Emmanuel Macron announced France would increase its military presence in the eastern Mediterranean.

Mr Macron also warned Turkey to halt oil and gas exploration in disputed waters that has heightened tensions with Greece.

The statement added that the French President discussed concerns over “unilateral” exploration by Turkey in a call with Greek Prime Minister Kyriakos Mitsotakis.

It said that prospecting should “cease in order to allow a peaceful dialogue” between Turkey and Greece.

Tensions between the neighbouring countries soared this week with the arrival of Turkish seismic research vessel Oruc Reis, accompanied by warships, in a disputed area of the Mediterranean.

Mr Macron’s statement said France will “temporarily reinforce” its military presence to “monitor the situation in the region and mark its determination to uphold international law”.

Tags: FRANCE, headlines, Turkey
You may also like
Recent News:
This website uses cookies to improve your user experience and to provide you with advertisements that are relevant to your interests. By continuing to browse the site you are agreeing to our use of cookies.Ok