Emmanuel Macron was the first European leader to pay a visit to Beirut after the Lebanese capital was caught up in a catastrophic explosion on Tuesday. Mr Macron was seen being mobbed by the crowds as he visited some of the worst-affected areas but an apparent smirk caught on camera sparked furious outrage on social media. One Twitter user said: “Why is he smirking like Beirut didn’t just lose over 100+ lives with thousands injured, hundreds of thousands without a home, in a deadly global pandemic?”

Writer Roqayah Chamseddine commented: “Watching Macron waltz around with a smirk on his face, especially so soon after this tragedy, is nauseating.

“This is the smirk of a vulture looking to further exploit this horror.”

One user said: “Will France’s orientalist, romanticized fascination with the Med and there ME even cease?

“The world sends aid – even the UAE – but France sends Macron, smiles and all.”

JUST IN: Donate to Beirut: How to help Lebanon recover after devastating explosion 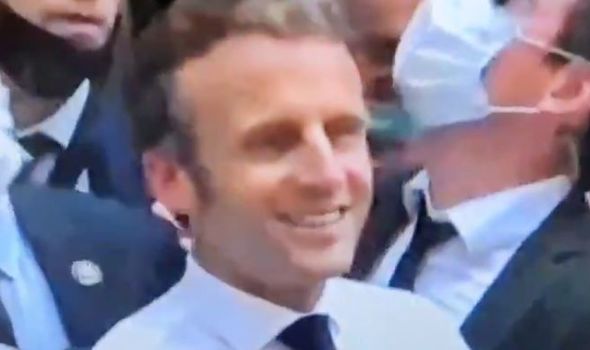 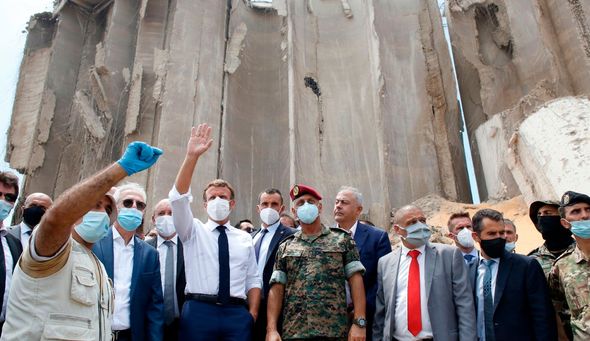 Another wrote: “Nope. It looks more like an opportunistic colonial power trying to take advantage of the misfortune.

“Macron can’t even stop riots on the streets of Paris – or fire in Notre Dame for that matter.”

Some users mockingly suggested Mr Macron smiled at the crowds out of surprise for their welcoming approach compared to the French public.

France’s president has been facing widespread criticism and popularity polls have repeatedly shown a high level of disapproval towards him.

READ MORE: Beirut explosion: Before and after satellite photos expose the devastating scale of blast 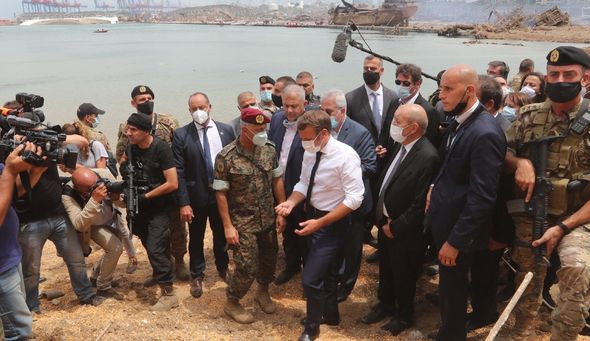 One Twitter user wrote: “He’s never seen people happy to see him before. Check out his poll numbers in France.”

Another said: “He is just shocked and surprised that he is so welcomed, loved and respected in Lebanon way more than in his own country, France!!”

However some social media users defended President Macron, suggesting he was merely smiling after someone had asked him a question.

They said: “He’s not waltzing around with a smirk on his face, he seems to be responding to something being said to him.” 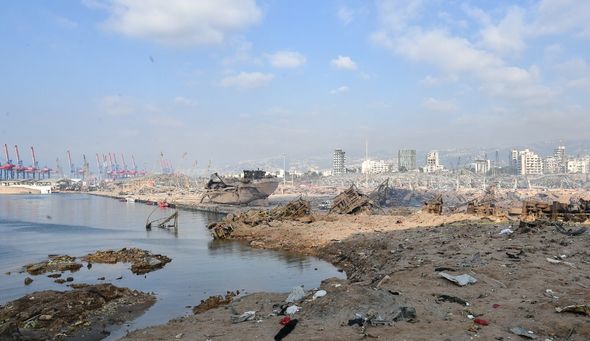 During his visit to Beirut, Mr Macron said he wants France to lead efforts to funnel aid into Lebanon in a bid to help rebuild the city and the vital port link destroyed in the blast.

Lebanon has been struggling under the pressure of the coronavirus pandemic bringing the already-ailing health system to a standstill in addition to a severe financial crisis.

The port of Beirut was the main point of entry for the majority of Lebanon’s food imports and its destruction is expected to have severe consequences on the population.

Widespread protests erupted through Lebanon following the explosion in Beirut, with marchers demanding the resignation of the Government over claims of corruption.