The incident took place on the final night of the Republican National Convention (RNC) on Thursday. Donald Trump addressed the event and received the official Republican nomination for the 2020 presidential election.

He will face Democratic Party challenger Joe Biden in a bid to keep the White House.

Social media focused on the interaction between Melania and Ivanka, amidst reports of a rift between the pair.

Melania smiles broadly as Ivanka approaches the stage, but turns stern and appears to roll her eyes as soon as she has passed.

Ivanka then moves to stand on the other side of the president and gives him a friendly pat on the arm. 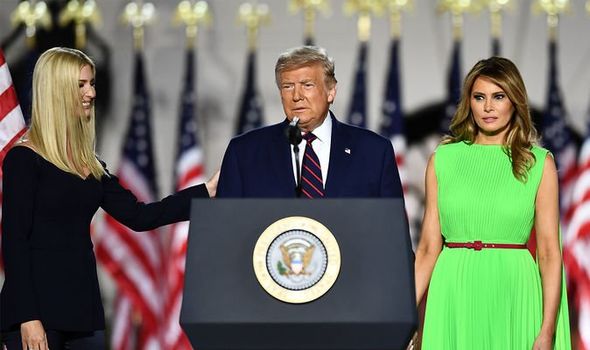 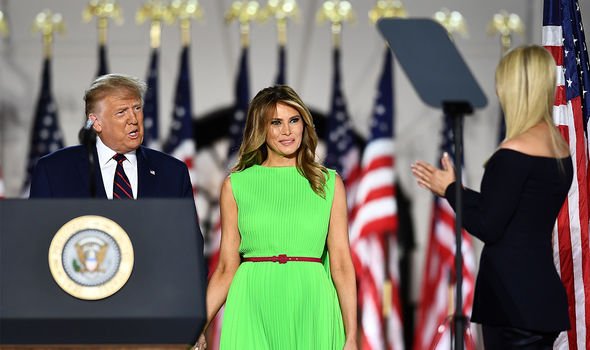 A number of Twitter users commented on the awkward exchange.

In a post with over 38,000 retweets comedian Dana Goldberg said: “This was so weird.”

She later added: “The disdain she has for Ivanka is all of us.” 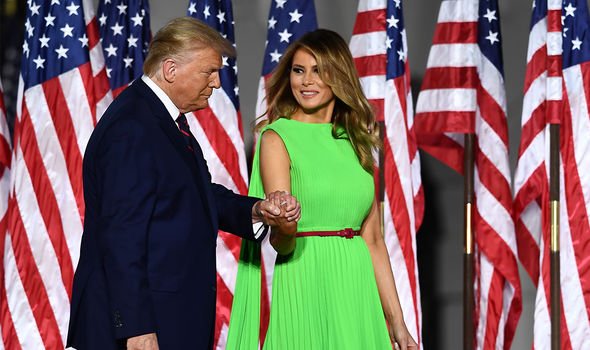 The sentiment was shared by Scott Dworkin, a Democratic Party activist, who shared a video of the moment with the caption “Melania doesn’t seem to like Ivanks”.

One three second clip of Melania’s interaction with Ivanka alone has been viewed more than 17 million times on Twitter.

There are reports a new book by one of Melania’s former close friends will detail the tense relationship between the first lady and her daughter-in-law.

The book, ‘Melania & Me’, was written by Stephanie Winston Wolkoff and will be published next month. 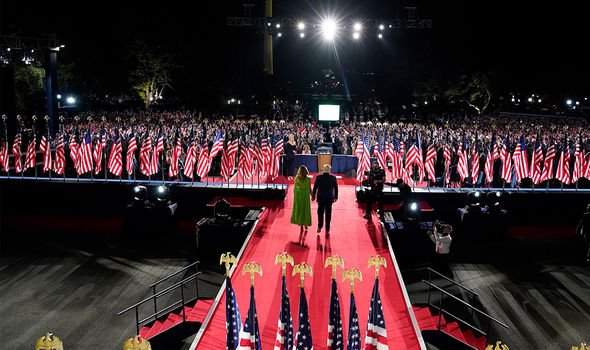 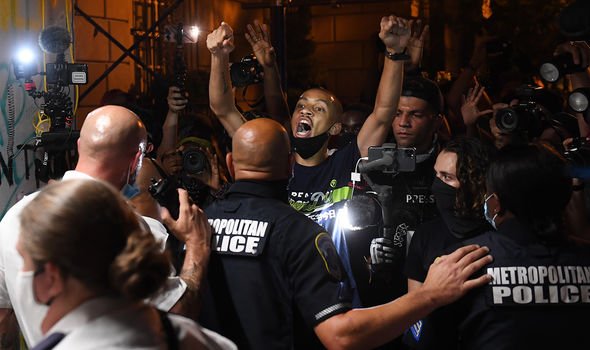 According to CNN Ms Wolkoff claims Ivanka and Jared Kushner, her husband, tried to “control” Melania and reduce her influence.

Both Ivanka and Jared work in the White House as advisers to the president.

Separately People Magazine claims the book contains “shocking” details of attempts by Melania to keep Ivanka away from the main photographs at Trump’s inauguration in 2016.

He said: “If Joe Biden doesn’t have the strength to stand up to wild-eyed Marxists like Bernie Sanders and his fellow radicals then how is he ever going to stand up for you? He’s not.

“The most dangerous aspect of the Biden platform is the attack on public safety.”

Mr Biden fired back at the president on Twitter. 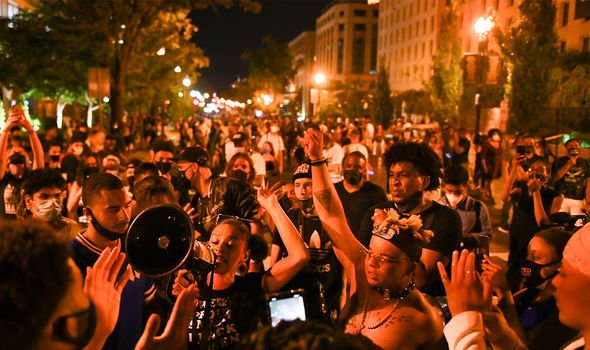 He posted: “Remember: every example of violence Donald Trump decries has happened on his watch.

“Under his leadership. During his presidency.”

American’s go to the polls on November 3 to select their next president.