The yellow warning for wind is in place from midnight on Wednesday to 3pm that afternoon. The Met Office warned of coastal routes and areas will be affected by spray with the potential for large waves, with short term loss of power possible. The forecast for this week says rain and strong winds will be spreading eastwards, with more showers on Wednesday, before the fierce gales return again on Friday.

The Met Office said: “An area of strong wind is expected to affect western parts of the UK on Wednesday. Wind gusts of 55 to 60mph are likely for the far southwest of England and the east of Northern Ireland.

“The strongest winds will affect Cornwall before transferring to part of eastern Northern Ireland later as winds ease from the southwest.

“A band of squally rain will move across the area through the period and may also prove an additional hazard.”

Regions affected include Country Antrim and County Down in Northern Ireland, and parts of the south west including Cornwall, Devon, and the Isles of Scilly. 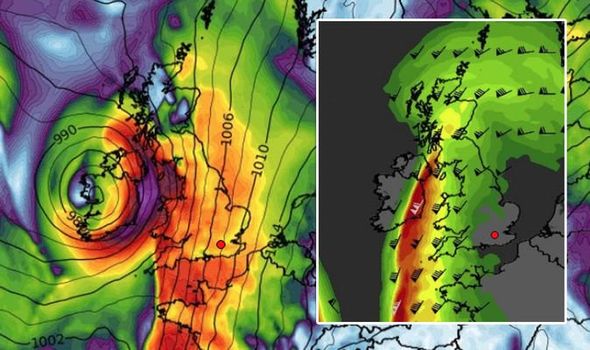 Many people woke to heavy rain this morning and overnight, thanks to a “heavy and squally band of rain and showers” which passed across southern areas during the early hours of today.

The Met Office Twitter account said thunder and lighting could be possible in parts today, especially in the west of the country.

The account tweeted: “Many places seeing further showers at times this afternoon, heaviest and most frequent in the west but some also getting across to more eastern areas.

“Areas of drier and sunnier weather as well and despite it being quite a windy afternoon, it will be mild for the time of year.” 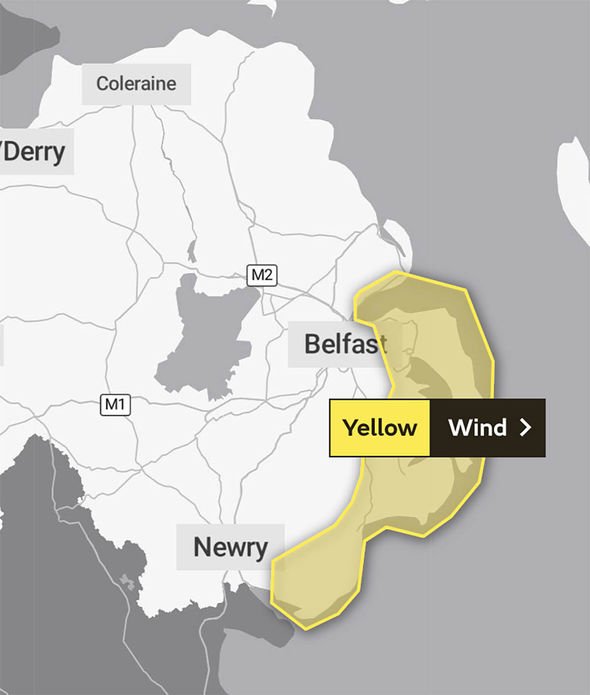 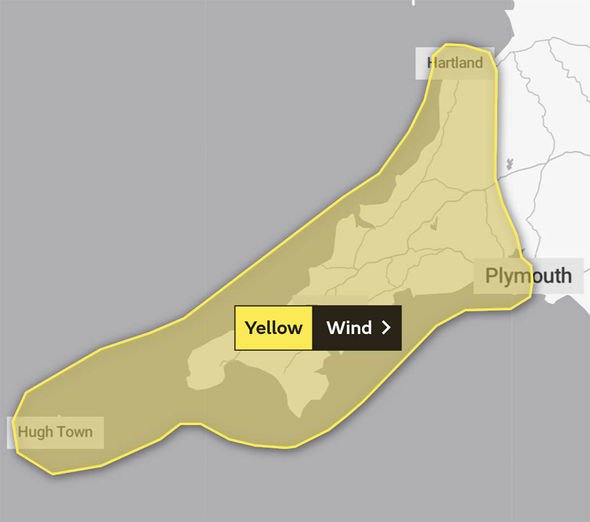 Much of the UK could see blustery patches of weather continue this week, according to BBC Weather forecaster Carol Kirkwood.

As damp and drizzly weather affects much of the country today, parts of the north and the west of the UK are unlikely to shake off the showers – which could merge and become heavier into Tuesday.

The BBC Weather forecaster said: “As we head through the evening and overnight, that front in the southeast eventually clears off with its showers into the North Sea but another coming into the northwest will introduce some rain.

“Many of the showers will be soft and the wind will ease down.

“As we head through tomorrow it’s a similar story in that in the north and the west particularly, we’re likely to see showers, some of them merging to get some longer spells of rain. 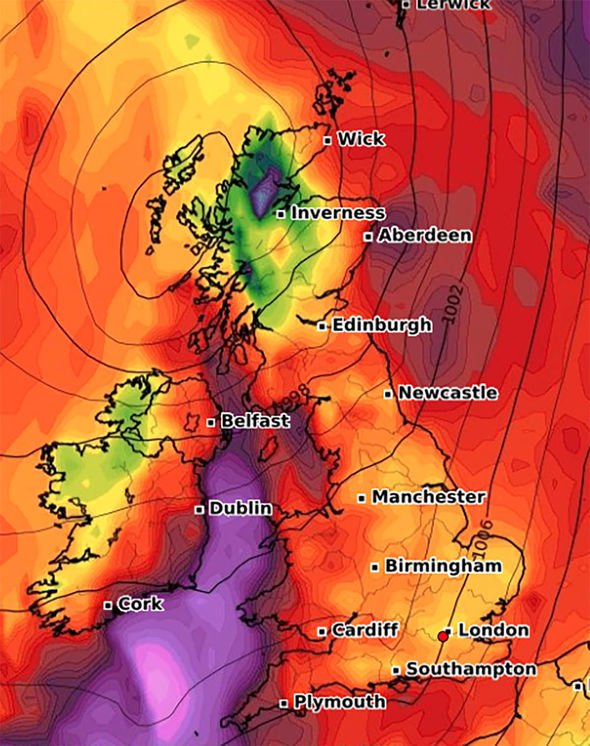 But the BBC warned that as we head into the Christmas week, a cold blast could start to head our way.

“Northern areas could get the odd chilly night with a touch of frost, between the fronts,” the forecaster warned.

With temperatures dropping, could we see a white Christmas?

The BBC said: “For most of us this seems unlikely, but for the higher ground in the north there is a better chance than in the last couple of years. Some recent forecast computer models suggest cold air could push south towards the UK by December 26 and 27, but the signal is still not conclusive.

“Widespread UK snowfall seems very unlikely on Christmas Day itself, but some higher areas in the northern half of the UK have a slight chance.”