Since her husband Barack Obama left office in 2017, Michelle has become one of the world’s most influential figures, highly regarded for her intimate memoir Becoming. The best-seller turned the Obamas into multimillionaires, and along with signing a Netflix contract to produce inspiring documentaries, the couple’s profile has never drifted. An enduring friendship she sparked during her time as First Lady of the United States came with former US President George W Bush, who Mr Obama replaced in 2009.

Over the years, the pair have spoken glowingly about one another, with Michelle reflecting on how “wonderful” Mr Bush is, while the ex-White House chief commented on how the ex-FLOTUS enjoyed his humour.

Their friendship began after the Bush administration was replaced by Obama’s team, and Michelle – along with young children Sasha and Malia – entered the White House permanently.

Speaking on the 2020 documentary Michelle Obama: Life After the White House, Professor Natasha Linstaedt, a government specialist from the University of Essex, examined how the family’s time “growing up” in Washington “probably wasn’t easy”.

But with the help of Jenna and Barbara Bush, Mr Bush’s twin daughters, they began to cope with the difficulties faced while in the most famous political mansion in the world. 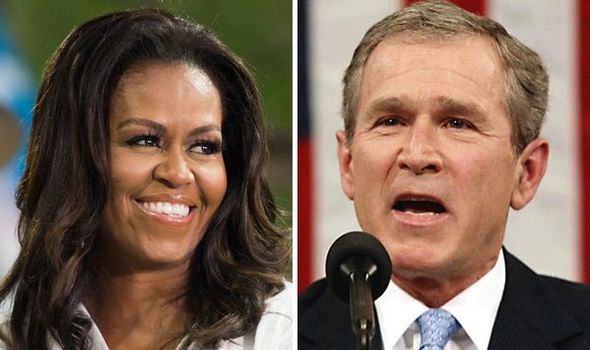 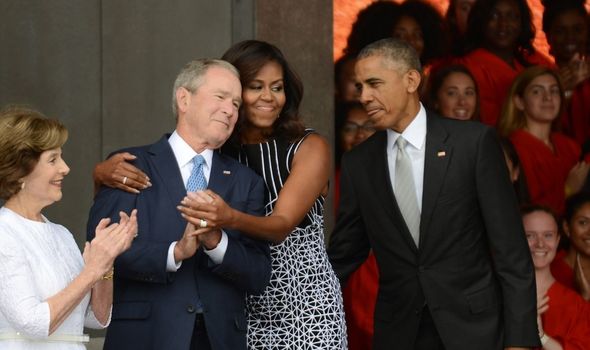 Prof Linstaedt said: “They had some advice from the previous First Children, the Bush twins – Jenna and Barbara Bush. They actually took them under their wing and gave them a lot of helpful advice.

“Something that is notable about those eight years for them, was that there was never anything negatively reported on them.”

She added: “Even since they have become younger adults and are no longer living in the White House, they earned a reputation for just being really solid, well-behaved girls that have been raised well.

“A lot of this has been attributed to the work that Michelle had done in the White House, but also Michelle and Barack as a family, just ensuring that they had some level of stability and normalcy, in spite of the fact they were living in very abnormal conditions.”

Although Mr Bush and Michelle are on completely different paths politically, the former a staunch Republican and the latter a Democrat, during the Obama years in office, the pair developed their strong friendship.

Speaking in 2018, Michelle told NBC’s Today show that part of this growing bond was because at functions they are often seated next to one another.

She said: “President Bush and I are forever seatmates because of protocol – that’s how we sit at all the official functions. 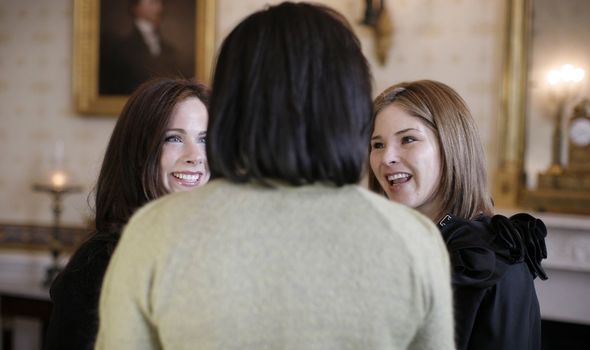 “So he is my partner in crime at every major thing where all the formers gather.”

Mr Bush’s time in office was controversial, and he was regularly attacked for his decisions on invading Iraq, with the likes of TV chat show host Ellen DeGeneres, a known friend of the former President, criticising the move.

But Michelle said “parties don’t separate us”, and after she appeared next to Mr Bush at the funeral of Mr Obama’s former political rival John McCain, the 58-year-old added to NBC: “It’s the messages we send. 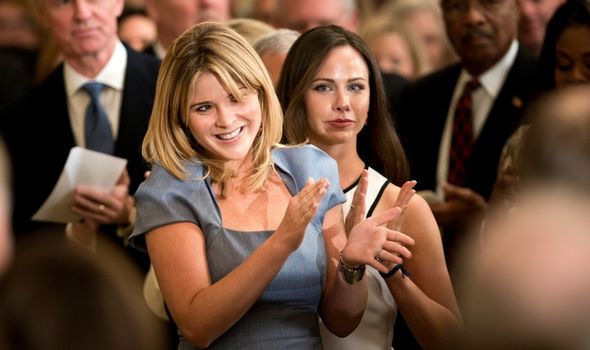 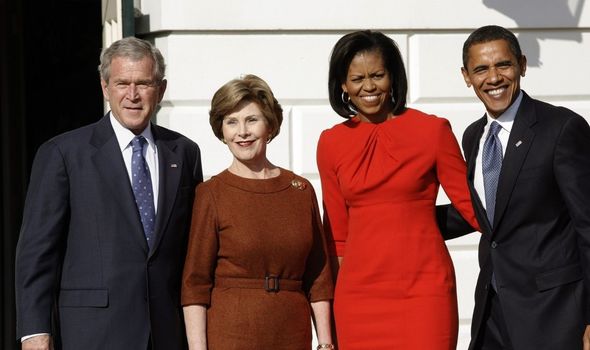 “And if we’re the adults and the leaders in the room, and we’re not showing that level of decency, we cannot expect our children to do the same.”

Her feelings towards Mr Bush, and her daughters, were maintained when Jenna interviewed Michelle three years ago.

The former lawyer told Mr Bush’s daughter that she had spoken to her father in “the highs and lows”, “sharing stories about our kids and our parents”.

She added: “Our values are the same, we disagree on policy. But we don’t disagree on humanity.

“We don’t disagree about love and compassion. I think that’s true for all of us. It’s just that we get lost in our fear of what’s different.”

Tags: autoplay_video, headlines, miche
You may also like
Recent News: