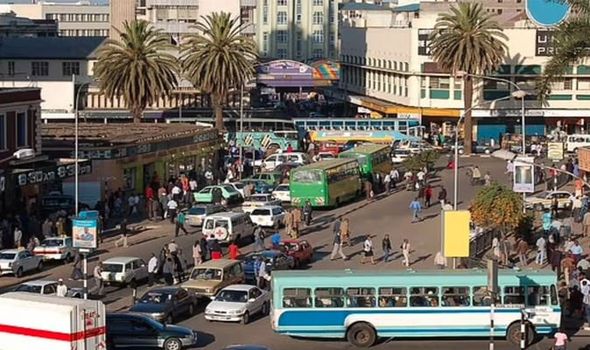 Kate Mitchell, a British national who worked for the BBC’s international charity BBC Media Action, was found dead shortly after an emergency alarm had been activated in her hotel room in Nairobi, Kenya. Police say the window in her room, on the eighth floor, was broken – and the body of the suspect, a man she had been with a while before, was found on the ground outside the hotel.

Nairobi police chief Augustine Thumbi told AFP: “We are investigating circumstances surrounding these deaths, but so far it is apparent the man jumped (out of) the window after killing her.

“The suspected culprit… jumped off the eighth floor of the hotel through the room’s window after sensing that the hotel security might be after him.

“We do not know the motive so far, and these are things the investigators are trying to put together.”

BBC Media Action CEO Caroline Nursey said in a statement: “We are all shocked and horrified by this terrible news.

“Kate was a much-loved member of staff… she was well known across our whole organisation, especially by our teams in Ethiopia, South Sudan, Zambia, and London.

“We send our deepest condolences to her family and her many friends around the world.”

Ms Mitchell had worked with BBC Media Action for 14 years – most recently as a senior project manager in Ethiopia’s capital Addis Ababa.

The organisation, formerly known as BBC World Service Trust, is a donor-funded charity that supports marginalised groups around the world “through creative communication and trusted media”.

It is not thought Ms Mitchell’s death was connected to her work for the charity.

Ms Mitchell’s death echoes the tragic killings of others who have lost their lives while delivering aid in Kenya.

In 2019, the death of Luke Potter, Africa programmes director for the Gatsby Charitable Foundation, in Nairobi shook the world.

He was one of 21 people killed by gunmen who stormed a hotel complex – an attack claimed by al Shabaab, an Al-Qaeda affiliate based in neighbouring Somalia.

According to the Thomson Reuters Foundation, 2013 was the most dangerous year on record for aid workers, with 156 deaths in 265 incidents involving 475 people in countries including Kenya, South Sudan, Syria, Afghanistan and the Central African Republic.